my first concert of motherhood 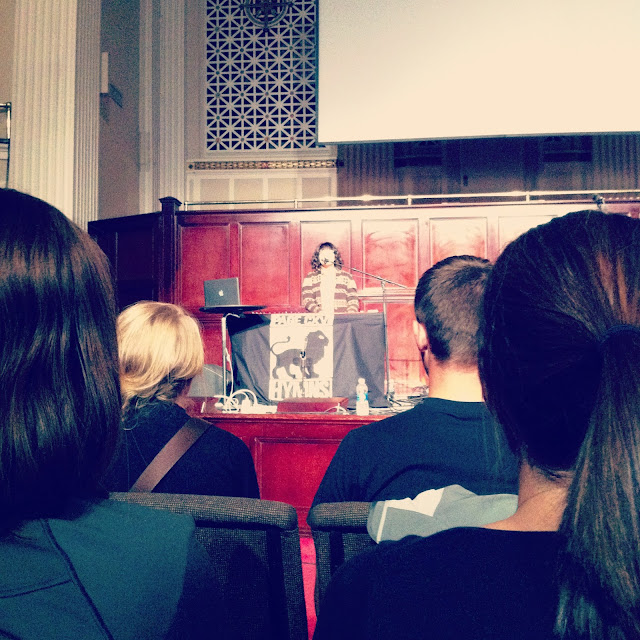 Last week, Colt and I saw Page CXVI and Derek Webb in concert at Frontline.  In the beginning, I was pretty "whatever" about the whole thing.  Yeah, I'm a musician and I love live music but I don't like standing at concerts and that night, I just wasn't in a concert mood.  Turns out, we sat down the entire time and the concert was absolutely amazing.

Obviously I'd heard Derek Webb's music once upon a time and I saw him live in college.  But I never was a crazy fan.  As for Page CXVI, I'd never even heard of them.  My expectation was to sit, drink my decaf mocha, and passively listen to the music being played in front of me.

Page CXVI took the stage and with the first note that came out of her mouth, I was hooked.  They sang several hymns (which is what they do) and some originals (which is what their band under a different name does, The Autumn Film).

They totally sucked me in.  But when she began to sing "Roll Over Me/Joy," I felt like the rest of the room disappeared behind me and I was sitting directly in front of the stage alone.

It was like I had written this song and she was singing it for me.

My eyes started to fill with tears and stayed like that the rest of the song.  She told us the story behind the song and although my story is completely different, I could still relate to the idea of wishing I could sink down to the bottom of the sea.  You can probably relate too.  There are just those moments that you would rather be hidden under rock (because of anxiety, heartbreak, a loss, etc.) than out in the open.  I was so thankful for her honesty that night.  It was a beautiful time of sitting, praying, and reflecting on this journey I've been on and am still on.

Once they finished playing, Derek Webb was up next.  He did about 20 minutes of requests from the audience.  Then, he brought Page CVXI back up to play with him.  They played through his CTRL album all the way through.  I was totally blown away.

(P.S.  Read the short story behind his album here and the hidden meaning behind the story here.)

I was not only blown away by the concept behind all of it, the musicianship, and the flawless execution, but by the chord progressions.  Oh, the chord progressions were fantastic!  I wished so badly I could get out a piece of paper and start doing some harmonic analysis, but that would've probably been odd.  This album is so creative and so well-done.

I highly recommend that you check all this music out.  And while you're doing that, I'll be stalking Tifah from Page CXVI and wishing we could be BFFs.  We totally could be though, right?
Posted by Claire@MyDevising at 9:30 AM