On Saturday morning, Karlie and I forced ourselves to run the Frigid 5 Miler at Mitch Park.  Up until this point in my training the past several weeks, I've only done 3 miles a handful of times.  (In other words, I'm not really following my training schedule.  Oops.)  I was a bit nervous about whipping out 5 miles, but I did better than I expected!  My only goal was to run it in less than 55 minutes.  I did not want to run an 11 minute mile for 5 miles.  But I finished in 51:58 which is around a 10:30 mile.  Hurray! 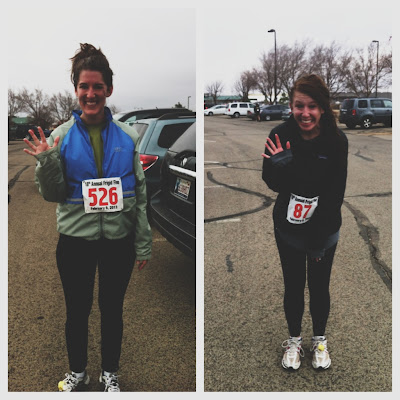 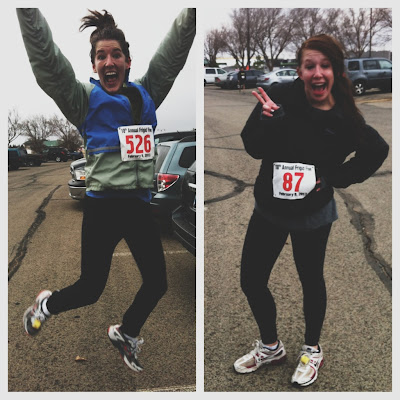 After the race, we ate some Old School Bagels and finalized our set list for this Thursday. 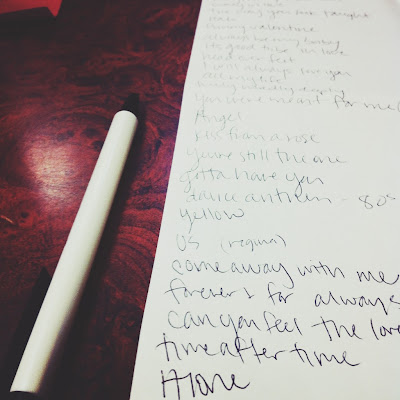 We're playing all your favorite love songs at Cuppies and Joe on Valentine's Day.  Here's a little sneak peek of some of the artists we'll be covering - Beyonce, Regina Spektor, The Weepies, Donna Lewis, and Cyndi Lauper.  Truly, there is something for everyone.  Hope you can stop by on Thursday evening!

Yesterday, just like the rest of the world, I watched the Grammys.  I won't bore you with a play-by-play, but here were some of the most memorable moments for me (good or bad).

1.  When Mavis wouldn't stop yell-singing about putting the load on.
2.  When Melissa Etheridge barked "hey.  ho." with The Lumineers.
3.  When Beyonce and Ellen made each other laugh.
4.  When Justin Timberlake came onto the stage and was totally awesome.
5.  When the "crumbling like pastries" lyricist sang with Elton John.  For serious??  That guy got to sing with Elton John??  Maybe Beyonce and Fergie can team up next.
6.  When Frank Ocean made up that song.
7.  When Taylor Swift opened the show and only sounded just a little bit better than she did on NYE.
8.  When Alicia Keys played those two drums because the regular drummer wasn't good enough.
9.  When Hunter Hayes sang for 5 seconds.  Thank goodness.
10.  When Bruno and Sting joined forces on the only Bruno song I've ever actually liked.  That was some good stuff.

Have a marvelous Monday!

Linking up with:
Sami's Shenanigans
Life of Love
Posted by Claire@MyDevising at 2:54 PM