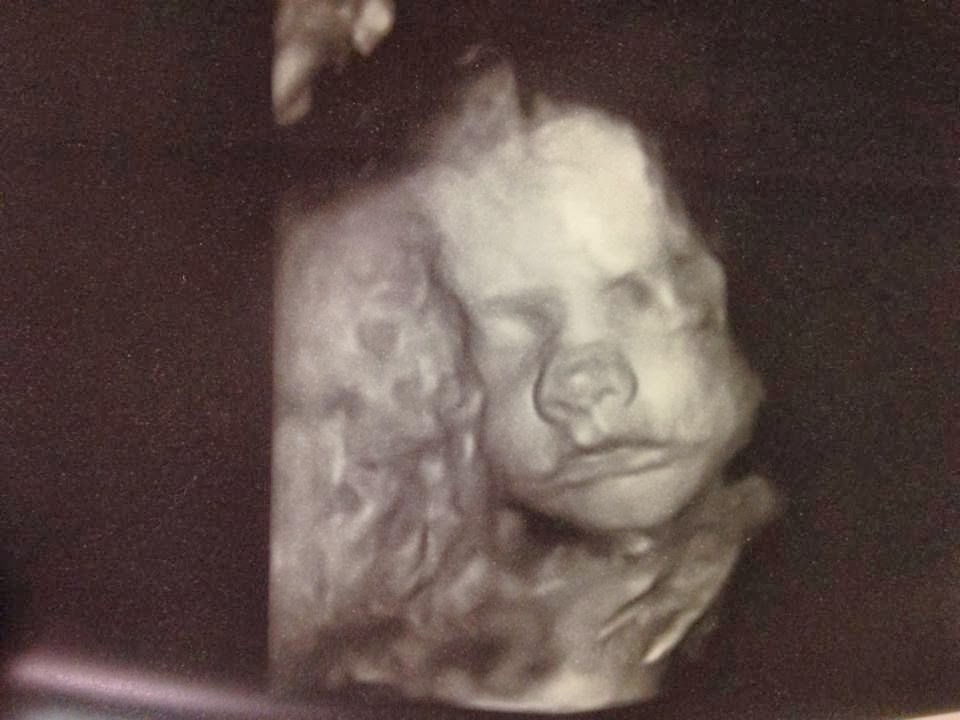 From the start of this pregnancy, we had a gut feeling we were having a girl.  Although there were some girl names that we liked, we weren't completely in love with any of them.  Because of Colt's Swedish heritage, we decided to check out some "Swedish girl name" lists and see what we could come up with.  We immediately loved Nova.

Nova means "new" or "new one."  We pray she will experience what "new" really can mean through Christ.

Colt had a little bit he wanted to include about the name's meaning as well:

“A nova is an astronomical phenomenon where a star suddenly brightens through a cataclysmic nuclear explosion in a white dwarf star.  Nova is also a suffix for many phenomena in which stars explode and release great amounts of energy.  As a star loses its life and scatters its contents across space, every element that creates life and builds planets can be found in the remains.  Those remains gather together to create dust clouds, gas planets, rock planets, asteroids, ice comets, and eventually by God’s design and intention, life.  Every element in our bodies came from the end of another star’s life.  Stars and nova events are the door from old and new in the universe.”

But even after settling on the name Catherine, we thought it'd be fun to look further into it.  What we read about St. Catherine was really fascinating.

St. Catherine of Alexandria was a martyr in the 4th century.  She became a follower of Christ around the age of 14 and from that point on, converted hundreds of people to Christianity.  Basically, she was causing way too much of a ruckus for the emperor.  Because of this, she was scourged and imprisoned.

While she was in prison, many came to visit her, many were converted to Christianity, and many were eventually martyred because of it.  Since torturing Catherine didn't seem to put a stop to her, the emperor decided to win her over by asking her to marry him.  (I mean, that's only logical, right?)  She said no and the emperor sent her to the breaking wheel, a device which bludgeoned people to death.  At her touch, the wheel was destroyed.  The emperor finally chose to have her beheaded.

Yes, I know.  It's an awful ending, but it's everything before that part that we love.

St. Catherine seems to have been a pretty fearless woman.  From my observation, I'd say that some form of fear is what grips most girls/women today.  It can be serious to the point of anxiety, panic attacks, and real health problems.  It can be a lifestyle of "small" worries.  It can be the decision to do everything it takes to feel like you're in control.  It's all fear and it's all bad.


Certainly, I want all of my children to live lives that aren't governed by fear.  But when I think about my Nova, my first little girl, I specifically pray bravery over her.  I claim bravery for her.  I don't mean in an "I'll try anything because I'm daring and adventurous" kind of way (although that would be fun!).  But I desire for her to have bravery in life.  I want her to make decisions out of faith and not out of fear.  I want for her the bravery that I feel I've just been learning in the past year or so.  I pray God supernaturally plants that in her mind and heart.

"For God has not given us a spirit of fear and timidity, but of power, love, and self-discipline."  2 Timothy 1:7

When I look at her, even on a blurry ultrasound picture, I see strength.  She will forever remind me of the hope, security, and power we have in our Lord.

{If you'd like to read about how Duke's name came to be, click here.}
Posted by Claire@MyDevising at 4:03 PM