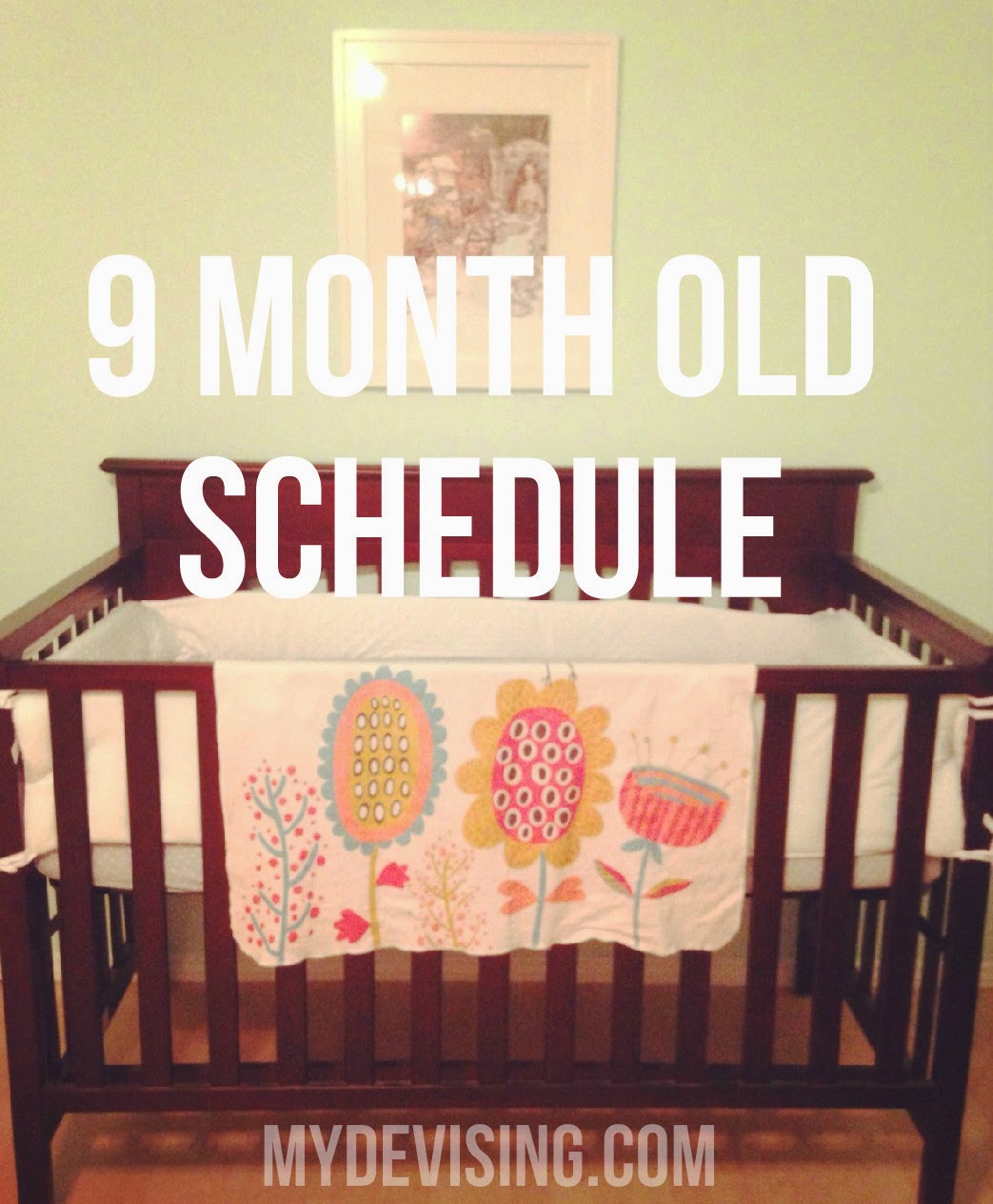 Below is the most average schedule for the month.


Eating: 5 feeding periods (4 bottles, 3 solids) in 24 hours.
Number of Naps: 2
Duration of Naps: Anywhere from 1.5-2 hours.  (There are occasional 2.5 hour naps.)
Length of Waketime: Around 2 hours.  I did find that sometimes she needed closer to 1.5 or 1.75 hours of waketime this month.  That could possibly be due to illness or maybe just that she's adjusting to 2 naps a day still.  It's safe to assume anywhere between 1.5-2 hours is what she does though.
Hours of Sleep at Night: 11.5-12.5 hours of sleep.

Worth Noting:
-Last month, I talked about how we had transitioned to 2 naps.  There were a few days, however, that a 3rd catnap was needed if she didn't nap quite as long as expected.  I just took it day by day and did what worked best each day.  But officially, at 9 months, she is down to 2 naps except for Wednesdays.  Those days are off because of Duke's school pick-up.  Because her afternoon nap is cut short, she always goes down for a 3rd nap around 4:30.
-We have just barely begun to venture into non-baby (pureed) foods.   So far, she has tried pasta and rice.  She is a fan of both!
-She is now completely capable of picking up small foods (like puffs) and feeding herself.  Now that she's learned that skill, we'll begin to slowly introduce more finger foods.
-As of now, we'll start cutting out the rice cereal since we'll be adding in other foods.
-Nova seems to be pretty sensitive to textures.  She gags easily, so I know we will have to ease her into the process of more chunky foods.
-She seems to have settled into a more predictable pattern with drinking 4-6 oz. of her bottles at each feeding.  It's not always that amount, but for the most part, that's what she takes.
Posted by Claire@MyDevising at 2:36 PM