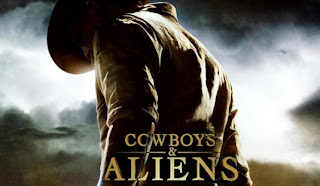 Colt and I love sci-fi/alien movies.  I could watch "Independence Day" at any given moment and "District 9" is definitely on my top 10 favorite movies of all time.

And that was the beginning.  We had been waiting for the release of this glorious movie until Friday night when we saw it with our own eyes.  In honor of this movie, we kicked things off a little early with a "Cowboys and Aliens" dinner party.  We had white chicken chili and cornbread for dinner ... 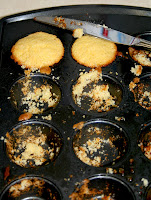 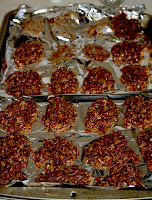 The movie?  It was good.  Harrison Ford's character was my favorite.  I would have loved a more in-depth plot with some crazy twists, but it was still enjoyable.  I will say, though, if you're not an 'alien movie' kind of person to begin with, you probably shouldn't see this.  It's for us weirdies that like that kind of crap.

Speaking of movies, is anyone else extremely emotional about the upcoming 3D release of this classic gem??