Am I really in my 3rd trimester already??  Hard to believe.

At my last appointment a little over a week ago:

-My doctor said my belly measured normal ... not too big, not too small.
-I had gained 18 pounds.
-My blood pressure was 113/68.
-Baby's heartrate was 125-130, to which Colt said, "Uh oh."  I said, "What?"  "He's getting bigger ..." :)
-I did the glucose test, which is totally not as big of a deal as people made it out to be.  You gulp a mini bottle of a really sweet drink and then get your blood taken.  Not too shabby.  Oh, and the results were normal!
-Colt and I got a hospital tour from the fastest talking lady I've ever encountered.  Luckily, I picked up on every few words so I knew what she was saying.  Colt, on the other hand, was absolutely beside himself and in disbelief that he couldn't even focus.  I tried not to make eye contact with him at all because I knew if we did, we'd both be laughing uncontrollably.
-I basically start going to the doctor every 2 weeks now, which is crazy!

My 3rd trimester has already started off with a bang.  I attempted to do the dishes a couple of days ago.  Attempted?  How hard is it to load the dishwasher and put in the detergent?  Well, it's hard when the crazy pregnant lady buys dishwashing soap.  Bahh!  We're trying to save money, so I wanted to start buying a cheaper detergent.  I was in a hurry and didn't take time to really even read what I was getting.  Although the soap won't go to waste, it certainly won't be going in our dishwasher again.

So, if you're ever a crazy pregnant lady (or just a crazy lady) and end up with a dishwasher oozing of suds, here's how you fix it: 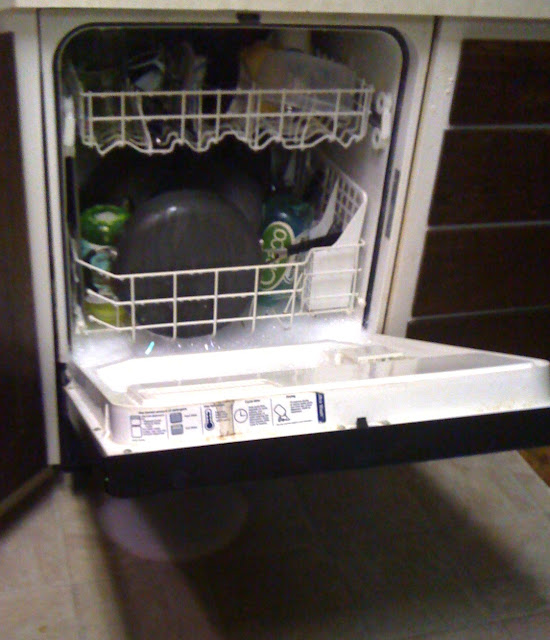 Scoop out all the fluffy suds in the dishwasher that you can and throw them in the sink. 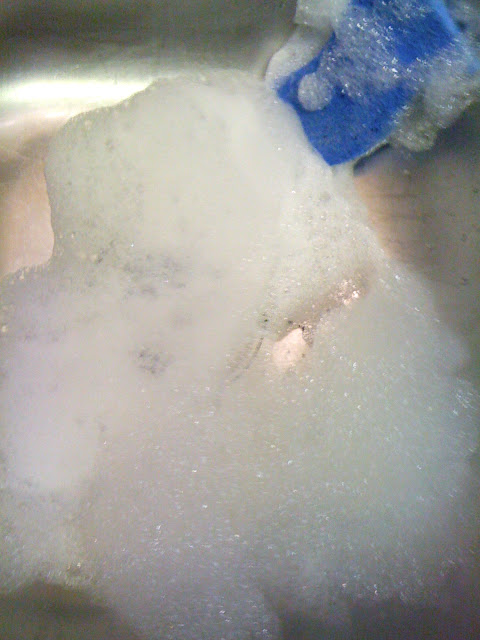 Throw some ice cubes, salt, and vinegar on the suds in the dishwasher. 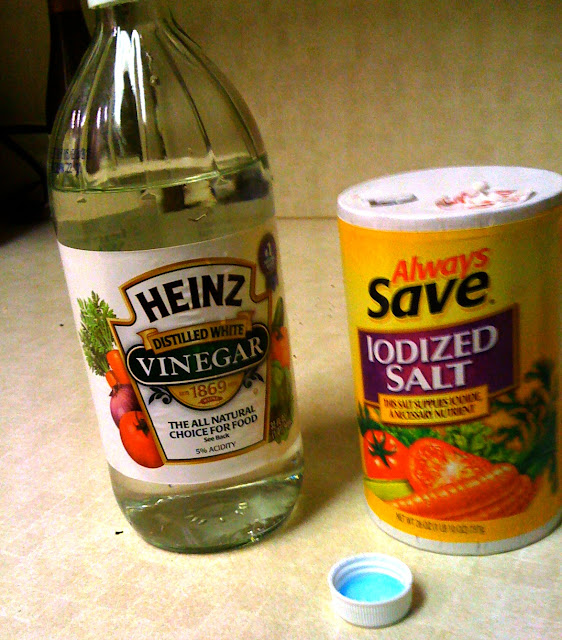 Run the quick rinse cycle.  Repeat this whole process 5-6 times or until the suds are gone.  You should definitely have a towel ready below the dishwasher to catch suds and water. 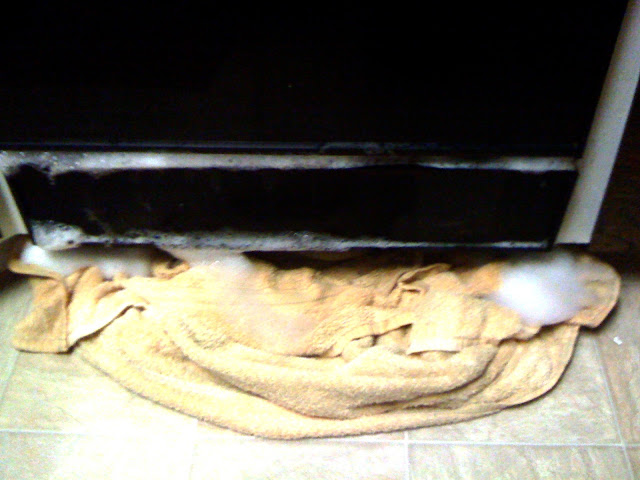 Well, regardless of my absent-mindedness and the ridiculous record-breaking heat, I am still enjoying my pregnancy.  Can't believe I just have 12 weeks left!
Posted by Claire at 4:54 PM