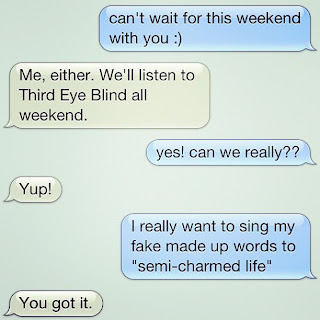 Colt and I spent this past weekend in Austin ... without Duke.  We spent 2 nights away from him (our first time) and it was crazy.  I cried a few times leading up to the weekend and cried after dropping him off at my parents' house.  I had to keep telling myself that this was okay and every parent does it at some point.

Just when I thought my emotions were handled, I turned around to get something out of the backseat and saw one of Duke's toys.  Yeah.  Not fair.  So, the crying continued for a little bit longer.  And, by the way, Colt was so great to me.  Husbands, what your wife wants in this scenario is not for you to "fix" them.  She wants listening, understanding, and encouragement.  Once I could rest in the fact that Duke was going to have a wonderful time and we needed/deserved this weekend, it was one of the best times ever.

Brad's brother was getting married this weekend and I had the honor of playing piano in the wedding.  So, we spent Friday evening doing rehearsal/rehearsal dinner festivities.  During the dinner, Brad's dad opened it up for people to speak about Grant and Gretchen, the bride and groom.  I haven't been to a rehearsal dinner since I've been a mom.  Who woulda thought it would change things so much?  As I listened to groomsman after groomsman speak about Grant, I couldn't help but get a little misty-eyed.  Of course it was sweet to be a part of because I love this family, but there was an added element.  I thought about Grant's mom and I thought about myself as a mom.  How would that feel to hear young men saying these kinds of things about my son one day?  What an honor.

Saturday before the wedding, Colt and I slept in, grabbed Starbucks, and went exploring.  Colt lived in Austin until 4th grade so he showed me his old house, school, church, and other little memorable places along the way. 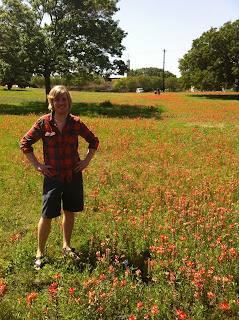 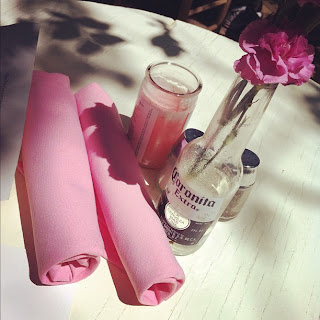 (delicious patio lunch at Papi Tinos)
After driving around awhile, I said, "You know, parts of Austin kind of remind me of Portland."  It wasn't but 20 seconds after that comment that we drove past this: 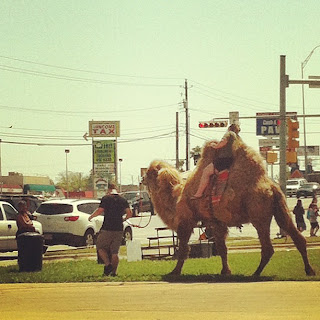 The wedding was beautiful, the reception was a blast, and after that, we went out with Brad and Mirela.  It was so much fun.  We loved getting to be with the two of them and their sweet daughter, Norah. 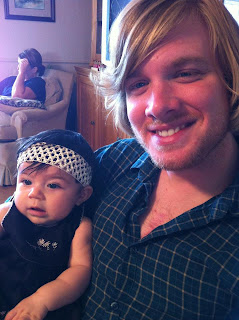 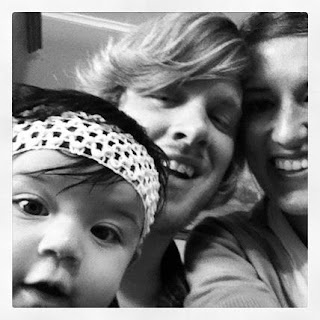 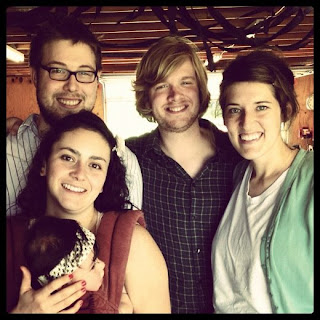 I got to spend so many hours with just Colt ... eating, driving, talking, sleeping.  It was a dream weekend.  It's proof that date nights and little trips like these are essential to a marriage ... especially after kids. 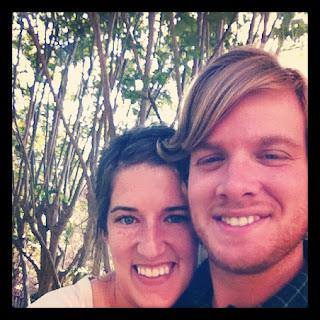 After eating Sunday lunch with the Watson clan, we made the drive back home.  I was so anxious to see Duke.  In fact, something really weird happened when we were about 2 minutes from my parents' house.  I felt really tight in my chest and then felt a few shooting, sharp pains.  This was followed by a tingling, hot feeling and a racing heartbeat.  I immediately thought I was having a heart attack and told Colt something was not right.  However, this subsided and after googling a bit, like any intelligent person wanting answers does, I realized this was probably a panic attack.  My first ever panic attack.  Welcome to motherhood!

Well, I'm sitting here, drinking coffee on a Monday morning, with a perfect weekend alone with my husband replaying in my head, a refreshed perspective on being a mom, and an eagerness to be with Duke.  I'd say the weekend was a success!
Posted by Claire at 2:24 PM