A weekend is not quite a weekend unless it starts with a fight between you and your significant other.  Am I right or am I right?

So, that's how Friday night started out.  We said snooty things to each other, compared who's life was harder, and interrupted a lot.  Or, maybe that was just me that did those things.  Actually, yes, I think it was.  Anyway, we decided we really love each other and that I was just freakishly hungry and needed to eat.

(I turn into Viola Swamp when I'm hungry.  Which is kind of all the time since Duke steals my calories.)

Saturday morning, Colt took Duke on a little run so I could have a little moment to myself while cooking breakfast.  Thanks to Regina for the tunes. 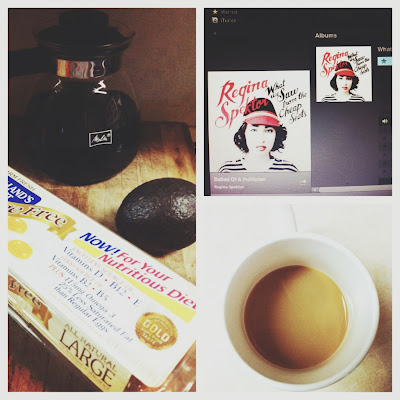 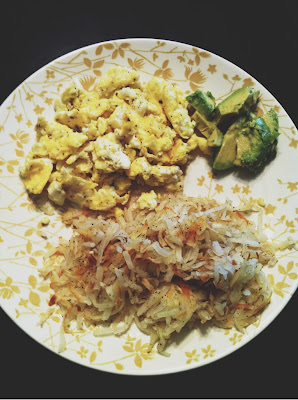 Later that day we had a family get together.  We have these about every other month to celebrate birthdays.  My mom's side (my grandparents, aunts, uncles, cousins) all live around here.  From our house, we could be at each of their homes in 15-25 minutes.  So, we get together often.

There have probably been 3 times in Duke's life when he has just not gone down for a main nap.  (Main naps are morning and afternoon naps in my book.)  Well, he decided this day would be one of them.  So, after being up for 3 hours straight, he got a little impossible.  Unfortunately, we went home early, Duke took a nap, and I pondered motherhood.  (This is actually still my current state.  I don't know what's going on but I've been in a complete post-postpartum funk off and on for about a week.  It deserves a separate post.  Trust me.)

Sunday we skipped church due to my issues.  After Duke's morning nap, we headed over to my parents' house.  It doesn't matter if you're almost 26 years old.  If you've got a problem that won't go away, a mom's hug not only brings out the tears, but it makes you feel so much better.  Spending time at their house was definitely refreshing, but the underlying funk was still there.

This seems like a semi-depressing weekend review, but it's just the truth.  It really was a fine weekend.  I've just got to figure myself out.  I'm thankful to be surrounded by such wonderful friends and family while doing it though.  And, of course, Colt is a superhero dealing with my many moods.  I love that guy.

Here's to a hopeful week ahead and de-funking.
Posted by Claire@MyDevising at 10:39 AM