the draw - panic at the theatre 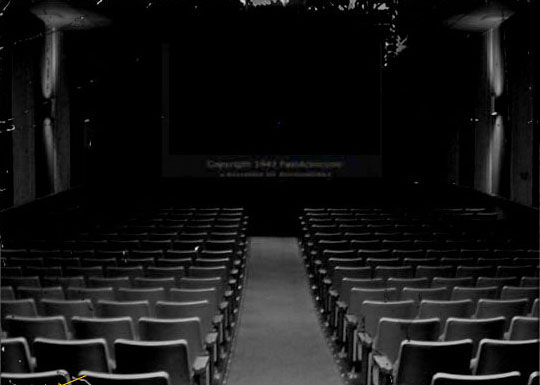 We were sitting in the theatre, waiting for "The Dark Knight Rises" to start.  I noticed during the previews that something hit me.  My heart felt like it was racing and pounding out of my chest.  And it didn't stop.  About 30 minutes into the movie I told Colt that I just didn't feel right.  I went to the restroom, just to see if I could calm down.  Nothing was changing.  Was it the candy and coke?  Was I just really hungry and weak?  Was it that dream* I had?  Was I on edge because of Aurora?

(*I had a dream two nights before this that a certain man I knew passed away.  This was not a relative or even a friend, but a very distant acquaintance.  This man happened to be in the movie that night.  It was a little weird.)

I wasn't sure what was going on but I knew I was not okay.

So, there we were in the lobby of the movie theatre.  I was pacing and walking circles while talking to Sara (who is a nurse) on the phone.  I truly thought something was wrong with my heart.  I told her how I felt and all of the things I thought it could be.  She assured me that I was probably fine, but that I should pray in case there was something I needed to say to that man (the man I had the dream about).

In the meantime, I had a pretty upset husband.  I had just dragged him out of a movie he was really excited to see.  And I'll admit, most of the time, I live my life more on the dramatic/emotional side.  He thought I was just being crazy.

After I got off the phone with Sara, I told Colt what she said.  We went outside and I began to pray out loud as we walked around.  I started to cry, feeling so helpless.  God, please tell me what I need to do right now.  What is it that I'm supposed to do?  Why do I feel like this?  Do you want me to say something to this man?

There was nothing.  I heard and felt absolutely nothing.

I was frantic.  I was frantic in a way that was foreign to me.  It was like nothing else I'd ever experienced in my life.  It was like getting ready to go onto the stage to play my senior piano recital plus feeling like the world was ending plus knowing a bomb was about to go off and I was responsible for everyone around me.  And that's putting it lightly.  I was nervous and full of panic, anxiety, and urgency.  I was shaky, weak, and my chest was starting to burn.  I was miserable and I had no idea why.

We went ahead to dinner with our friends after the movie.  I sat there, trying my best to listen and be a part of the conversation.  But all I could think about was how terrible I felt.  I had an extra sensitivity to everything going on in my body, as if it was all magnified - like the whole restaurant could hear the blood pumping through my body.  I was so uncomfortable.  I attempted to eat a bit, but was not hungry at all.

Colt and I got home and I talked more with Sara about everything.  (She was at our house watching Duke.)  She took my blood pressure and my heart rate.  Both were fine.  This was unbelievable.  I knew something was wrong with me, but what?  I stayed up and talked with her about it and by the end of the night I felt a little better.  I felt good enough to fall asleep at least.

I put my head on my pillow and thought tomorrow would be a new day.  I'd wake up and this whole thing would be gone and over with.  I couldn't have been more wrong.
Posted by Claire@MyDevising at 11:02 AM