We did it!  We actually finished recording our album on Friday night!  If you're like my mom, you may be asking, "Now, which album is this?"  Don't worry, it's the same one we've been working on for the past year.  That just seems to be the way we roll.  It will still take a bit longer to mix/master/all that other stuff, but it's so nice to know we're done tracking.  Follow us on Twitter so you can stay updated!

I say this every time we go record, but it really is just so funny.  There are usually some cool cats there finishing up recording/hanging out/smoking/doing whatever and then here comes the baby parade.  Blankets, stuffed animals, balls that make too much noise, baby spoons, bibs, bottles ... it's like a circus.  It just makes me laugh every time.

On Saturday morning, I met with some other fellow bloggers (Susan, Danielle, and Lindsey) to chat about Engage OKC stuff.  We met at Whole Foods and sipped on coffee as we did some blog talk.  It was fun getting to know some new people and familiar faces.

I also got to visit my sweet alma mater on Saturday.  We ate dinner at Van's (I know, second time in 2 weeks!) and then watched Freshman Follies.  My sister is in charge of stage band and we got to hear her renditions of "Paparazzi," "Price Tag," "Grace Kelly," and "California Gurls" just to name a few.  She killed it.  Absolutely killed it.  (I may post some videos later this week.) 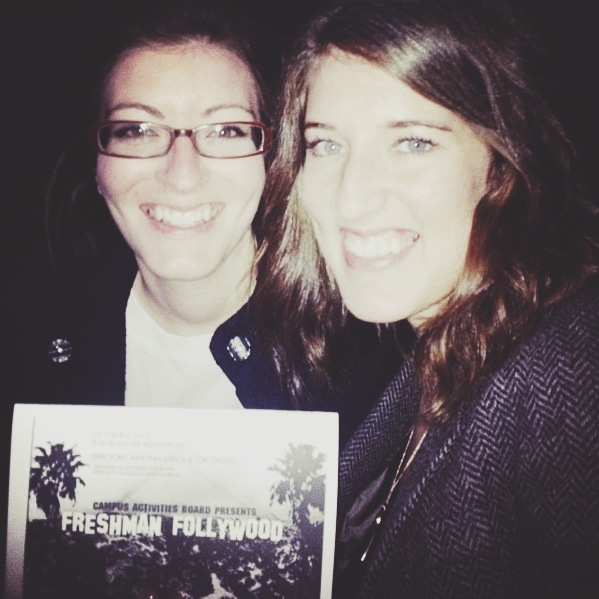 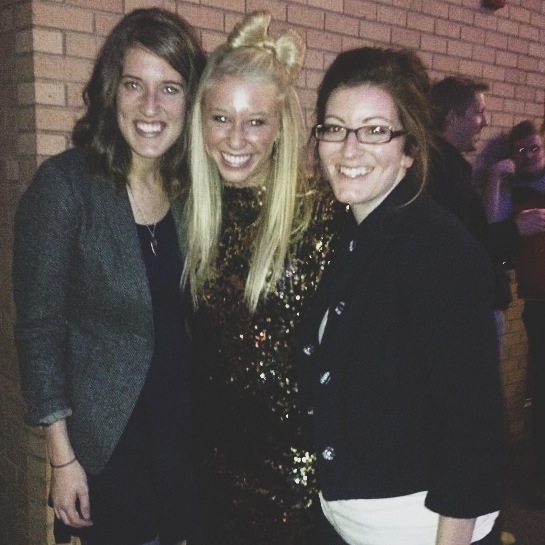 (We asked Karlie where the heck she found a dress like that, thinking she'd name some obscure place or thrift store.  "Ross," she said.  So evidently there's a demand for that sort of thing.)

Well, I hope you guys had a lovely weekend and are enjoying this beautiful weather!  I know this guy is. 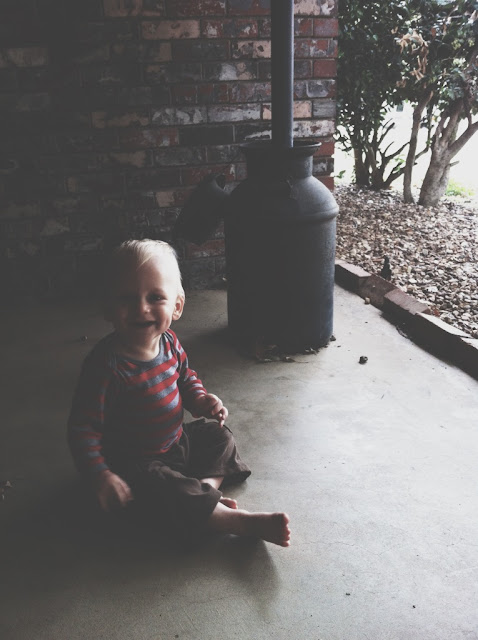 Posted by Claire@MyDevising at 2:40 PM