Friday night, Colt and I went on a for real date.  I showered, got dressed up, and did my hair.  Legit.  But I have no picture to show for it because we were too busy stuffing our faces.  We had dinner at Musashi's and it was absolutely perfect and glorious.  We shared our table with 3 other couples, all of whom were competing in the "Whichever Couple Talks to Each Other the Most is the Couple that Loves Each Other the Most" contest.  (You know you do the same thing.)  Colt and I kept a lovely chit-chat going the whole time, so I think we won.  But it's whatever.

We not only won that contest, but we won the "Couple Who Eats the Most" contest.  Always at Musashi's when they offer soup or salad, I say, "Both."  Nobody else said both.  Just me.  But, again, it's whatever.

After dinner, we went to Cuppies and sat next to an entertaining group.  We assumed they were college freshmen because we heard the following:

"I'm strictly paleo, but I don't follow it all the way."

The table on the other side of us was filled with 5 little elementary-aged girls who were sweetly humming, "I throw my hands up in the air sometimes ..."  I was thoroughly entertained just listening to both the princesses and the freshmen, eating my delicious Bippity Boppity Boo, and drinking a decaf mocha.

On Saturday, we went over to my parents' house to watch the OU/Texas game.

I got to see little Alice too.  She's just really cute. 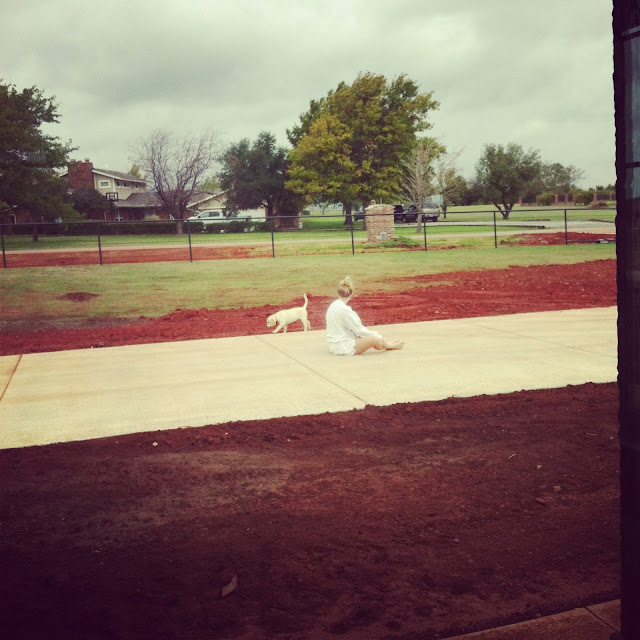 Also, Karlie and I started working out some details for The Girlie Show.  (Yes, we're playing on Saturday, November 3rd from 12:20-1:20.  We're excited!  Go to The Girlie Show's website for more information.)

Because Saturday was asking for it with its rain and gloominess, we stopped by Cafe Evoke on the way back home. 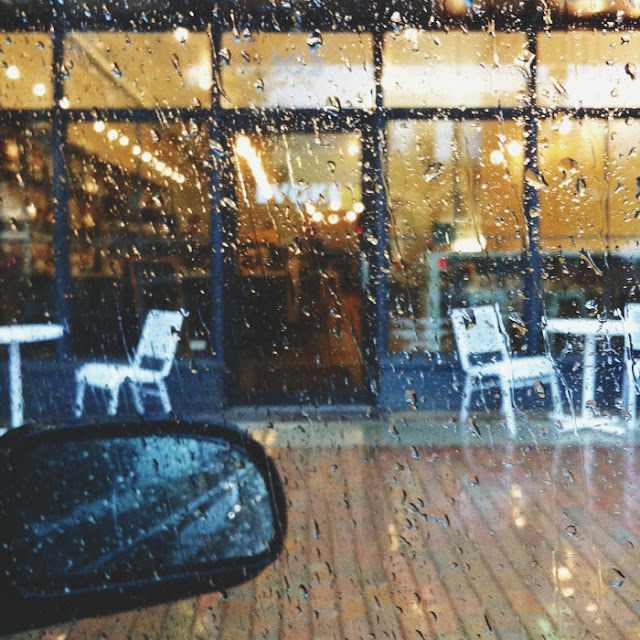 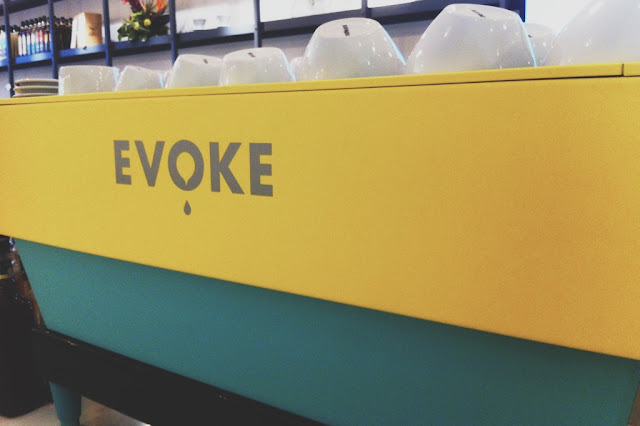 It was our first time and we loved it.  The employees were so friendly and the service was great.  Duke really enjoyed himself as well. 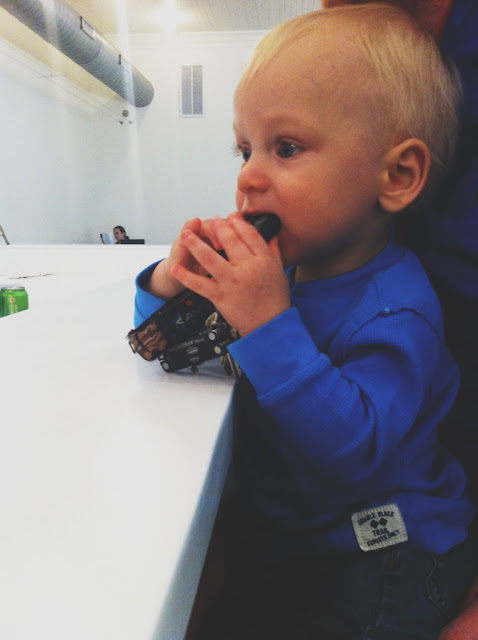 And since we were in Edmond, we had to swing by our first apartment together. On Sunday, we did church, naps, and then Duke and I went to Sara's house for dinner while Colt played at the youth service at church.  It was a wonderful weekend. :)
Posted by Claire@MyDevising at 3:04 PM