this too has passed

The other day, someone asked me about Duke's reflux.  It almost caught me off guard.

I never could've imagined that such a question would seem so out of the blue to me.  It was where I was living for so long - covered in spit up, wet clothes, and sporting an adult sized towel over my body at all times.  As if being a new mom in the midst of my child's first year wasn't enough of a reality check, I had this burden I carried for him and, let's be honest, for me.  Spit up changed our schedules, sleep, playtime, social situations, everything. 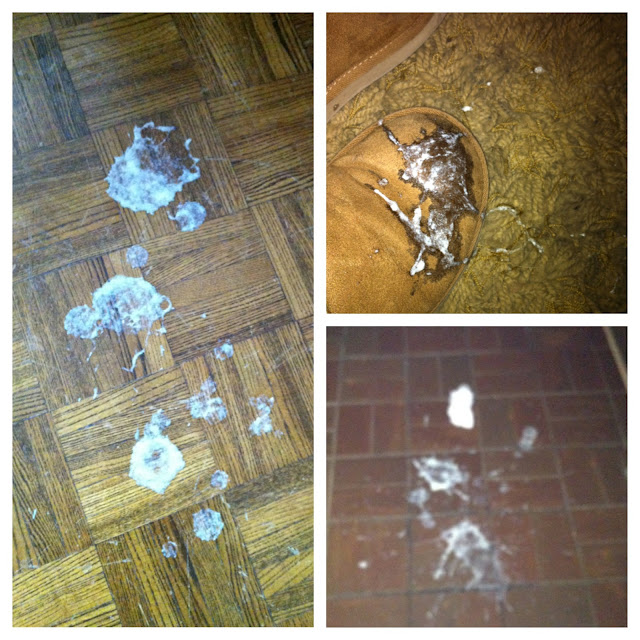 (Just a few of the moments I happened to capture along the way.  And these are pretty mild.)

For a walk down memory lane, feel free to check out any of these posts:
spits and fits
burp rags schmurp rags
spits and fits, mom's turn

It was terrible.  Some said, "Oh, you'll laugh about this later!"  Well, it's later and I'm not laughing.  I don't think I ever will.  It really was bad and if anything, I look back and feel so terrible that Duke had to deal with that for so long.  Good thing he won't remember any of it.

At one point, it seemed like we were passing all the spit up milestones that people were telling me about in an effort to be helpful.

"Well, 4 months is usually the peak of spit up.  I bet he'll be done after that."

"I bet once he starts rice cereal he'll stop spitting up."

"I bet once he starts baby food he'll stop spitting up."

"Once he turns 6 months, I bet he'll be done spitting up."

Wrong, wrong, wrong, and wrong.  Duke was still spitting up.  Breastmilk, squash, green beans, orange banana medley ... yes, it was all coming out of his mouth.

Reactions were the worst.

Or some people would just laugh.

Now, none of these people intended to be hateful, but it still hurt.  It magnified the whole situation and made me feel even more isolated.

On the other hand, there were so many people who were incredibly encouraging.  Thanks, friends, for telling me it would be over, for calling me a "soldier," and for making me feel like I was doing a good job.  I really do appreciate it.

It wasn't until Duke was 8-9 months that he really was done.  After that point, there was an occasional moment that I saw a little dribble of spit up on his chin, but it was occasional.  And now, with Duke a week away from turning one, I haven't seen a trace of spit up for probably about 2 months now.  I know.  I'm amazed.

Way to go, Duke.  You were a trooper.

We have crossed that bridge and we have conquered.  We are on the other side of "this too shall pass."  This too has passed.
Posted by Claire at 10:41 AM