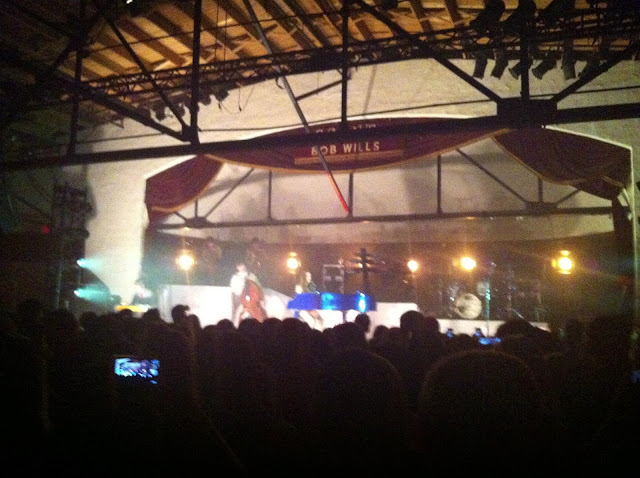 I saw Sara Bareilles in concert on Tuesday night.  In other words, my life is almost complete.  (I still have yet to see Regina Spektor live.  I mean, I saw her at ACL in the scorching heat when she just did her solo thing for about 50 minutes.  But I don't really count that.  I want full band.) 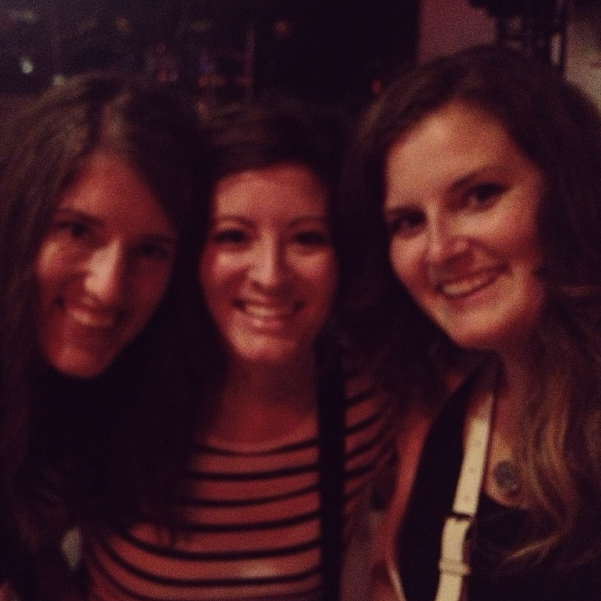 Reese, Sara, and I drove to Tulsa and stood on our feet for 4 hours.  I know that's what you do at concerts and whatever, but gracious day!  Sara was worth it though.  And Harper Blynn was a fun opener.  Their vocals were great, their songs were catchy, and I liked their beats. 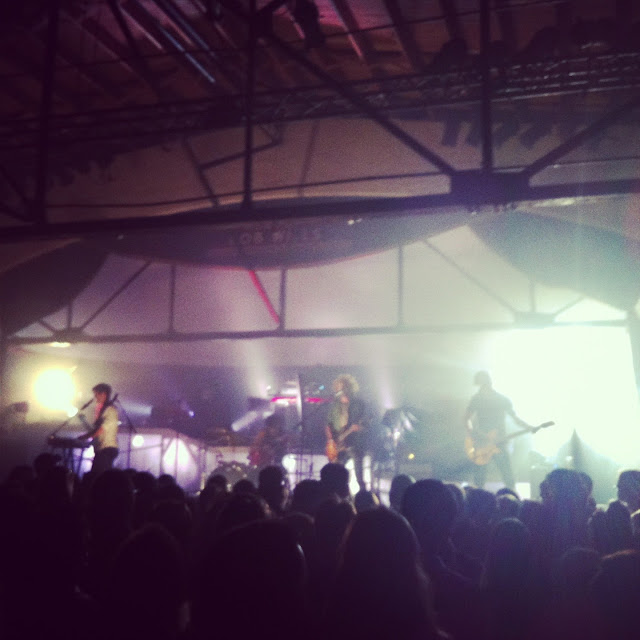 Sara came on about 9:30 p.m. and killed it from start to finish.  She's a wonderful vocalist, excellent pianist, beautiful songwriter, and she's hilarious.  I just know we could be friends in real life, I just know it.  I loved getting to see her in person doing her thang.

The only problem was that Cain's needed a seating chart.  Reese, Sara, and I were more than willing to make that happen for them, as you can imagine.  It's like show choir, people.  You've just gottta find your windows.  It's all about the windows!  And when you move, your window moves!  And if your window moves, people can't see Sara B!  The guy in front of Sara was unaware of this.

Also, Reese got bopped in the head with a water bottle by a passerby (to which she instructed the young man on how to carry his water bottle through a crowd) and the girl next to me got a drink spilled on her not just once, but 3 times.  People, I don't know why it's so hard to stand still like a human and hold your drink and not get all up on the people in front of you.  Why is this a thing?

And you know what else?  I was shocked at how people lost their minds when a radio hit was played.  Sara sang "Eden" (the most incredibly perfect song ever with Eric Whitacre-esque vocals off of her new album) and everybody was standing there, open mouths, blank stares.  Then she sang "Love Song" and people went NUTS.  I was just really annoyed.  Sure, "Love Song" is great and I'm pro-Sara no matter what she writes.  But "Eden"!  It's like the song of all songs!

The guy in front of me was one of these people (the "hit songs only" people).  He went b-a-n-a-n-a-s when "King of Anything" started.  Again, it's a great song.  But he spent the majority of the concert taking pictures of Sara with his digital camera while not really paying attention to the songs she was playing.  After each picture, he and his girlfriend would lean together, examine the picture, giggle, and then continue watching.  But once a hit was played, the rambunctious gyrating began.  I actually found the leaning together to look at the pictures thing the most annoying because it messed up our windows.  THE WINDOWS, FOLKS! 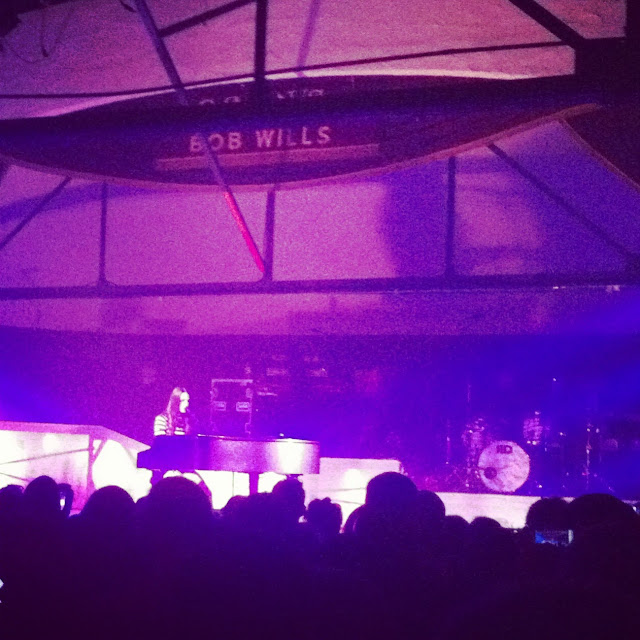 Sara played a lot of great ones.  Someday, I really need to hear "The Light," "Hold my Heart," and "Satellite."  I plan on stalking her from now on though so I have faith that will happen.

If you're anti-Sara because you're anti-pop or anti-things-that-are-on-the-radio, you should listen again.  "Love Song," "King of Anything," and "Brave" are great tunes, but I don't necessarily think they are her best.  You should totally give her another chance.  She's pretty phenomenal.

In spite of the crazies around us, my lower back stiffness from standing for too long, and the really late night, the concert was absolutely magical and totally worth it.

I was so tired when I woke up Wednesday that I was thinking really weird things.  I sent this text to Colt first thing. 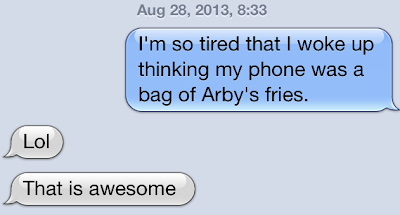 I was probably just reminiscing about the McDonald's fries I ate on the car ride home at 1 a.m.  I know, isn't that so gross and so juvenile?  Mmm, but they were so good.

Are any of you guys fans of Sara B?  Have you seen her in concert?
Posted by Claire@MyDevising at 9:26 AM