Celebrating Duke's birthday has been a gradual process over the past several weeks.  But that's how I prefer it.  Everybody should get an entire birthday month in my opinion.

First - our day out with Thomas the Train.  Truthfully, I feel like I was the most excited for this.  Duke loved getting to see and ride the real Thomas.  The worst part?  That tent with all of the train tables.  This was, of course, Duke's favorite part so we had to endure it.  It smelled and was really crowded.  Also, all of the parents are forced to reveal their opinions on sharing.  You know, for some, the train should always be given to the other kid.  And for some, the train always belongs to their kid.  But Duke was in train heaven so we stuck it out. 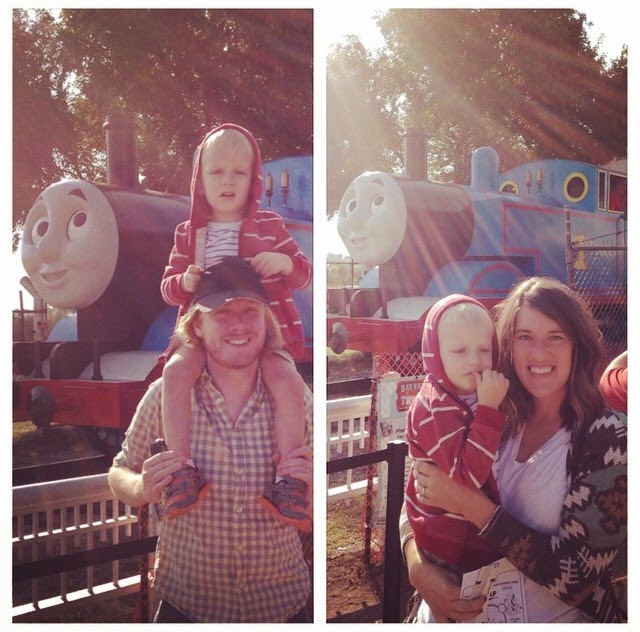 We got together with my parents, siblings, and one set of grandparents to celebrate all of the October birthdays (Duke, my dad, and my brother).  Duke got lots of fun things and finally got to eat a piece of his Lightning McQueen cake.  The anticipation was almost too much to bear! 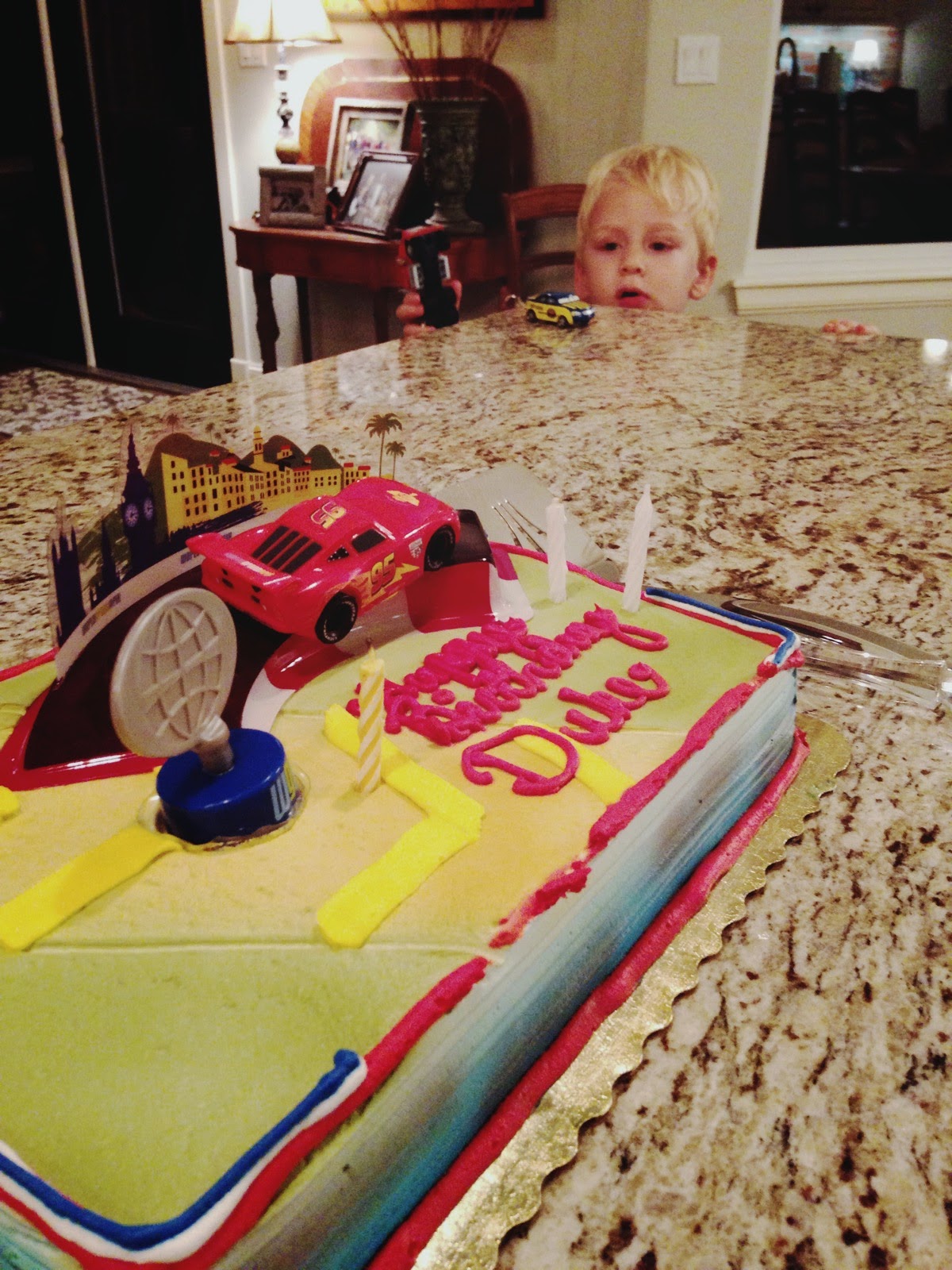 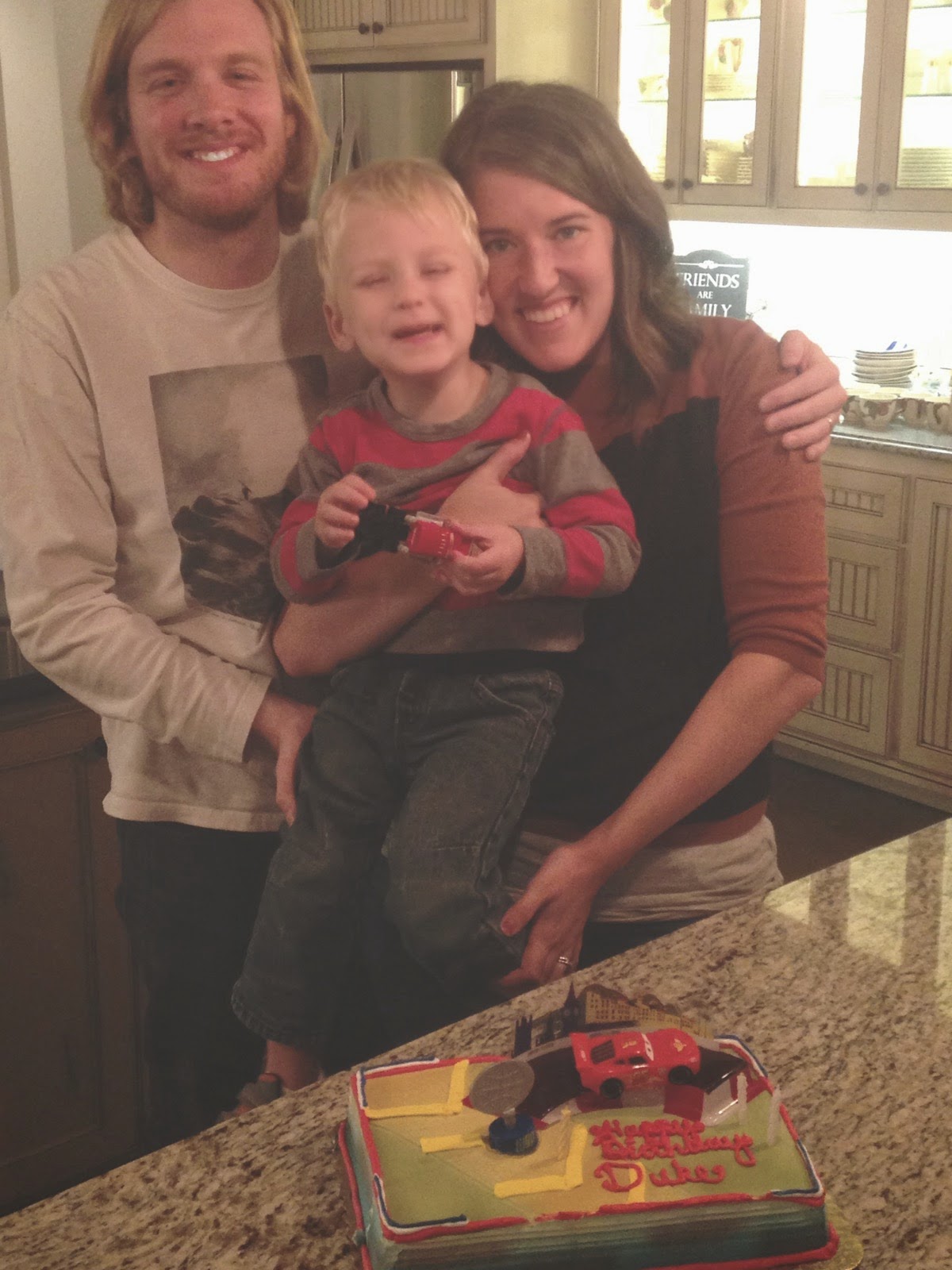 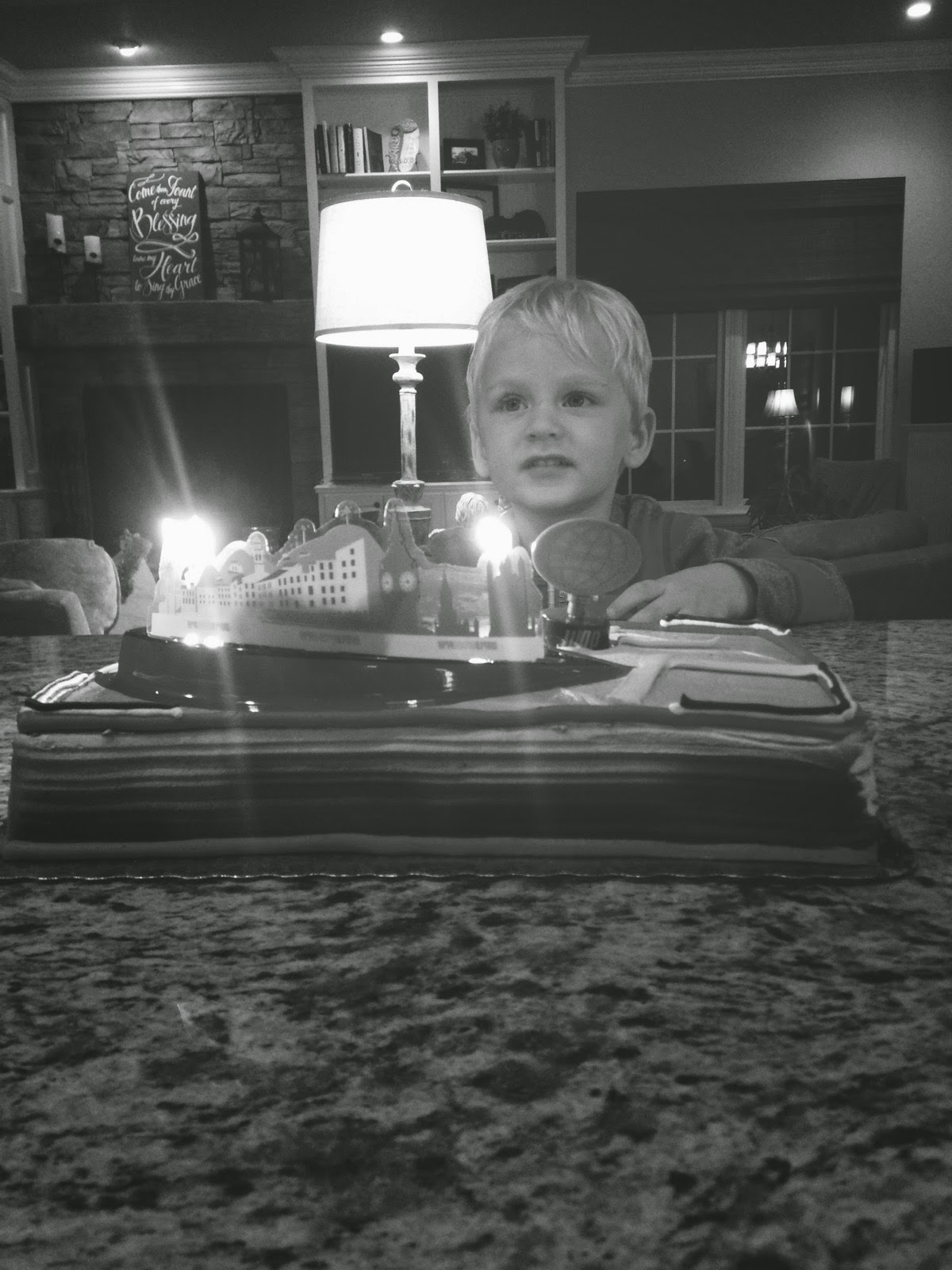 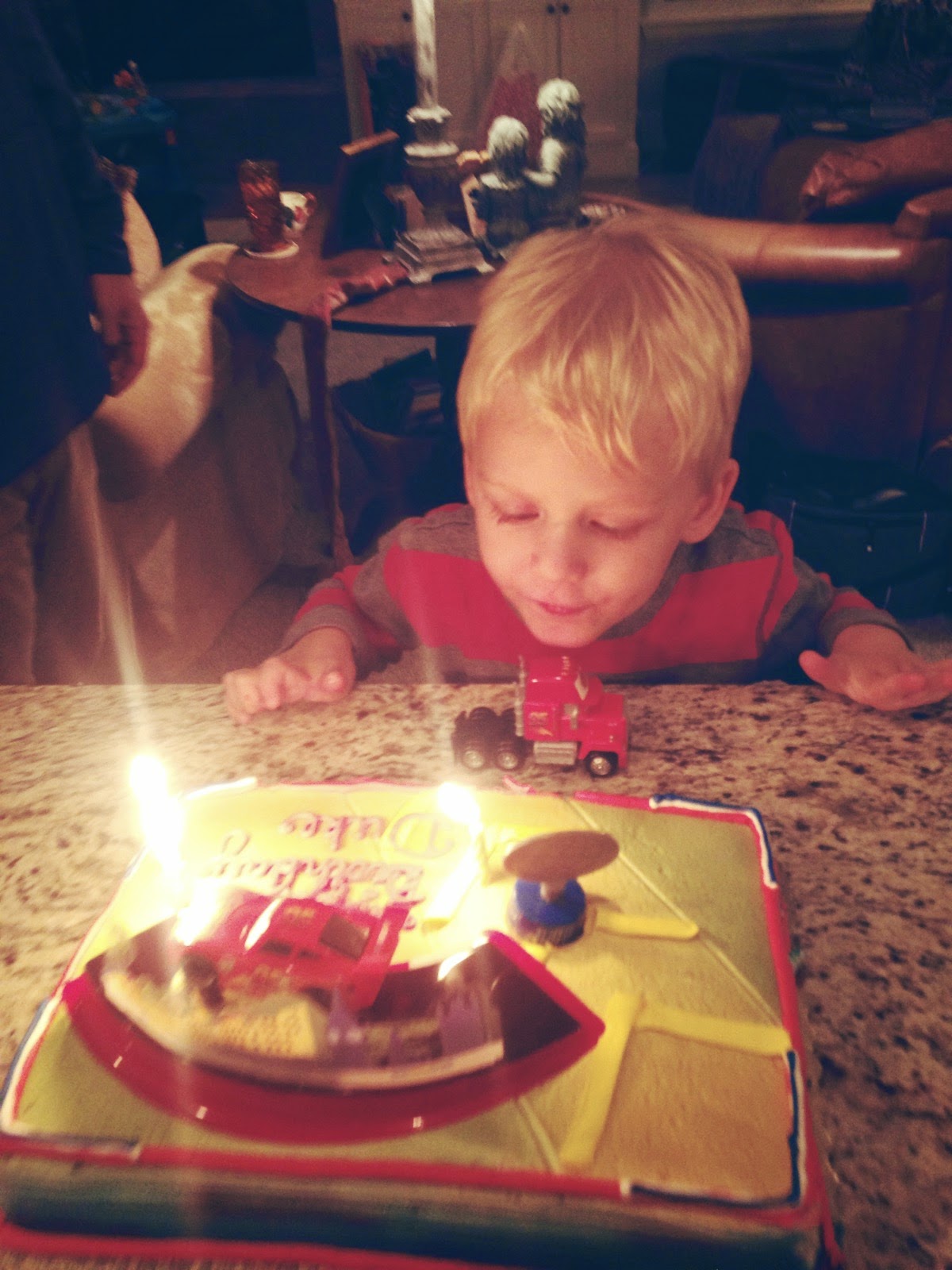 A few nights ago, Mimi and Nana came over to the watch the kids and they brought him his very first tricycle.  I can't wait to see him master it!

On the day of his birthday, he went to a special breakfast with Colt at the Runway Cafe. 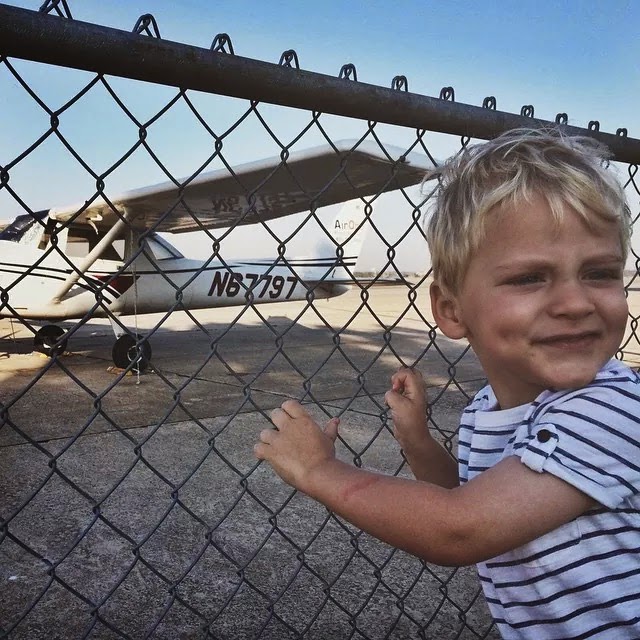 Then, he was off to school.  At first I felt like that was rude to send my kid to school on his birthday.  But I guess that's the hard knock life of having a school year birthday.  #poolpartiestilidie 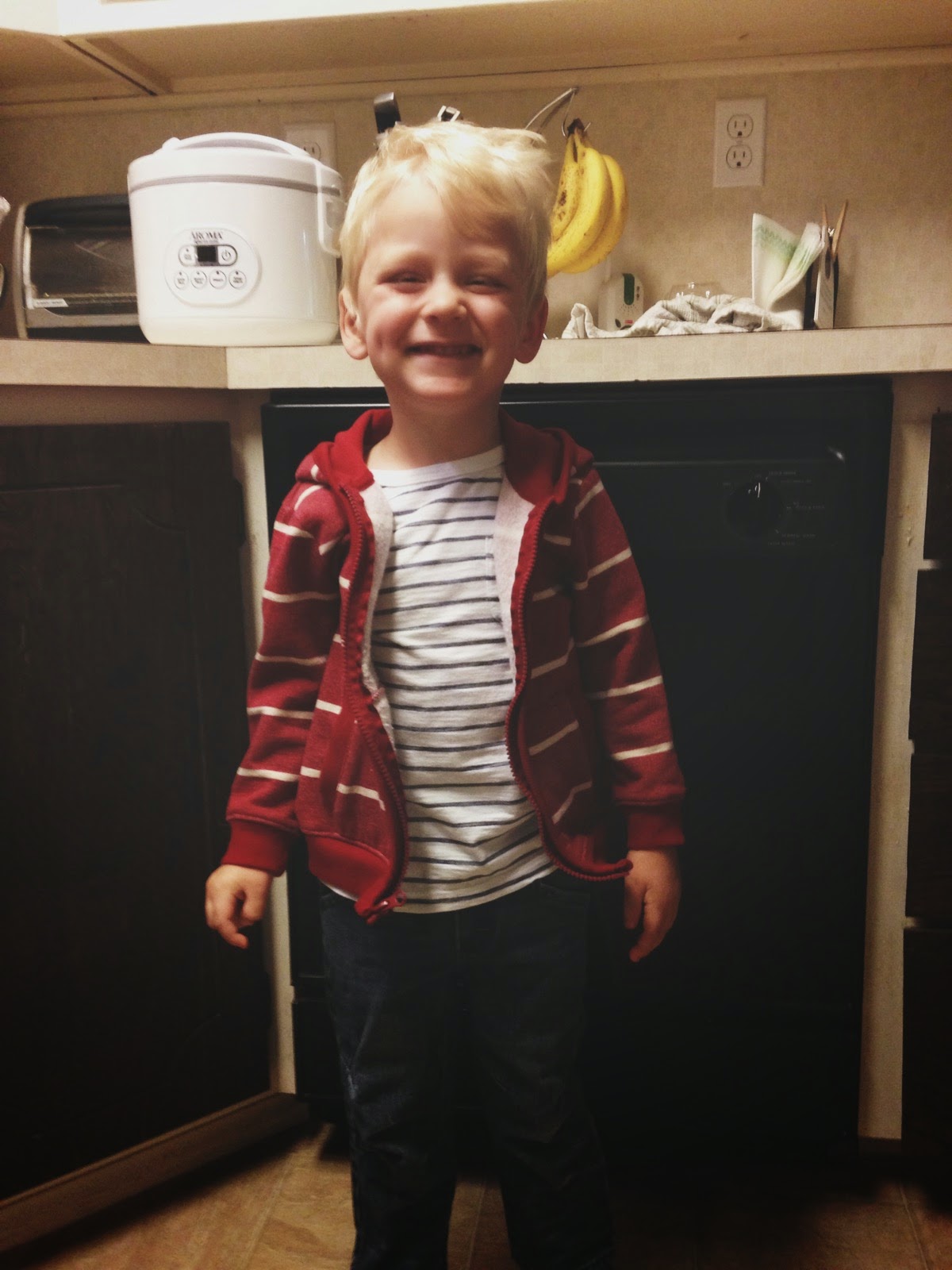 When Nova and I picked him up from school, we grabbed Sonic drinks and played at the park.  For dinner, we went and got Chick-fuh-way. 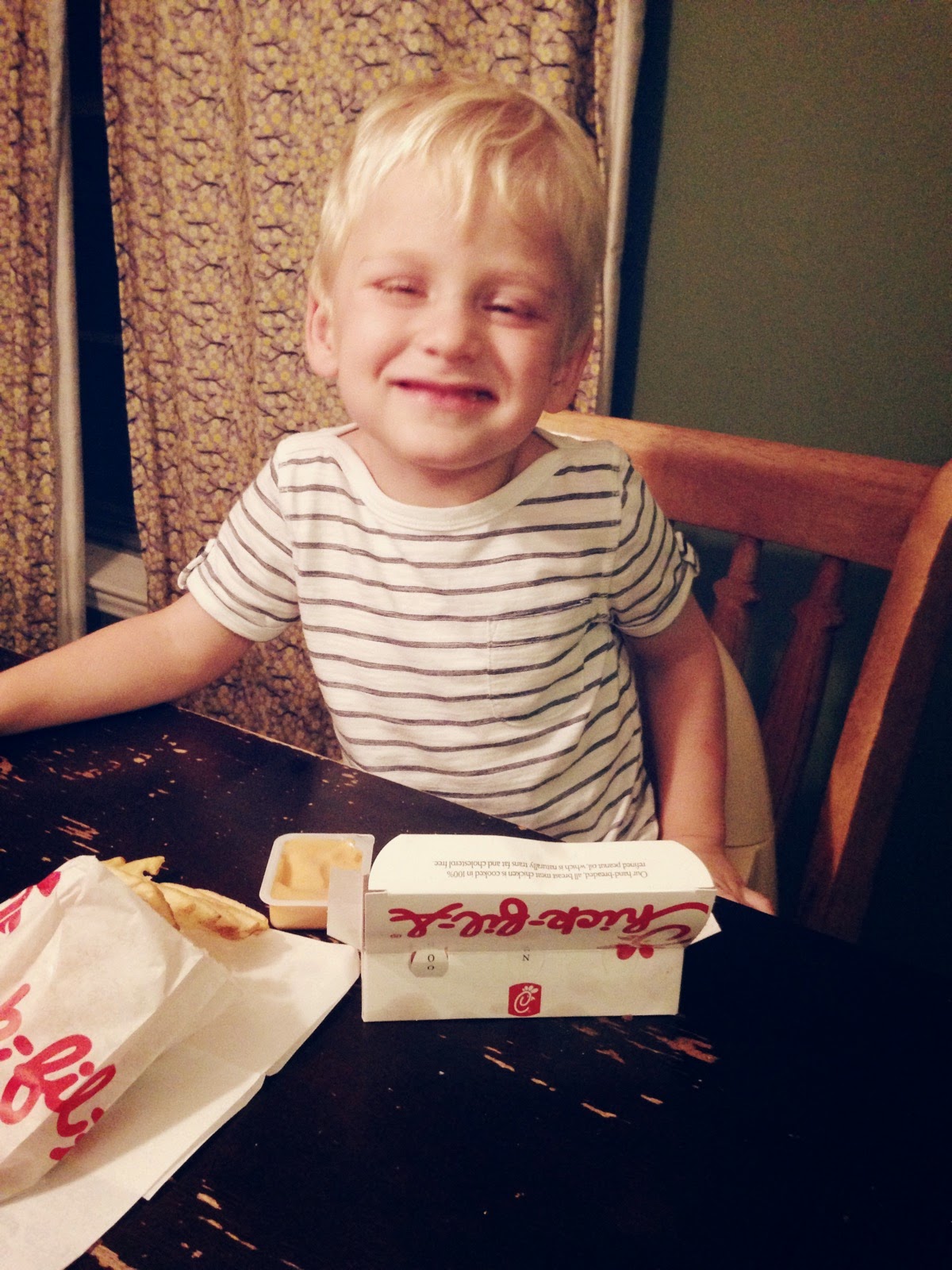 We decided not to do any kind of official party this year.  Partly because everyone in our friend group was either pregnant or in the first weeks of the newborn stage.  Partly because I knew that our families would celebrate Duke no matter what.  Partly because we had already had our special Thomas day with just Duke.  And partly because this just may be the last year that we could get away with not having a party without Duke really noticing.

Duke is one special kid.  "Three years old" seems like it happened in a blink of an eye, yet my memories of what it was like before Duke are getting fuzzier and fuzzier.  But welcome to what all of the old ladies say - the days are long, but the years are short.  Even though they should just stop saying that because it doesn't really seem to help anything in the moment, it is the truth.

I love living life with this guy. 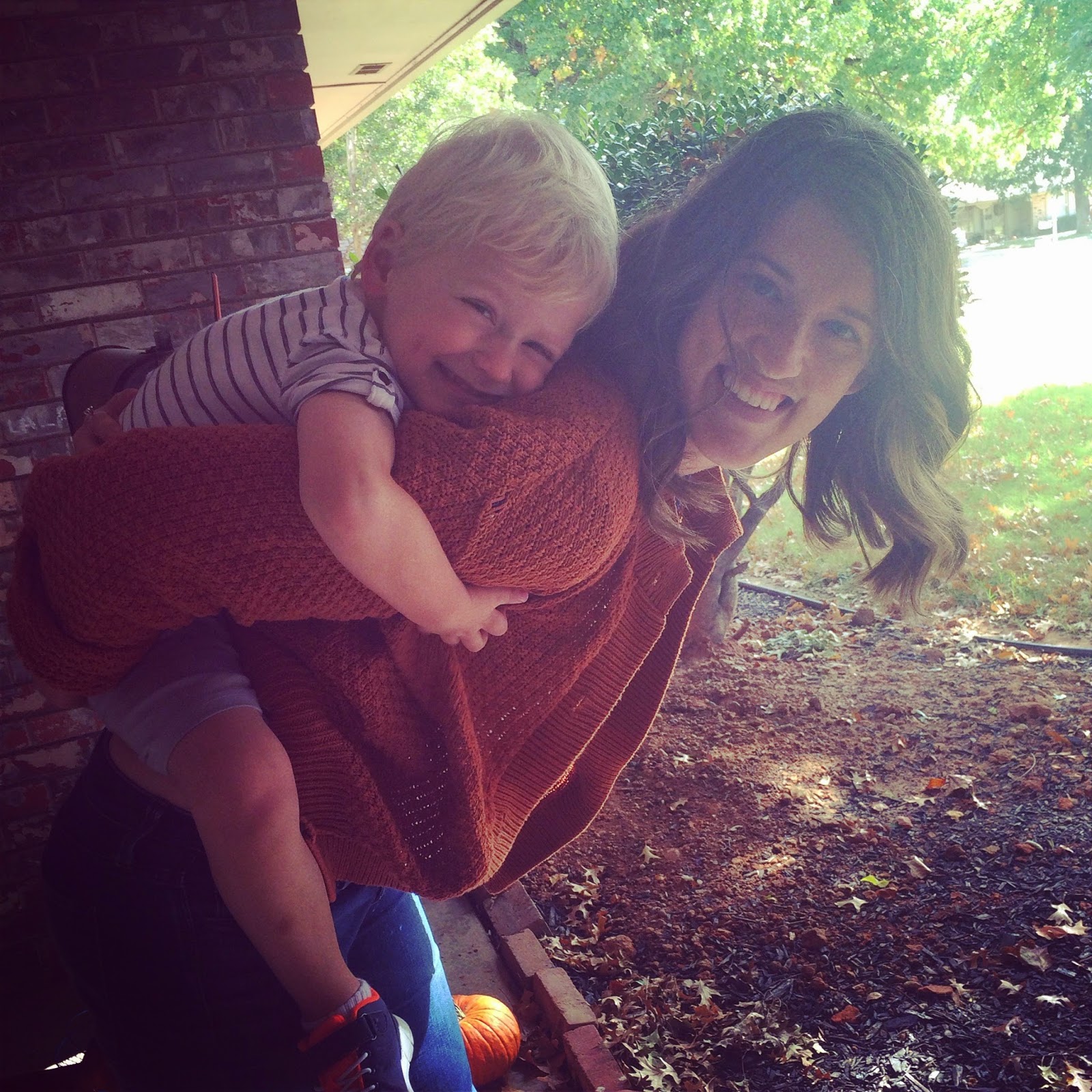 Posted by Claire@MyDevising at 4:19 PM