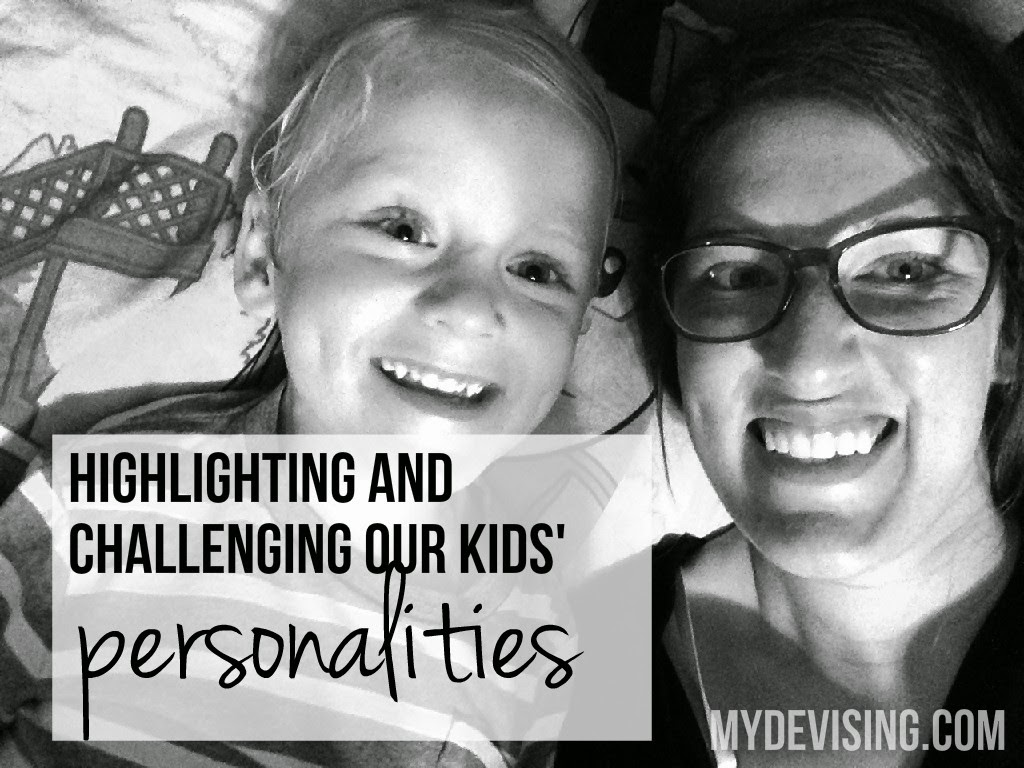 It's been obvious from the start that Duke has adopted much of his personality from me.  He is cautious, doesn't love a bunch of change, likes having rules, flourishes on a schedule, and hesitates a bit when trying something new.  Many times Colt will say, "Well, he got that from you!" as we see one of these characteristics displayed in Duke.  While we want to be sure to encourage a healthy amount of flexibility and risk-taking within him, we also want to understand and love him just as God has created him.

For me, getting on the same page as Duke is pretty easy since we're cut from the same cloth.  When something new is happening, I know he will thrive in the situation if I give him details.  He loves having conversations about new things.  He loves knowing the plan.  He will actually ask me, "So, what's the plan, mom?"

With our kind of personality, it's important for others to know that this desire to know what's going on doesn't always come out of a place of fear (sometimes it does, but not always).  We truly just like to be informed.  Sure, there are circumstances in life that give you no forewarning and that require you to go with the flow.  For those, we work hard and learn to adapt.  But if it's a choice between "let's see when we get there" or "tell me ahead of time," we'll most likely choose the latter.  A few positives of this kind of personality are organization, dependability, preparedness, and thoughtfulness.  When I see these things in Duke, I want to highlight and affirm them.

Now, Duke is only 3.5.  Real life has yet to hit him.  However, I do like to "impose" flexibility on him in small moments every once and a while.  When he wakes up in the morning, sometimes I make his breakfast first and sometimes I feed Nova's bottle first.  When we run errands, sometimes we stop by Sonic and sometimes I say no.  Sometimes we do bathtime during the day and sometimes we do it at night.  All of these things may seem really insignificant, but I think that the more I "change things up" on him, the more flexible he becomes.  A friend's birthday party was canceled and while he was disappointed, he didn't have a meltdown.  When school or church gets canceled because of bad weather, he understands that it's closed, we can't go, and that we'll get to go another time.

Like I said, those are really small things, but knowing his personality, I know he needs it.  It's my way of teaching his 3.5 year old brain that that while most days can be predictable, some days are not.  Some days look different than others.

Just yesterday, we showed up to his class at school and were told that he would be in a new class.  He cried because he loved his teachers and his friends, but also because it wasn't something he was prepared for.  It caught both of us off guard, and of course my mama heart was breaking for him.  But after a few minutes of tears, I saw him calm down and choose to get excited about playing with new cars in a new room.  I've seen him make progress in his flexibility and this experience was proof of it.

For people like us who can get in a rut of this-is-how-things-go-all-the-time-period, it's important to change it up every so often.  I want to challenge Duke to work through the parts of his personality that will get him stuck - stubbornness, pride, and inflexibility.

This is where Colt comes in to save the day.  Colt and I have so much in common, but our one difference that sticks out the most is that he is SO go with the flow.  If I'm going to a new doctor's office, I like to look at the map before I get in the car, know what floor I'm headed to, and get the suite number.  On the other hand, Colt is fine just getting to the building and figuring it out along the way.

Colt is such an amazing dad and I've loved watching him form his style of parenting into what Duke needs.  Parenting in a structured way by explaining things before they happen would not be the most natural way for Colt.  (And so we're clear - that doesn't make him "lesser" because he doesn't liveeatbreathe plans like me.  I love that about him and I have learned so much from it!)  He's figured out how give Duke the predictability that he needs while also adding in the spice of figure-it-out-as-you-go.  Now, don't get me wrong.  Duke and Colt do have their similarities.  They both love to put on a show, they love to be silly, they are incredibly social, and they really care about people.  I love those qualities about both of them.  But as far structure is concerned, they are opposites.

Duke is still so young and we have so much to learn about him, but it really is amazing seeing his little personality come to life.  It's fun knowing that Duke will see how I live by my planner and how Colt rolls with the punches.  Duke will see when it's great to be scheduled and when it's great to throw the schedule out the window.  While he will probably lean towards one way of doing things, my hope is that he will be able to find a balance when necessary.

In the end, Duke is Duke.  He has parts of me, parts of Colt, and parts that come from his own unique self.  It's a wonderful thing to be able to watch it all unfold.  As for Nova, in just her short 9 months of life, it seems that she'll take after her daddy.  We shall see! 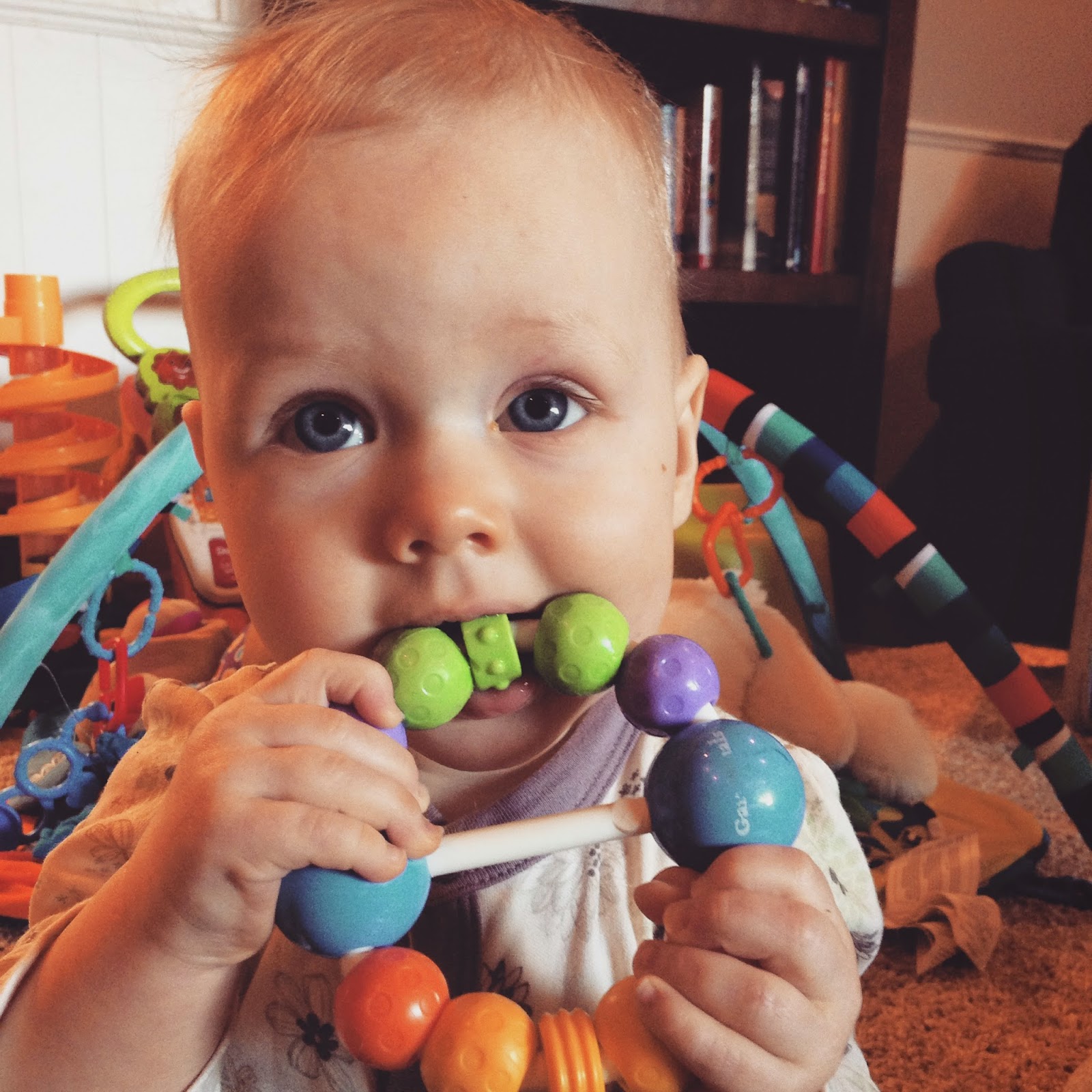 Posted by Claire@MyDevising at 12:26 AM