following your dreams after having kids 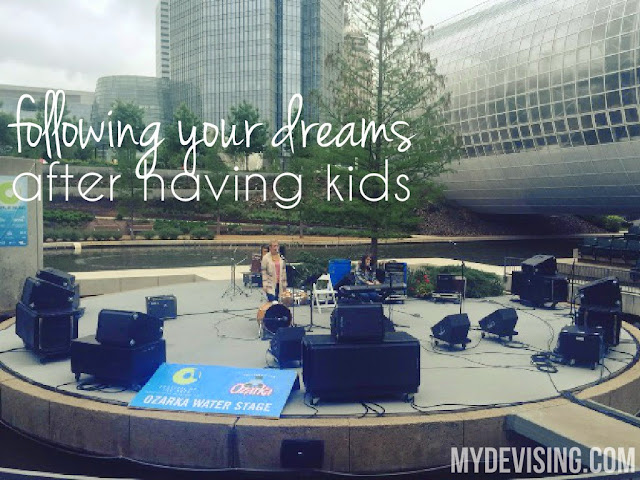 Colt and I are huge dreamers.  The majority of the time, we are each working toward at least one creative dream, whether it's together or separately.

We had just started recording a new album with our band, Mopak, a couple of months before Duke arrived in 2011.  (Because why wouldn't you start a project like that right before your first child was born?  Totally reasonable.)  But with determination, the help of friends and family, and God's grace, we were able to get all of the recording done.

Even though there were plenty of enjoyable moments during the process, there were also some very hard and frustrating moments.  It wasn't easy.  I was a new mom who was exhausted, depressed, and was wondering if life would ever be the same again.  Packing up and heading to the studio after a long day at home was not exactly what I wanted to do, but I pushed through (thanks to a ton of encouragement from Colt).  Four years later, the album is done.  You heard that right - four years.  We are tying up some loose ends before releasing it, but we are hoping it will be sometime in the next couple of months.

In the summer of 2013, I started getting that creative itch again.  I was really wanting to record a lullaby album with my mom and sister.  It's an idea we had tossed around for awhile and I was ready to get it going.  Everyone was on board and we began making plans in September of 2013.  There were tears, there were stressful moments, and there were tiring days.  But we, The Night Nights, finished it and released it in January of 2014.  It was such a blessing to not only accomplish this dream, but to do it with my family. 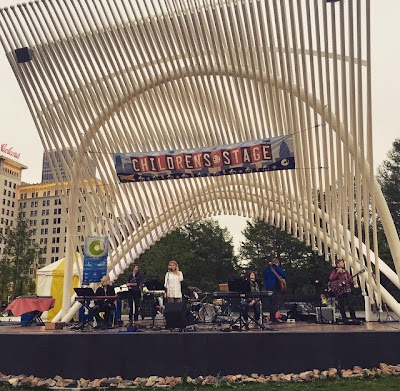 Just a few weeks ago, we got to play at the OKC Arts Festival.  We played several lullabies from our album, some nursery rhymes, and some fun Disney tunes.  There's something so freeing about playing music for kids.  There's no pretense or cool factor needed.  You can't sing "Under the Sea" seriously.  The goal is simply to enjoy music. 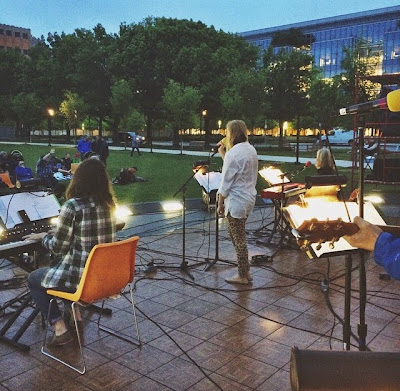 Along with The Night Nights' performance, Karlie and I - under our new-ish band name, Mary Ann - were also chosen to play at the festival.  (Follow us on Instagram to hear some clips from the festival.) 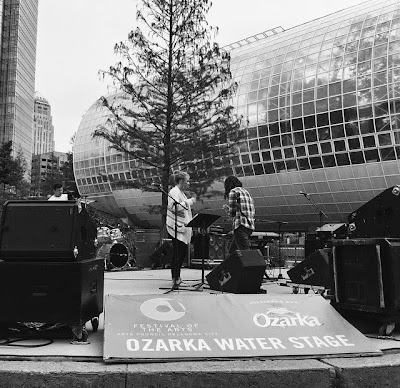 We did a couple new songs along with several that we've been playing together for a while now.  We had so much fun!  This performance with Karlie was probably my most favorite performance with her ever. 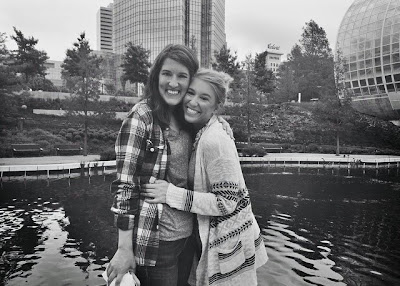 Transitioning into motherhood forces us to find a lot of new normals.  I've had to find a new normal for the dreamer in me.  I have to be really intentional if I want to see things happen.  I have to block out time to make progress.  I have to plan, plan, plan.  I have to be okay with the increase of time that it takes to finish something.  I also have to enlist the help of other people.  I can't do any of this on my own.  Not only do I need encouragement and support from friends and family, but I also need practical help.  The phrase "it takes a village" totally applies here.

But even though it's harder logistically to fight for what I want to do, I definitely think it's worth it.  Why?

It's important for you to run with the things that been put inside of you.  You have been given talents, gifts, and abilities that are unique to only you.  We shouldn't downplay what we really want to do because someone is already doing it.  You are the only person that can accomplish your dream in the exact way you're going to accomplish it.

It feels good to meet your goals.  We're all different, so I'm just speaking from my experience.  But as a stay-at-home mom, it's very important for me to set goals that have an end result.  Being a mom is a beautiful gift, but it's a gift that doesn't ever end.  Sometimes, it's nice to have a goal that I know has a finished product with a tangible end.

Your children are watching you.  I want my children to grow up watching us follow our dreams.  I want them to know that even when life gets busy and things get chaotic, it's still possible.  No dream is too big or too hard.  I desire for my children to have hearts full of dreams.  What better way to foster and encourage that than to do it myself?

I know all of this is only going to get harder as children get older and have 285 activities a week, and as we hopefully add more children into our lives one day.  I don't have all the answers.  But even if it's on a smaller scale, I do hope to continue dreaming through whatever life phase we're in.

Are dreams important to you?  How do you work on them and make them a priority?
Posted by Claire@MyDevising at 4:05 PM