our trip to maui

A few weeks ago, my parents took all of us on a vacation to Maui.  Our first time there was back in 2010 when we were 2 years into marriage, had zero kids, and had better bodies.  This time, all of those things were different.  We had some choices to make as far as children were concerned.  We decided we'd take Duke but that we'd leave Nova with Colt's parents.  I knew that the long flights paired with the time change would make it pretty non-vacationy for all of us if Nova was there.  Plus, there's no containing that little 14-month-old, especially on the beach.  (And I doubt she'd even be able to handle any beach time with her snow white skin.) 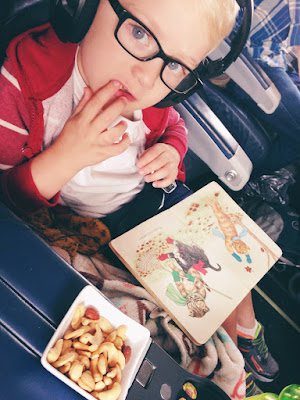 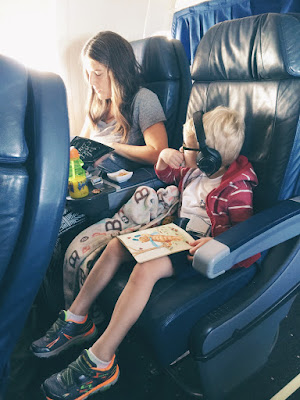 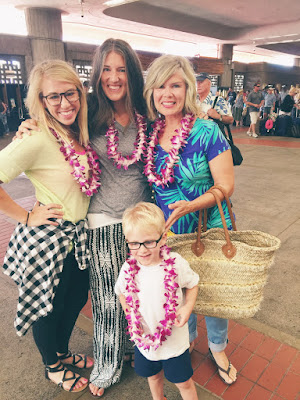 Leading up to this vacation was exciting but was not void of an internal battle.  I have never been away from either child for 9 days.  And being that far away made it feel even worse.  I couldn't run home or get to her if I needed to.  I think one of the hardest things to discern after dealing with anxiety is whether or not something is giving you a bad feeling because of your own fear or because the Spirit is stirring it within you.  I prayed a lot on my own and received a lot of prayer leading up to this vacation.  I was fearful of a lot of things and I didn't want to end up in a panicked situation.  Yet, I didn't want to make the wrong choice by not going.

I told Colt one night that asking a person who has struggled with anxiety to get on a plane, which will be traveling over water a lot of the time, and be away from their baby for 9 days was like asking for the worst possible outcome.  To anyone else, passing up on a Maui vacation sounded crazy.  But to me, saying yes to this scenario sounded even crazier.

Ultimately, I knew that my hesitation was birthed from fear, not from a bad feeling from legitimate discernment.  All of my concerns started with a "What if," which is never a solid place to start.  I knew that if I found a way to dodge this trip, I was forfeiting a chance to be courageous and trust in the Lord.  I was missing a chance to surrender and give up control.

Thank the Lord, the trip was uneventful (in a good way) and while I had to manage my anxiety a bit more for those 9 days than normal, I felt fine.  I enjoyed my vacation and am so grateful we got some time away. 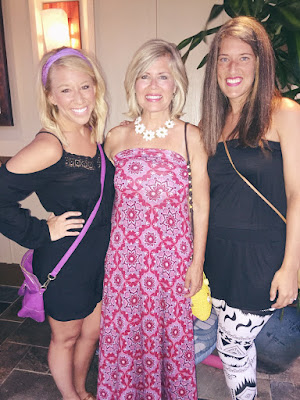 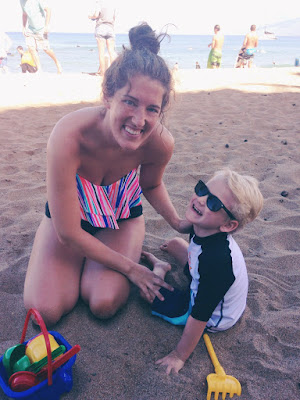 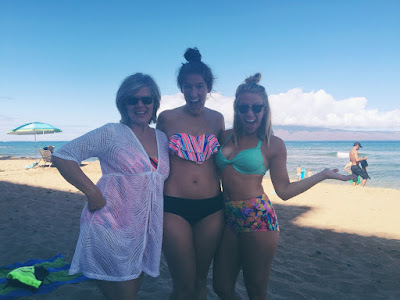 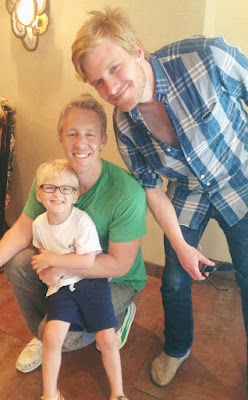 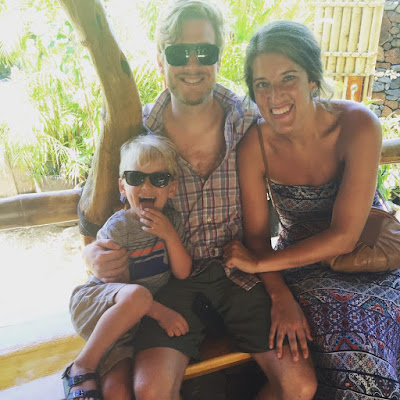 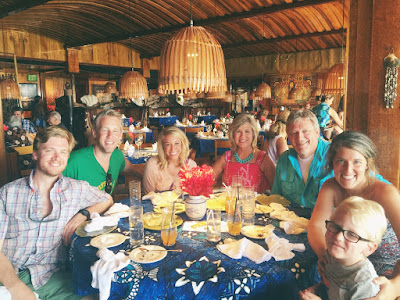 Highlights of the trip:

Date night with Colt //  We got the chance to slip away one evening for dinner and a long talk on the beach.

Duke learning how to swim // He's no pro, but this was the first time he'd ever swam without his vest or puddle-jumper.  He became quite the doggy paddler! 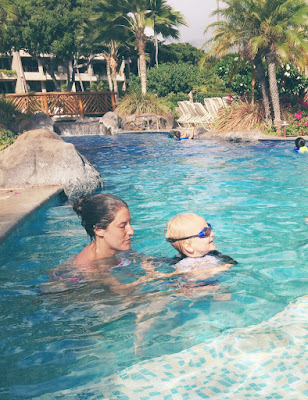 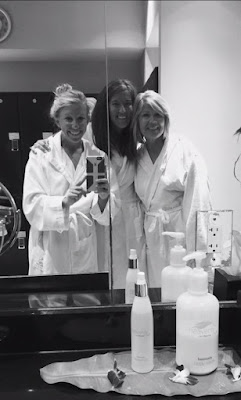 Meeting a sweet family at the pool //  Duke started playing with a little kid named King at the pool.  I mean, how fun is that - Duke and King.  Through that, we met King's parents and found out his dad is a worship pastor in Washington.  He uses the pedals that Walrus Audio makes (where Colt works) and she's a mom of 3.  We had a lot in common and it was really neat to connect.

Praying with one of our waitresses //  One of our waitresses was having some problems with her hand, so Colt and I prayed for her when our meal was done.  It was a really sweet moment.  I could tell she was encouraged at the end of it.  I know we definitely were.

The daily routine //  Because of the time change, we naturally went to bed early and woke up early.  This trip was great proof that "early to bed and early to rise is the way to be healthy and wealthy and wise."  I read, exercised, journaled, and prayed almost every day.  (Which is something I want to do every day at home, but I'm just not as disciplined with following through on all of it.)  It was so refreshing. 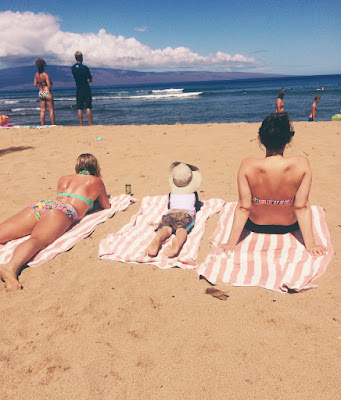 Time with just Duke //  We got to spend quality time with just Duke and that was wonderful.  When you take away one sibling, it's amazing what you can learn.  It was an absolute joy to put all of our energy into him, his questions, his stories, and his needs.  Along with that, and probably because of that, we barely had any behavior problems.  Back here, Nova got the same kind of one-on-one focus from her Mimi and Pappaw. 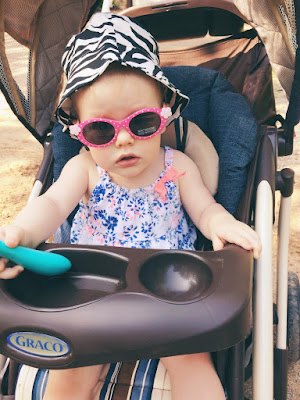 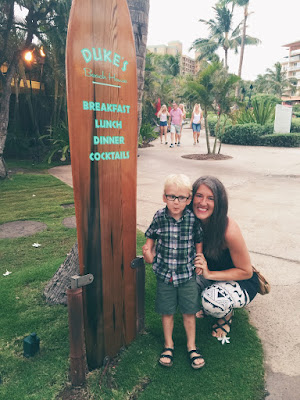 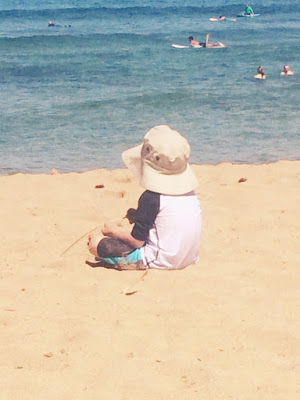 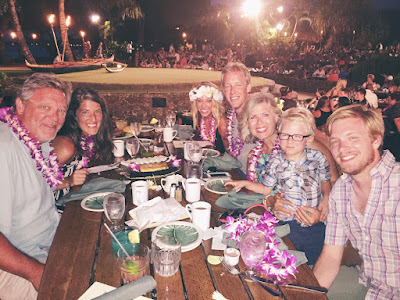 It was such a great time.

And then you get home and realize the potatoes have leaked onto the floor, your house smells, and you've gained 4 pounds.  Eesh!  Oh well - it was all worth it!
Posted by Claire@MyDevising at 4:00 PM