Growing up, my Grammy and Papa would take us to the mall for our birthdays.  We got to pick where we ate that afternoon and we got a certain amount of money to spend on whatever we wanted.

Can anyone say Gadzooks, Limited Too, and Claire's?  Yesssss. 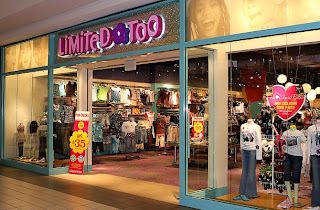 One year I spent my money on a backpack from Limited Too.  (I've always been a sucker for "back to school" season.)  It was made of that shiny pleather stuff and it had a VW Bug on the back of it containing the phrase "Bug off."  Very 1997.  Now, if someone does unfortunately own a backpack like that in middle school, she should probably be pretty cool.  Not the case for me.  Bless my little heart.

Anyway, I didn't have a problem spending my money.  Karlie, my sister, did.  This is funny to me now because I've seen how this has carried out in her life.  She doesn't really like making decisions.  As an elementary school aged kid, she'd walk around the mall finding thing after thing that she loved.  But she'd never buckle down and spend her money.  She'd ask my Grammy how much would be left after a certain purchase.  Once she knew the amount, it was just too great of a sacrifice.  She'd put the item back and continued the search.  This lasted a long time until Grammy would tell her that, eventually, she's going to need to pick something.

I am a huge dreamer, as I've said many times before.  It's a great thing but it can also be an annoying thing.  I come up with so many ideas and then I don't know where to start.  So I don't.

But as of the past few weeks, I've decided something.  I really like to write.  I'm not awesome, I didn't major in English, I'm not well-read, and I have no legitimate experience other than writing mediocre papers in college.  I just really like it.  I've always liked journaling and I write songs ... so I guess that could somehow be related.

This blog has been on my list of 'things I'd like to put my energy into' for awhile.  Since I officially decided I like to write, I figured I'd start here.  I'll put my energy into this.  Posts may be funny, not funny at all, interesting, helpful, mundane, whatever ... but I'm planning to write something at least twice a week.

So, there it is.  For whoever reads this, I hope you will continue.  A comment, a message, a like (over to the right) ... those things mean so much to me because I have picked this thing to work at.  My hope has been and will continue to be that someone somewhere will relate to something.  If anything, it will serve as a keeper of memories that I can look back on someday.  I'm not an expert mom, I don't make things out of twigs and ribbon lying around the house, and I can't make a gourmet meal out of pasta and peanut butter.  I'm just a person with a blog that writes because she likes it.  Thanks for reading. :)
Posted by Claire at 3:40 PM

Email ThisBlogThis!Share to TwitterShare to FacebookShare to Pinterest
Labels: BLOGGING/WRITING