Our last few days in Minnesota were great.

We ate some yummy food here on Friday evening. 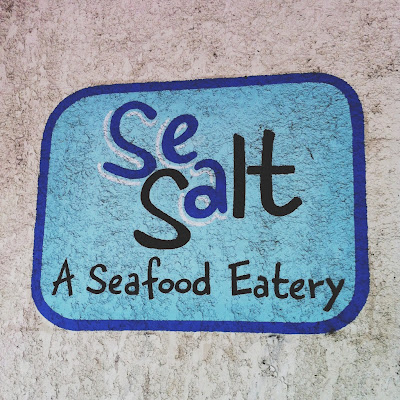 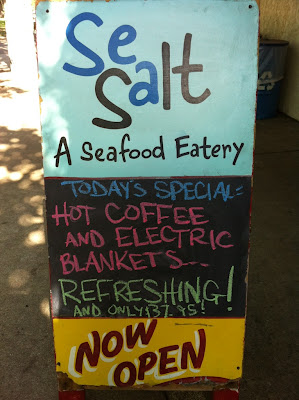 (They had a clever little sign for the hot Minnesota weather.) 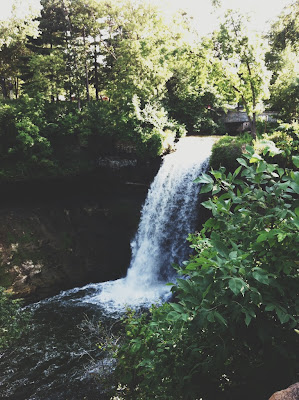 We walked around Minnehaha Falls and had a special moment at this statue. 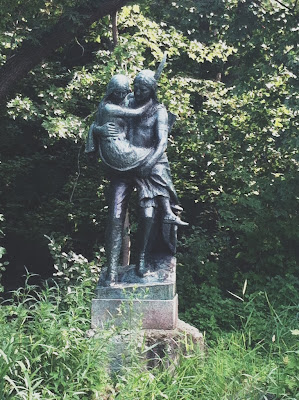 By special moment, I mean that Colt reminded me of his fake gang during college that was named Hiawatha. 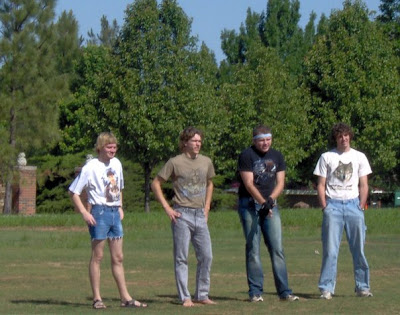 Also, each of these boys found a wife.  So that's good. 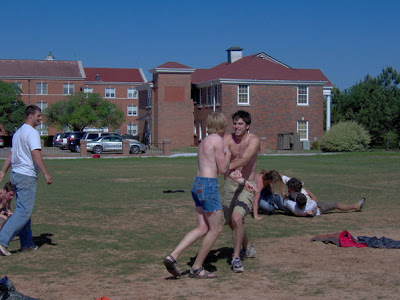 They're just a special little bunch, aren't they?

On Saturday night, we had a picnic at Lake Harriet.  It was really beautiful. 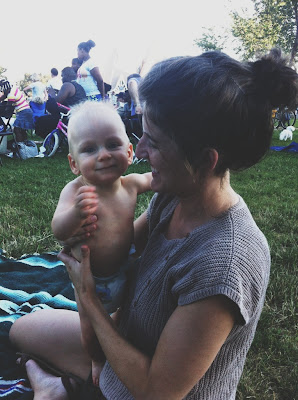 And, to top it all off, the Minneapolis Pops played a few tunes by Beethoven, Strauss, and Liszt (just to name a few).  I'm hoping that someday our Twilight Concert Series here in OKC can whip up a few evenings of some art music like that.  It was really lovely. 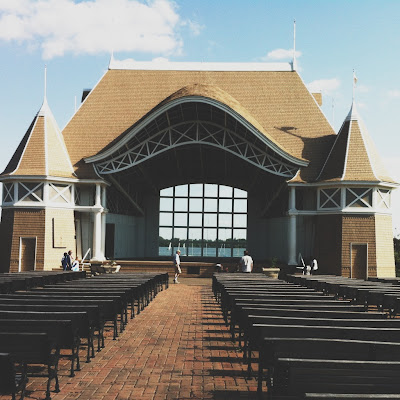 Sunday, we hit the road.  It was unknown as to whether or not we would drive the whole way home in one day or break it up.  We decided we'd let Duke determine that.  He decided we should stop and spend the night in Overland Park, KS.  So we did.

After we got our bags loaded into the hotel, Colt loudly demanded, "We will be normal people and we will go sit in a restaurant!  If he fusses, we're just putting Graduates in his mouth!!"  We were both exhausted but managed to laugh really hard after he said that.

(I'm not sure if you can tell, but traveling didn't go as smoothly as we had hoped it would.  We also fought like we did in our first year of marriage - a lot and about stupid, stupid things.)

(And by Graduates, Colt is referring to the Gerber Graduate snacks.  Sounds funnier without the context though.)

We ate at Jose Pepper's and oh my gracious.  It was good.  My stomach is grumbling just thinking about those shrimp tacos and that crisp Pepsi.  Man oh man.

We arrived home safely yesterday afternoon.  This trip, as our first long roadtrip and long vacation with Duke, was pretty tiring.  I'm thinking that traveling with a kid (or kids) is just something that you gradually get used to over time.  (Right?)  But Duke really did do a great job.  He took great naps and he slept perfectly at night.  Can't complain about that!

It really was fun to spend time with some family members that we don't see often.  We had a lot of great conversations, sang a lot of really silly songs (while playing Nerts), and had some good laughs.  I'm glad to be a part of the Westbrook/Johnson Clan.
Posted by Claire@MyDevising at 10:54 AM