all because the power went out for 3 hours

It's kind of been a crazy week.  True, we are trying to finish two fairly huge home improvement projects by Saturday morning's shower at our house.  But we're crazy and that's what crazy people do.

Several things have added to the mix of what has made this a crazy week.  One memorable moment was this:  On Wednesday, I had to eat a sandwich with un-melted shredded cheese on it. 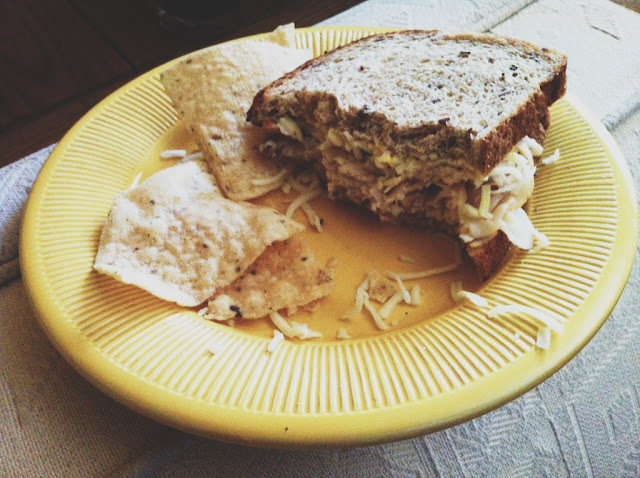 It started off as a great day.  I got the first coat of paint on our master bathroom walls done and Duke was his normal, happy self.  Everybody was great.  And then the power went out.  Washer off, dryer off, fans off, air conditioner off, microwave off.  Since Duke has been learning to reach out and turn the light switch off while saying, “ah,” he figured this was an appropriate time to say it.  “Ah.”  Yes, Duke, “ah.”

A fit was beginning to be thrown.  I was on a schedule.  I had a million things I needed to get done before teaching lessons, but now everything was off.  And the biggest problem of all:  what was I going to eat?

Duke was fine with room temperature-ish carrots, but I was not fine with my un-melted sandwich with butter on both sides.  (Who's the grown-up again?)  So I made another identical sandwich, without the butter of course.  But you know what is really annoying?  Only having shredded cheese in your fridge.  It worked for the Panini, but for a cold sandwich, shredded cheese is no fun.  I proceeded to eat this sandwich in the living room (in the dark) while watching Duke play.  Cheese was falling everywhere – on the floor, in the couch cushions, on my laptop keys.  Blah.

After eating my sandwich, I texted my piano students to tell them I needed to cancel.  I pressed "send" and immediately, the power came back on.  Hilarious.  Then I proceeded to send another text to un-cancel the lessons.  I felt like such a crazy mom/person.  And all because the power went out for 3 hours.

Anyway, that day is over and in the words of Celine, a new day has come.  My goals for the day include cleaning the entire house, finishing the bathroom, and maybe even taking a second to breathe.  And ... go!
Posted by Claire@MyDevising at 10:13 AM