This past weekend we did one of my most favorite things. 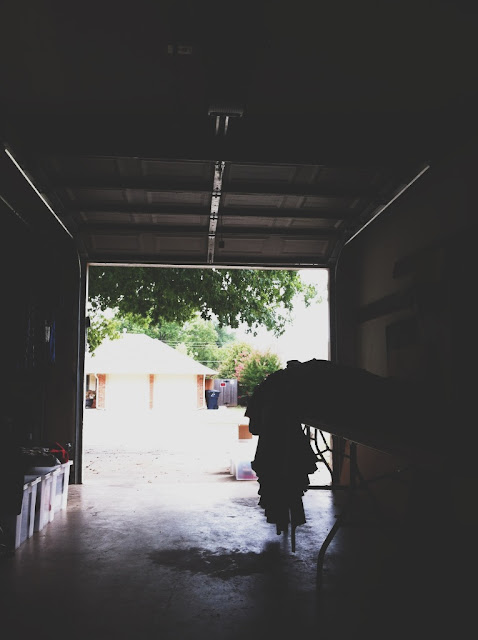 We had a garage sale.  This one wasn't a huge one.  I combined some of my stuff with some of Reese's stuff and altogether, it was just enough to fill the garage.  Clothes were the main thing so we had piles and piles scattered all over the tables.  You know, Old Navy clearance style.

After you take out money for meals while running the garage sale (because, duh, you have to eat Dunkin Donuts, Chinese food, Jimmy John's, and Chick-fil-a), we made about $80 bucks.  Some of you may think that's totally not worth it, but I totally disagree and let me tell you why.  No real "work" was involved.  We didn't price anything.  We put up some signs with general prices and went with it.  This means the only thing I did was gather stuff from around the house and throw it out there.  I just wanted to end up with less stuff than I started with and have a little extra cash to go towards the new car seat that we need to get for Duke. 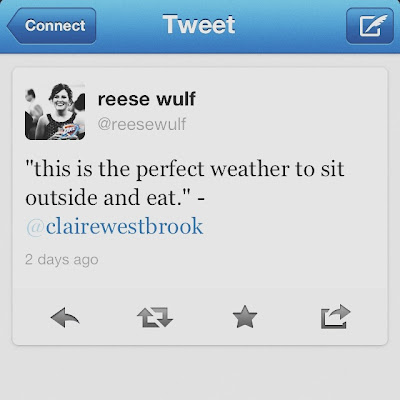 (Which is exactly what we did.)

So even though only one of our garage doors worked all weekend, I had a lot of fun.  Duke did as well. 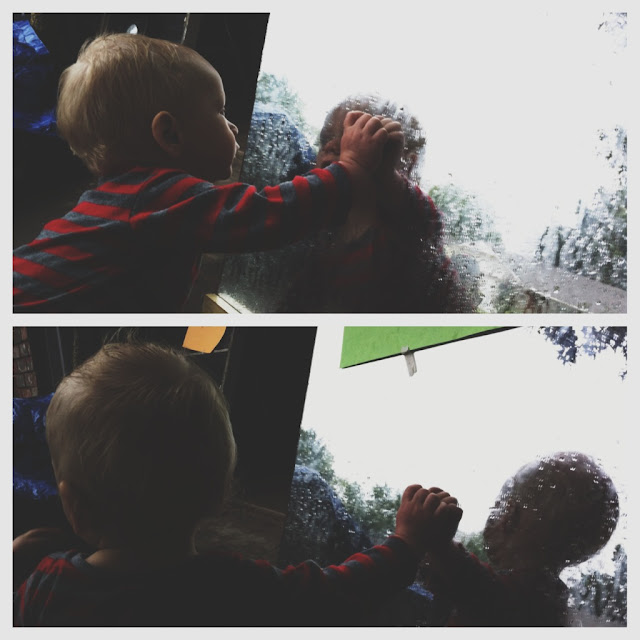 (Playing in the rain by a mirror that was for sale.) 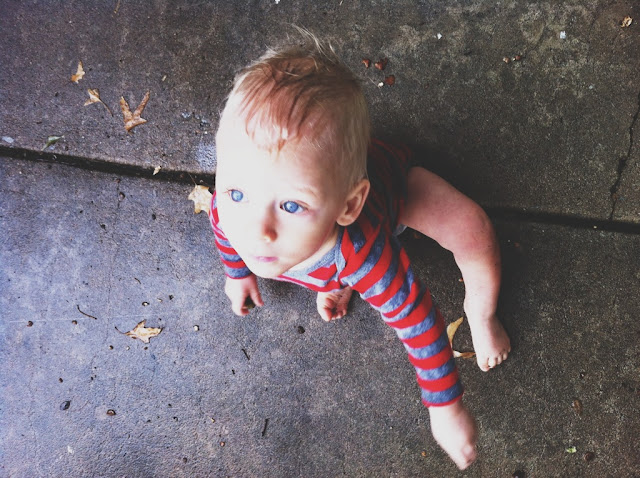 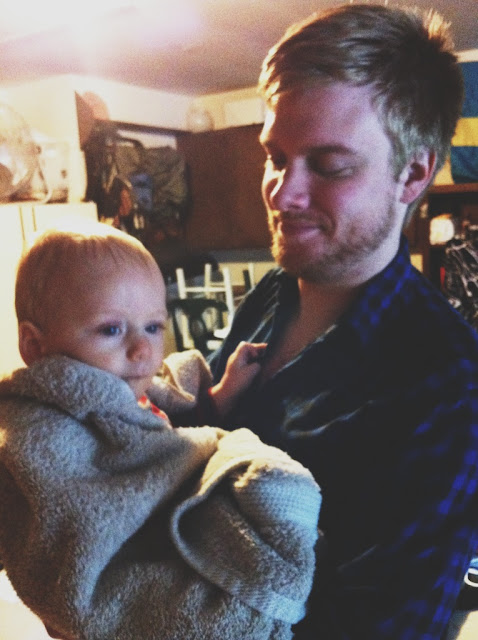 (Dad wrapped him up and gave him a warm bath after his playtime in the rain.)

After we wrapped things up with the garage sale on Saturday, we went over to my parents' new house.  Even though they had just moved in that weekend, they were insistent on having us over for pizza.  We eventually found out why. 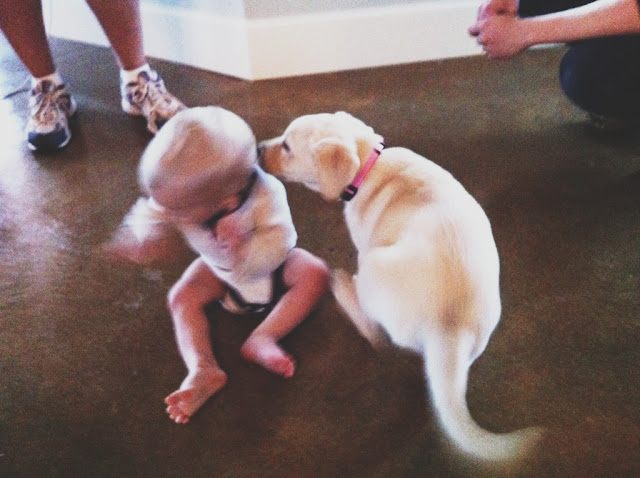 Not only did we get to enjoy their beautiful new home, but we got to play with their new puppy!  Her name is Alice.  (You can guess where that name came from. :))  And contrary to what the picture may have you believe, Duke absolutely loves her.  He scrunches up his nose, breathes in and out like she does, and they chase each other around.  So much fun!

Sunday we woke up and headed to church early with Duke since both of us were playing.  The crazy thing was that we woke up rested.  You know what happens when you don't watch SNL and you go to bed on time on Saturdays?  You get 8 hours of sleep and your entire Sunday is way better.  What a novel idea!

I started the laundry Sunday night and caught a glimpse of this just before emptying Colt's hamper. 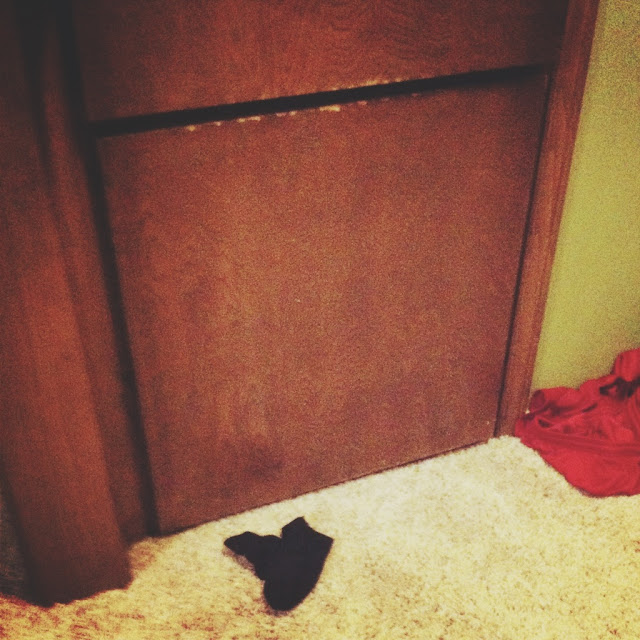 Really?  You just couldn't get that dirty sock ALL the way into the hamper?  It's okay though.  I was in a good mood so we just laughed about it.

Here's to the beginning of October, the craziest month of all the months, and a happy birthday to my sweet dad!
Posted by Claire@MyDevising at 12:31 PM