On Friday, the day was spent with Reese and Merritt.  It was quiet and calm.  Duke even understood the mood of the day as he gently reached out to touch Merritt's fingers while Reese was changing her diaper.  We were all in shock and like hormonal women, almost in tears.  It was so sweet.  Friday evening was spent with the Chambers and Suarez families.  It was loud and funny.  The kids made crazy noises, chased each other, stole toys, and poked each other in the eyeballs.  It is so fun to watch them all play together.

We had a little park day on Saturday afternoon.  It was nice to lay on a blanket in the sun and watch Duke in his element.  It was an especially windy day, which he prefers. 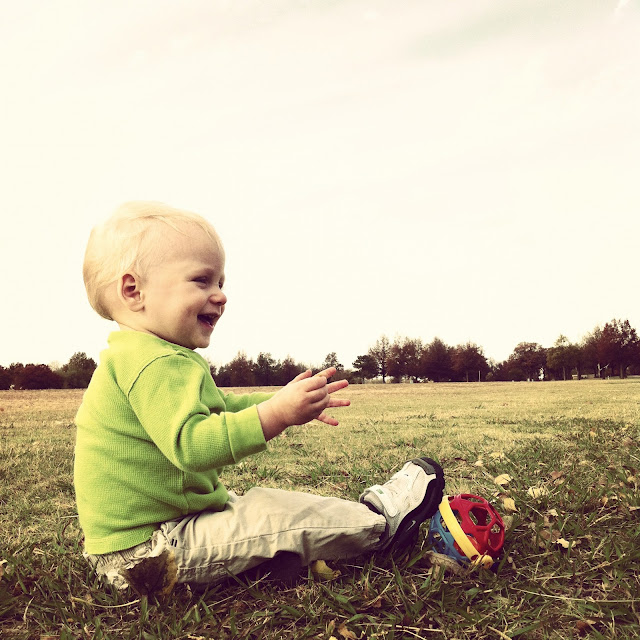 After Duke's afternoon nap on Saturday, we sat on the couch together for snack time.  He fed me Cheerios and it was the sweetest thing. 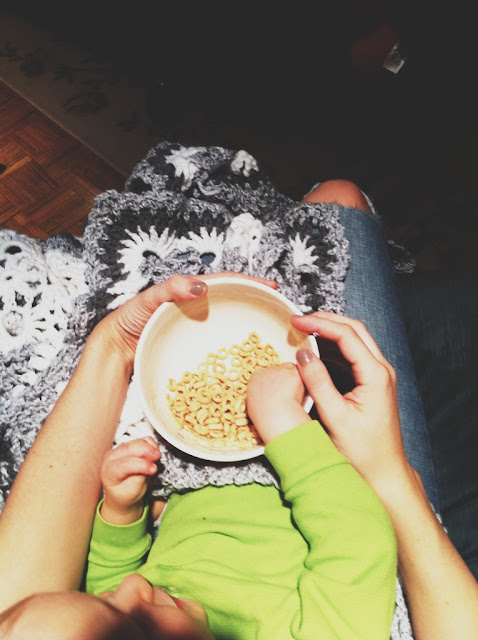 Saturday night we went to OBU to see Karlie in Harvest Court.  She was up for Best All-Around and carried on the family tradition by losing.  We were all so proud! 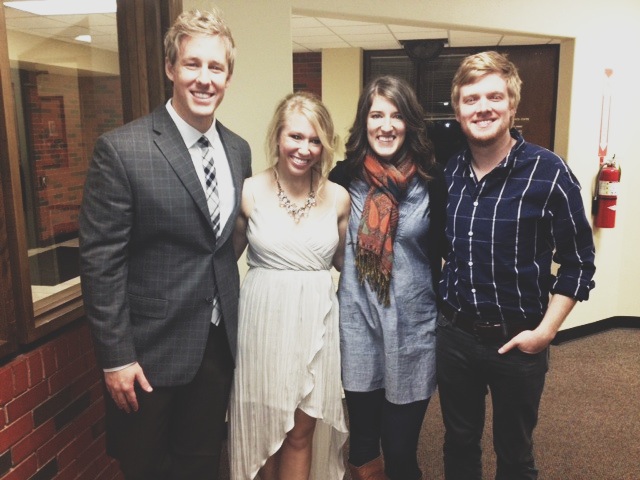 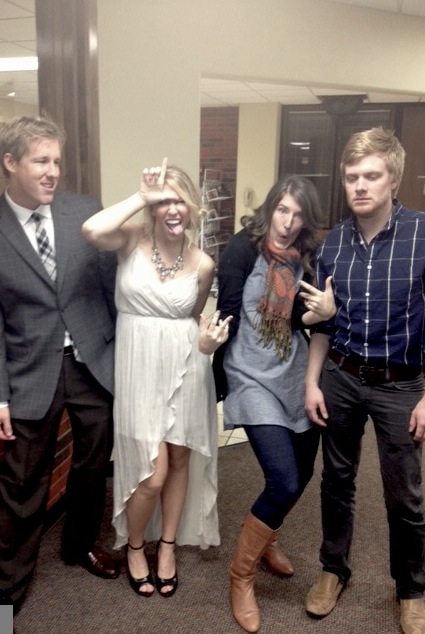 Sunday morning was weird.  We took two cars to church and on my way there, a woman came running out into the street, trying to stop my car.  I immediately thought, maybe I could just squeeze by her and avoid this whole thing.  Because if I stop, I know I'll have to do whatever she says or I'll feel guilty for the rest of the day.  Well, she was pretty much in the middle of the road so I had no option but to stop.  I rolled down my window and she started talking.  She needed to get somewhere that was just about 5 minutes away.  Of course, it was in the complete opposite direction of where I was heading and I was finally getting to church at a decent time, but whatever.  I took a good look at her and let her in my car.  My hand stayed ready to attack at any time and mama bear Claire was on guard.  But even as I first saw her, I felt the Lord saying, "It's okay."

She fake cried the entire drive and told me a million sob stories.  In the process, Duke decided to start crying.  Loudly.  So it was just a tad bit stressful.  I pulled up to the apartment complex and she asked me if I had any money to help with her messed up car, one of her sob stories.  I had no cash.  She got out, seemingly frustrated at me.  I said, "Well, I hope it helps that I at least got you where you needed to be," prodding for a "thank you" or anything resembling thankfulness.  She said, "Well, I need to be in Okarche," (where her kids supposedly were) and slammed the car door.

I sat there for a moment in shock.  Then I loudly pulled out of the complex and said a few things to myself aloud.  I called Colt and told him I would obviously be later than planned.

I got to church all flustered and mad.  On top of that, they didn't have decaf coffee that morning - the first morning ever in the history of the church to not have decaf.  Well, maybe not, but it felt like it.  I told Colt I might just stand in the back of the sanctuary and cry.

This lady had really gotten to me.  And why?  I've helped random people on the side of the road before with a couple bucks and they've never gushed "thank yous" at me.  But this time was different.  I had been inconvenienced, taken a risk with my child in the car, and received absolutely no gratitude.  Not even a generic, "God bless you."

Later that evening Colt said he felt like that story had a lot of significance for us.  How many times do we say, "Well, I need to be in Okarche," and then slam the door on God?  Probably more times than we'd like to admit.  Well, I need a little more money each month.  Well, I need a bigger house.  Well, I need to be healed from my anxiety.  After He gives us one thing, we respond with something else that He forgot.  The truth is, we have more than what we need.  We just have to take a second and realize it.
Posted by Claire@MyDevising at 10:16 AM