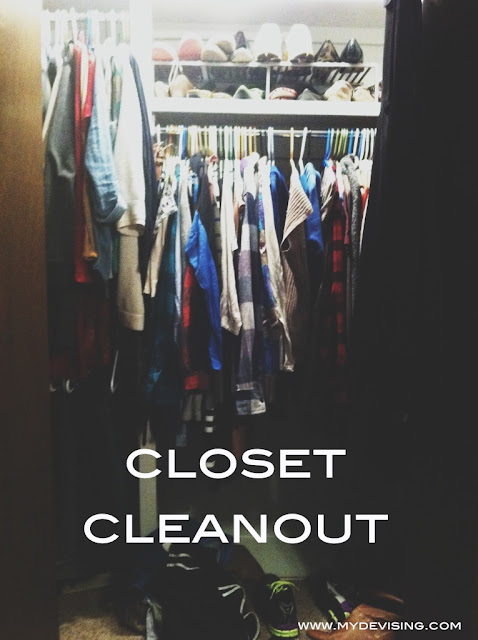 This whole closet cleanout deal has lasted way longer than I had planned.  I've been writing about it and anticipating it for several posts now (here, here, and here).

It's happened in baby steps.

For the past several years, I've done a semi-purge each year, usually resulting in a garage sale.  (I say "semi" because if any of them had been legit purges, I wouldn't have needed what happened this past Saturday.)  Then several months ago, Cassie from The Riley Group totally reorganized my closet.  Our goal wasn't to purge, but rather end up with a functional closet so I could really see what I was wearing (and not wearing).

Turns out, I was wearing the same 30ish items over and over.  The majority of my closet was filled with hangers that were left unturned.  Things needed to be thrown out.

Here's the deal.  It's one thing to thumb through the clothes in your closet and take out what you can live without.  It's another thing to take it all out of your closet and address every little item.  One by one. 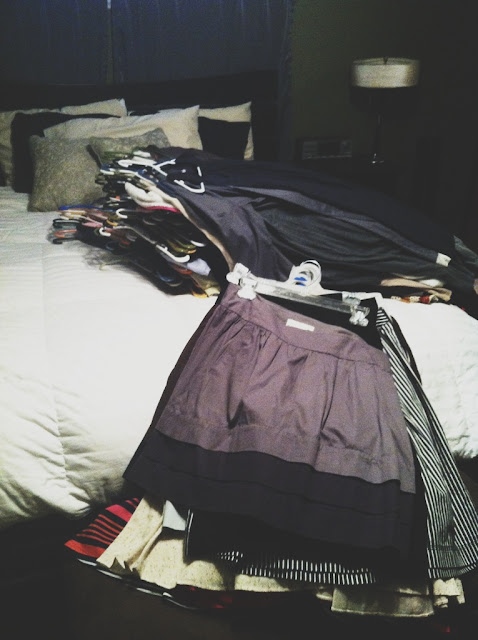 That's exactly what I did with Ashley. 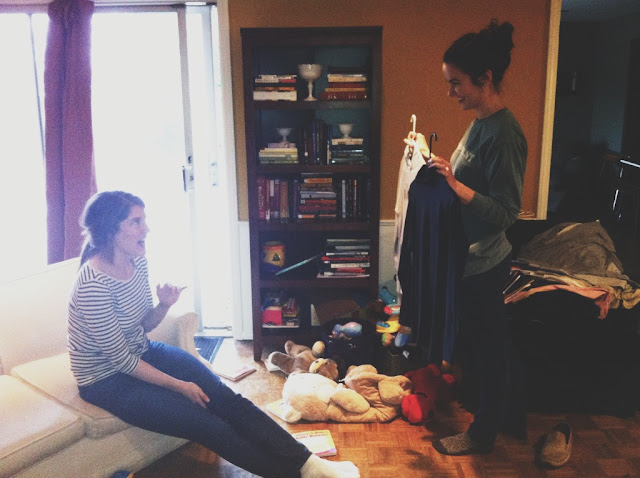 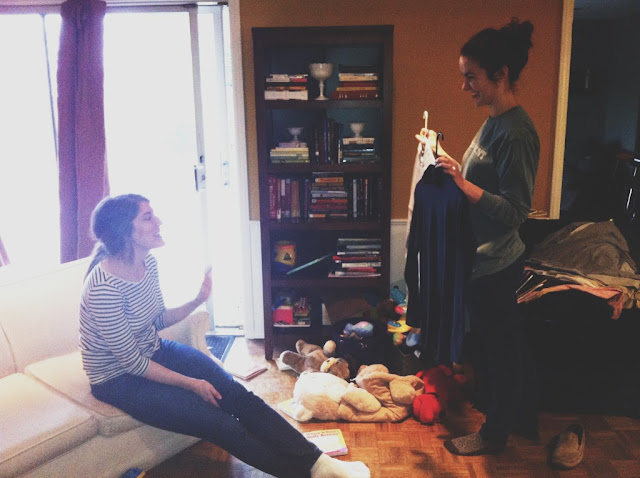 There's something different about trying on a pair of pants in front of a friend and seeing her face as she says, "Yeah, I just am not sure you're going to wear those."  AKA "THEY'RE NOT CUTE."  Ashley is a really nice person so her version of saying something isn't cute went like this:

With too many options in my closet, I was resorting to the same few things all the time.  That's just silly.  (Remember, I had a Cheesecake Factory closet.)

At the end of my day with Ashley, we had gotten rid of 59 items in my closet.  Since then, I've gotten rid of more.  Here's my grand total so far:

And there are still some if-y items in my closet that I need to either figure out how to wear or throw out.  So I plan on adding to that number.

In conclusion, I'm loving my new and almost-fully-edited closet.

Coming up:
-What I've learned about my personal style (or lack thereof)
-Pictures after my closet and wardrobe are 100% edited and organized
-Putting together outfits and making items work that I do love, but haven't been able to style

Do you guys have a system of organization in your closet?  Do you feel like you wear everything you own?
Posted by Claire@MyDevising at 3:59 PM