how and why i started running 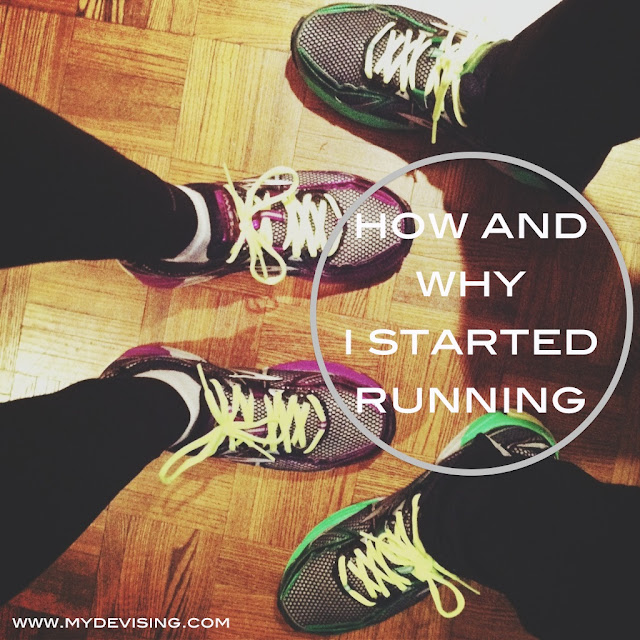 I read this article a couple days ago and was inspired to write a little bit on how and why I started running.

First, let's get this straight:  I do not consider myself a natural athlete.

As a child/teen, I played softball, took ice skating lessons, ballet, jazz, cheerleading, and tumbling.  Impressed?  You shouldn't be.  I did each of those for one year.

(And even after a year of tumbling in 7th grade, I never mastered a round off back handspring.  Which I'm pretty sure should've been accomplished by that point.  Maybe it's because I had this weird impulse to suddenly slow down right before going into the round off, eliminating all momentum.  Or maybe it's because I insisted on doing a left-handed round off even though I'm right-handed.  Or maybe it's because I was just terrible.  Who knows and who cares.  My spotter looked like Lance Bass and that was reason enough to keep making a fool out of myself.)

So, that is the extent of my athleticism.  Although I still claim to have a pretty decent table top jump, I don't actively participate in any of those activities now.  (Obviously.)

When I got to college, I started to notice my body more - not in a bad way (or a creepy way), but in a hmm-things-aren't-going-to-just-stay-the-same-forever-if-I-keep-not-exercising way.  I needed to find something that I could do to stay active.  So I chose running.  From what I gathered, it seemed like the most natural thing for a regular ole Joe to pick up.

Sophomore year of college, I really got interested in it and ran the longest distance I'd ever run - 3 miles.  THREE MILES.  It seemed like an eternity.

Because the inspiration to run hit during J-term (the most glorious thing ever created by the college gods), I had lots of time to work on this new little hobby.  Sadly, once the semester started back up, running inched its way down the priority list.

My senior year, I moved into a house and running in a neighborhood seemed a lot better than running around campus where everyone is up in your business.  So after a couple years of being pretty lazy, I tried it.  After my first run back, I actually remember saying, "I just don't think my knees can handle it.  They hurt after I run so I must just have bad knees.  Maybe it's not for me."  I gave up for awhile, claiming that the old age of 21 had taken its toll on me.  I'll just have to go on walks, I thought.

I was pretty off and on with running/exercise from that point on.

And then I got married to a former high school cross country runner.

He doesn't claim to be awesome, but he totally is.  He isn't a ridiculous health nut and he doesn't obsess over exercise, but he enjoys being active on a consistent basis.  He loves to run and, of course, he's good at it.

So here I was  - trying to be a runner again, for the 3rd time in my life.

The distance around our apartment complex was 1.5 miles.  After stopping early on several runs, whining and complaining to Colt while running, and wanting to cry after every single one because my body just hurt so bad, I finally got the hang of it.  And by "hang of it," I mean that I was able to set a goal ("I'm going to run 1.5 miles."), accomplish a goal ("I ran 1.5 miles."), and get excited about it ("I RAN 1.5 MILES!!").  It finally felt good.  I wasn't too consistent at this point, but I had done it enough times to feel successful.

Then came 2009 - the year Colt started talking me into doing this thing called a half marathon.  "How far is that again?" I'd ask.  13.1 miles pretty much seemed like a death sentence.  However, I am a goal-setter and a put-your-mind-to-it kind of girl.  I made the big announcement in this post that I'd be running a half marathon.

Contrary to what my 21-year-old-bad-knee self thought, I was able to run.  And not just run, but run 13.1 miles.  I wasn't fast and it definitely hurt towards the end, but I did it.  (Here's a little recap of the 2010 half marathon if you happen to be new 'round these parts.)  That totally added fuel to my running fire.  Since then I've run another half marathon, several other races (5ks, 8ks, 10ks), and am going to run my 3rd half marathon this April.

Thank goodness that running and I found each other.  Otherwise, my guess is that I'd still be working on my back handspring.

Are you a runner?  What sparked your interest in running?
Posted by Claire@MyDevising at 8:51 AM