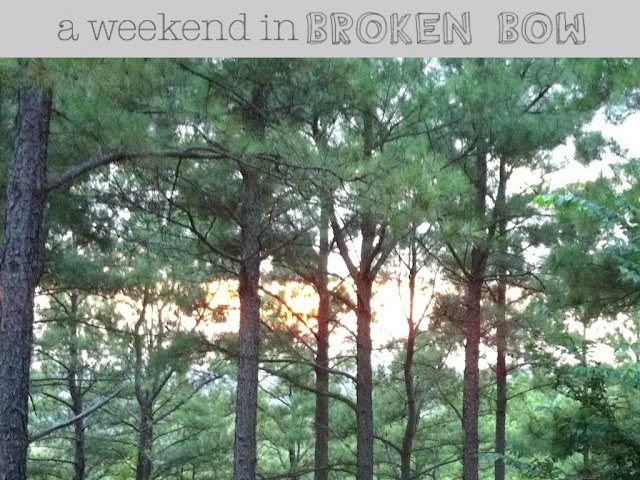 There really just aren't words to describe the weekend we just had.  We spent Thursday through Sunday at a cabin in Broken Bow with 4 of our sweetest friends. 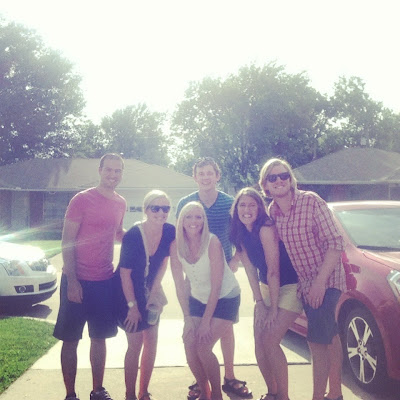 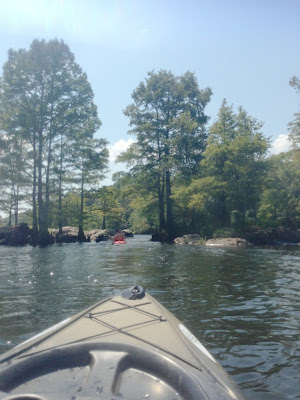 But the girls?  We wanted to sit on couches, talk, paint our nails, and eat.  And that's exactly what we did.  Two full days of that - can you even imagine??  I'm pretty certain that the 3 of us haven't ever sat and talked for that long.  It's a miracle these days to get through one conversation topic without, "No, you can't hit him with the drumstick!" or, "That's not your sippy cup!" or, "You want to go on the swing again?"

One night we stayed in and cooked dinner - steaks // olive, artichoke, & rice salad // pasta salad // bread.  This was also the night the oven caught on fire. 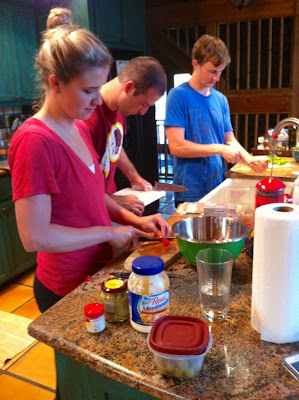 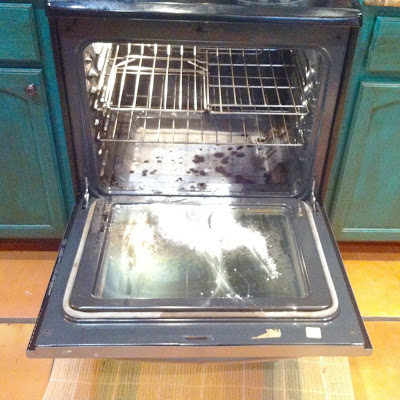 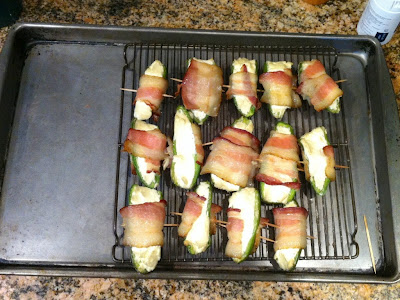 Grease was dripping from our tasty jalapeno/cream cheese/bacon popper appetizers.  It wasn't long before Megan walked by and said, "Um, Kelsey?  There's a fire in the oven."  And these were flames, you guys.  Not like a cute little fire we could pat out.  FLAMES.  While frantically discussing the options of throwing water on it or using the fire extinguisher, I saw a face in my head.  It was an old lady with buck teeth staring at me saying, "Always use baking soda for grease fires."  Ms. Butler, I may have messed up a few recipes in my time, but I have not forgotten that one important life-saving fact.  (I didn't forget it when our stove at home caught on fire either.)  Thank goodness for 7th grade Home Ec.  I saw the baking soda in the fridge the first day we got there, so I blurted out, "I think we need to use baking soda!  It's in the fridge!"  Thankfully, I was right.  The fire was gone.  (And don't worry, we took the jalapenos out before throwing the baking soda.  Those babies were moved straight to the grill and tasted just as yummy.) 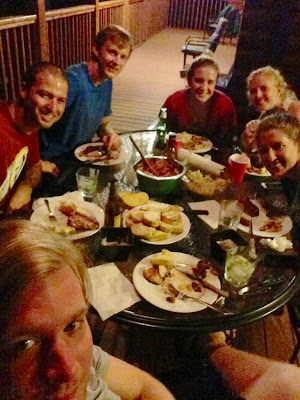 The next night we had already planned on eating out.  But none of us wanted to turn that oven on again anyway, so it worked out.  We went to The Grateful Head and ate pizza while listening to a bunch of old guys play live music. 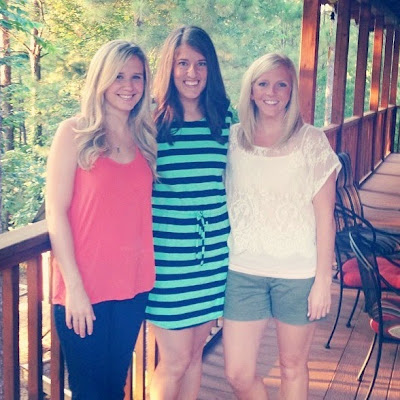 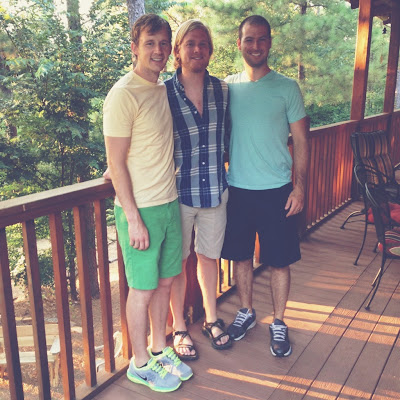 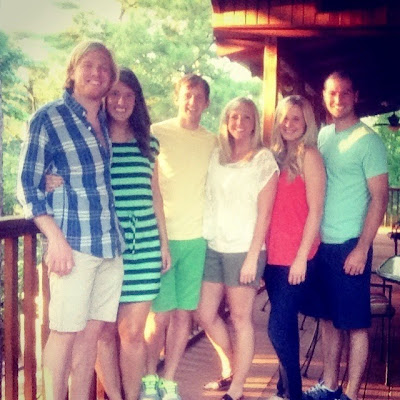 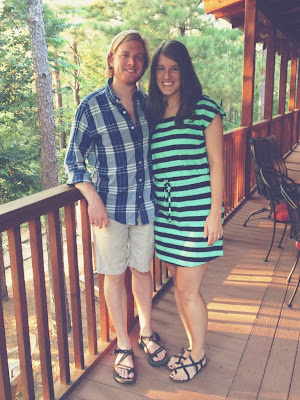 This weekend was the best - we each got girl/guy time, we got couple time, and we got spouse time.  The only thing that would've made it better would've been to have all of our kids there.  But at this point in time with the ages our kids are, it would've been anything but a vacation.  Maybe when they're all 6 years old and up.  Is that when vacations with kids get easier?  I have no idea.  But if it isn't, don't tell me when. 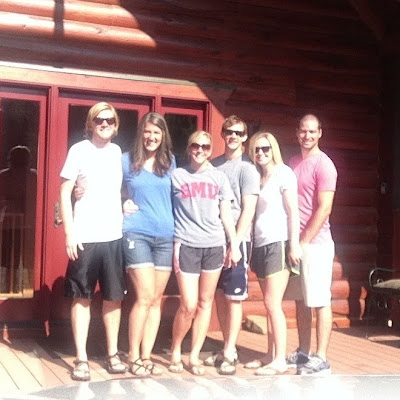 Thanks for the perfect weekend, Suarezes and Chambers.  Many more to come!

I'll leave you with a couple of exciting things concerning The Lockout:
1.  You can officially buy the album on iTunes now.  If you've already got it, throw a good rating or review our way!
2.  NPR had a little snippet about it.  (Go to the 3:50 mark to hear it.)
3.  Slate did a little piece about it.

Opening weekend was this past weekend and I'm just so excited for everyone involved!

Hope you guys have a great week!
Posted by Claire@MyDevising at 3:46 PM