Just for funsies, let's compare the life of Duke and Nova in my belly. 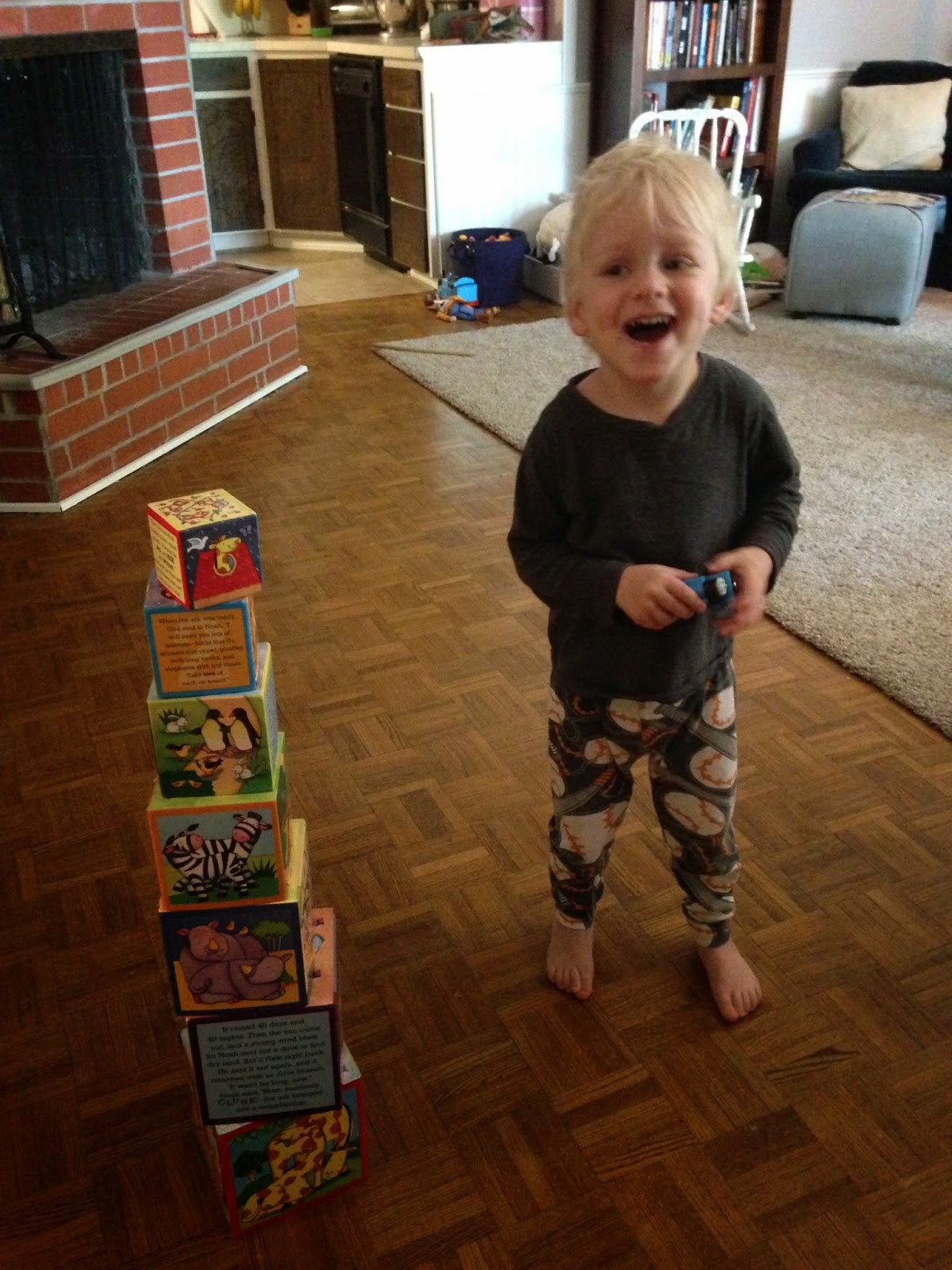 With Duke in my belly, it was pretty much just me living a peaceful existence in my home each day.  This time around, I've had this entertainer to keep me company.  He builds some pretty great towers and he also brings me my shoes when I just don't feel like getting off the couch, walking over to them, bending down, and putting them on.  He's been a great helper and takes pretty good care of his mama.

I first felt Duke around 20 weeks and first felt Nova around 18 weeks. 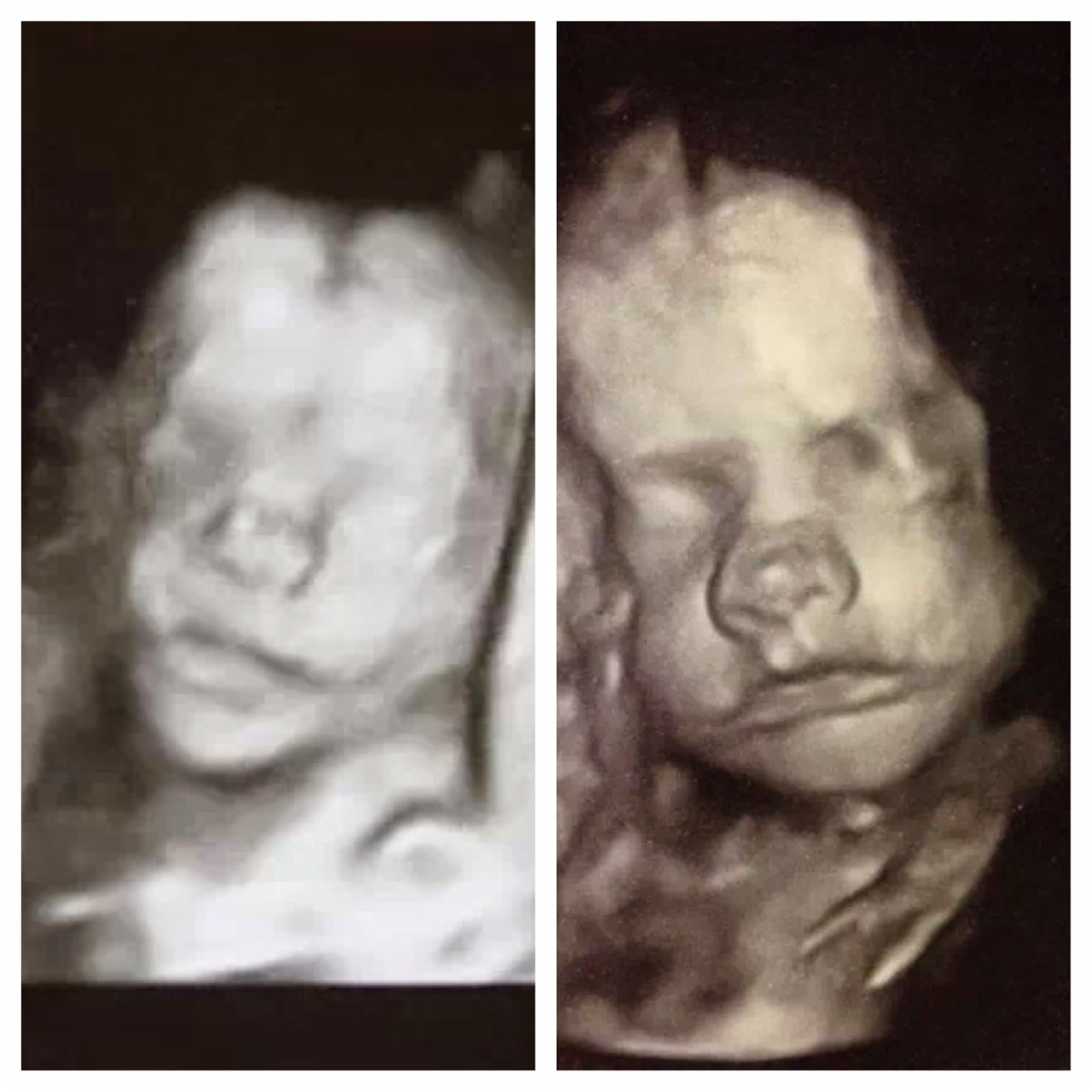 So, are they twins or just siblings?  It's amazing to me how similar they look!

I started feeling them with Duke around 33 weeks.  With Nova, I began noticing the sensation of them around 22 weeks, but didn't experience the actual stomach tightening aspect until a few weeks later.

-Nova's heart rate has consistently been higher than Duke's.
-I am officially the same exact weight with both babies at 40 weeks.
-My blood pressure is typically low and has remained pretty much the same for both pregnancies, with common ups and downs.  However, mine is a bit lower at the end of this pregnancy than it was with Duke's. 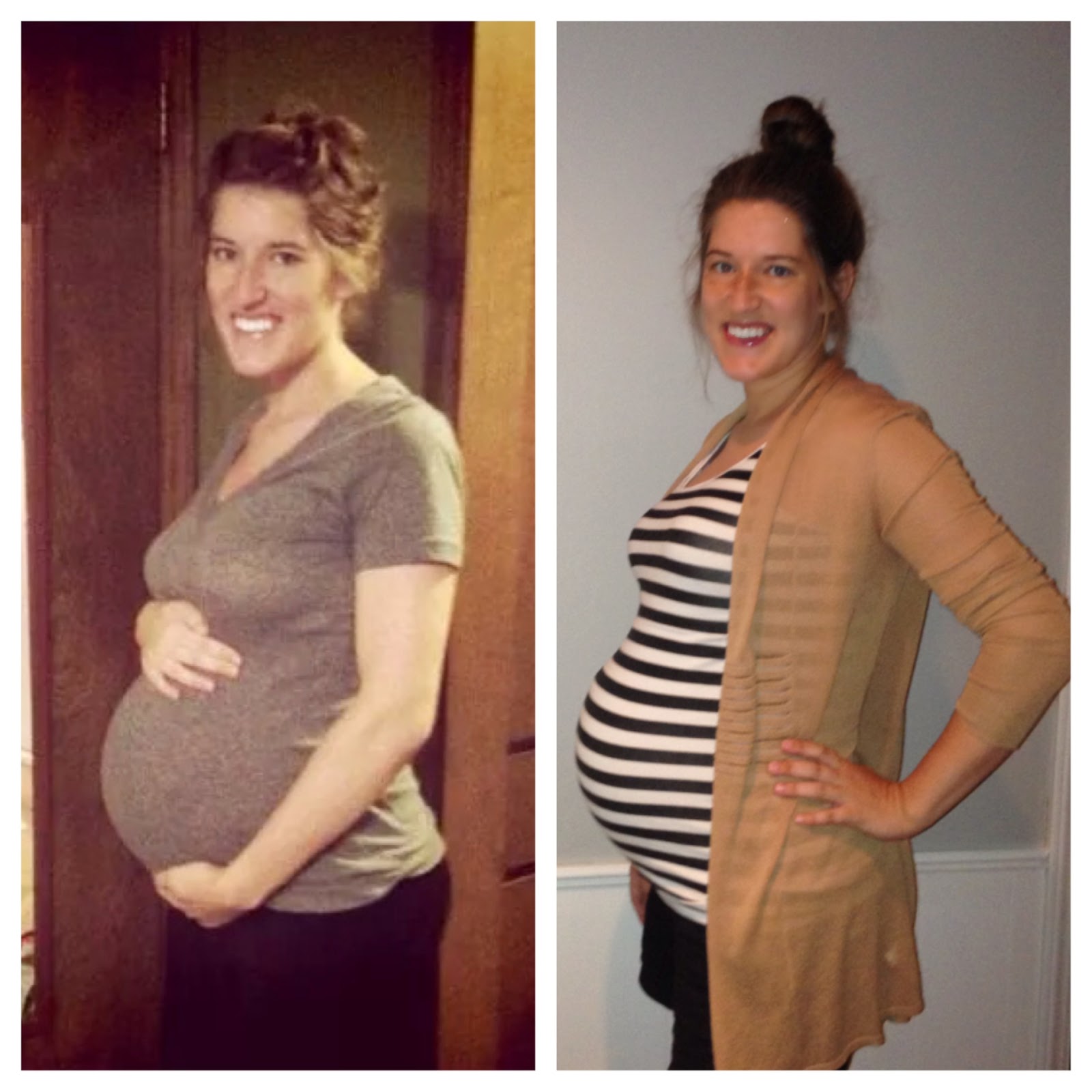 These belly pics were both taken at 38 weeks.  In general, I don't think there was a huge difference with my belly's size in these pregnancies. 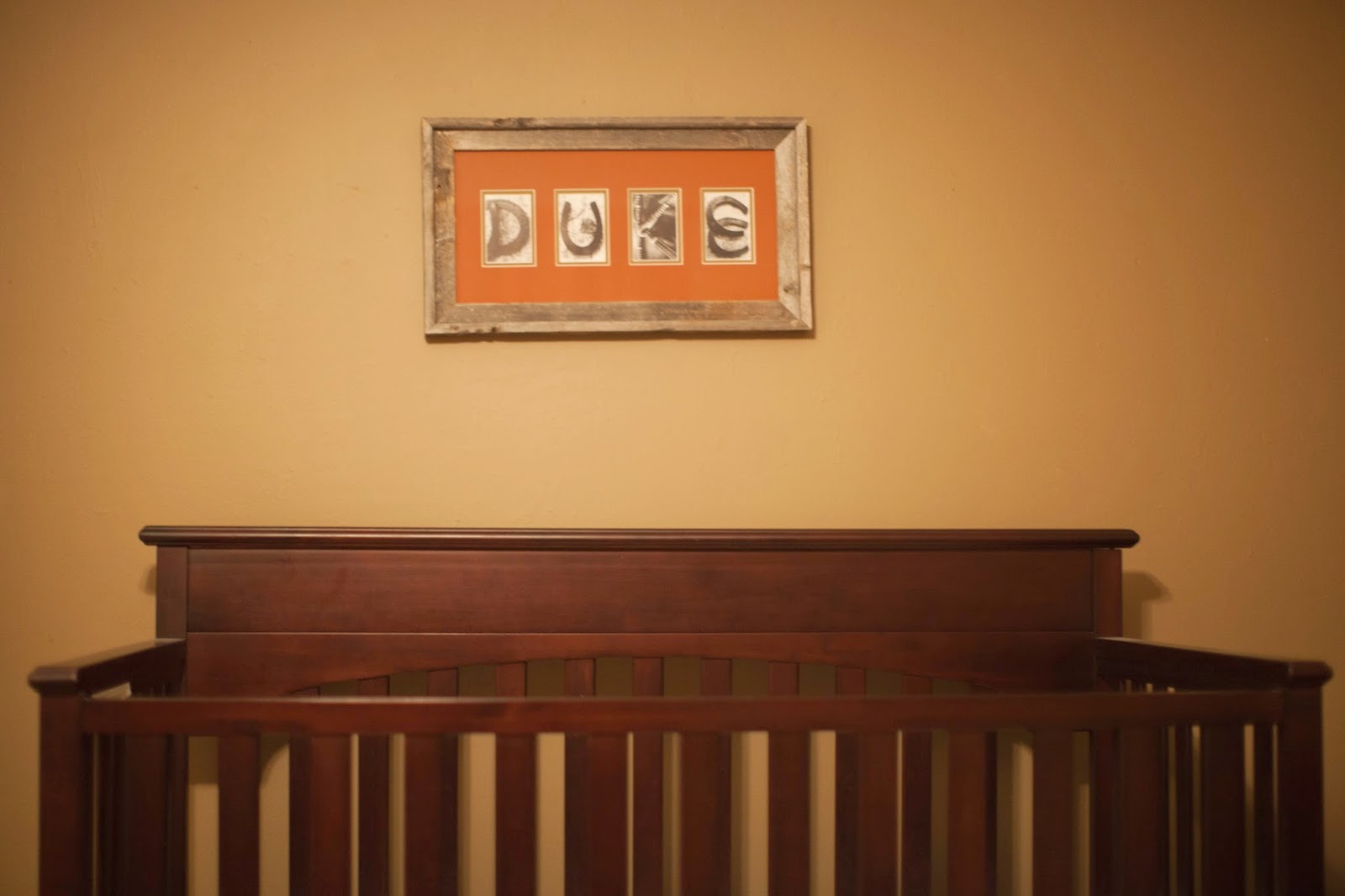 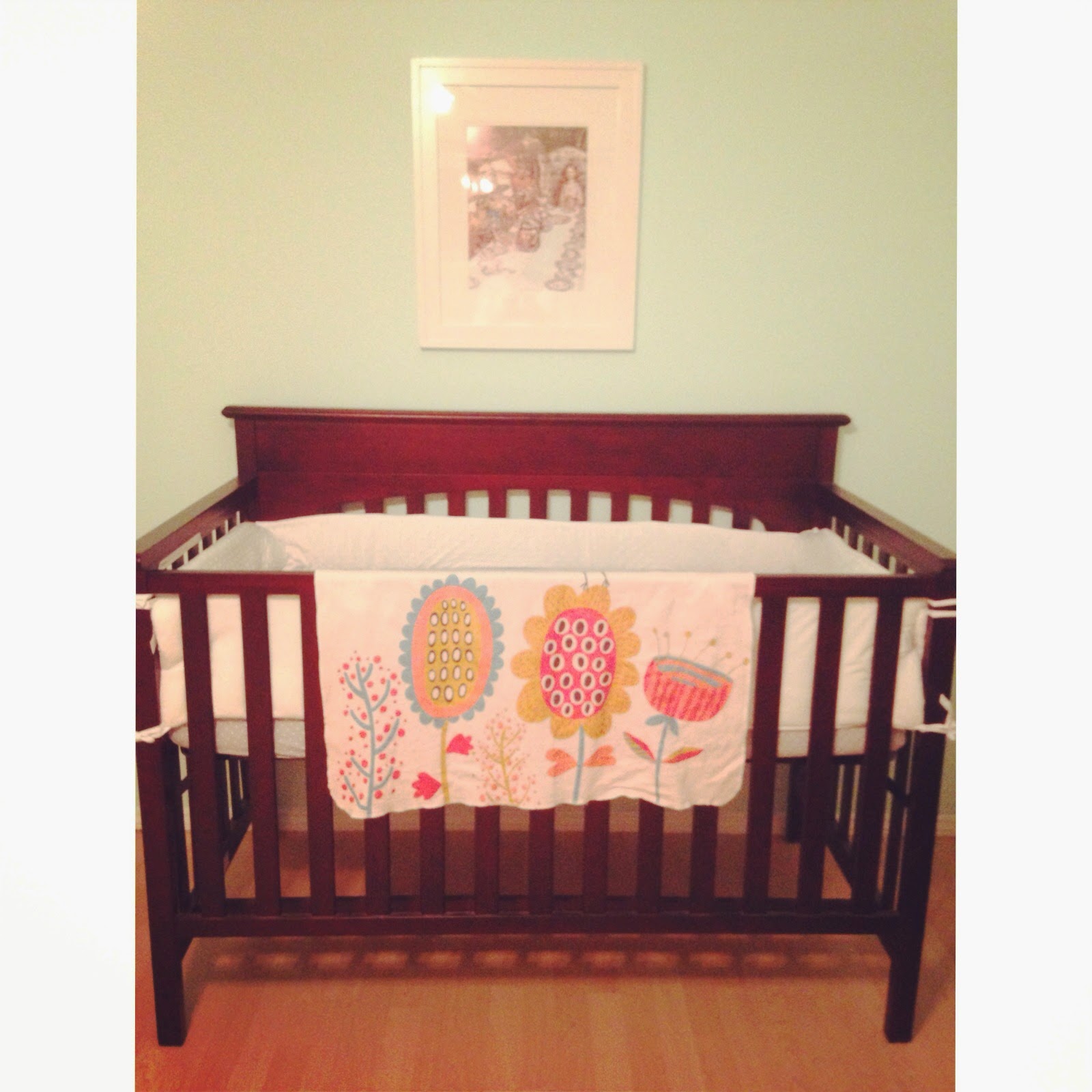 Nova's nursery was definitely ready way earlier than Duke's.  You'd think it'd be the opposite!  I guess I was just so trusting with my first pregnancy that it would last the entire 40 weeks on the dot.  Thankfully, it did!

I confidently walked into Duke's birth with little knowledge on natural labor and delivery, so I was incredibly grateful for the support I received from family and friends.  I felt like I had an army of people who really believed in me and believed I could do it.  I hadn't watched any documentaries or really read any books.  I just trusted that my body could do it and my mind could handle it.

With Duke, every moment of the labor and delivery was new so I was processing it as I went.  This time, I've been excited to process it differently, with a past experience in mind and a little more perspective.  But while I feel like a stronger person in so many areas now, I've been more nervous about the natural birth the past few days.  Can you really do this again? Are you really strong enough for the pain again? have been the kinds of thoughts swirling around in my mind.  But again, I have such great people in my life that are encouraging me and praying me through it.

My last few weeks of being pregnant with Duke were filled with plenty of signs that my body was preparing for something.  With Nova, I've experienced practically zero signs.  However, I did have an appointment yesterday and I'm at a 1 and 50% effaced.  So while it's nothing crazy, it is something I suppose.

Obviously, I can't compare any labor facts at this point.  I'm starting to wonder if I'll be feeling fine one minute and then have a ridiculous contraction the next.  Who knows?  Dinner at Ted's and "The Walk" are both happening tonight though, so that just may do the trick.  Come on, Nova, we're ready to meet you!

What were some differences you moms noticed in your pregnancies?
Posted by Claire@MyDevising at 6:17 PM