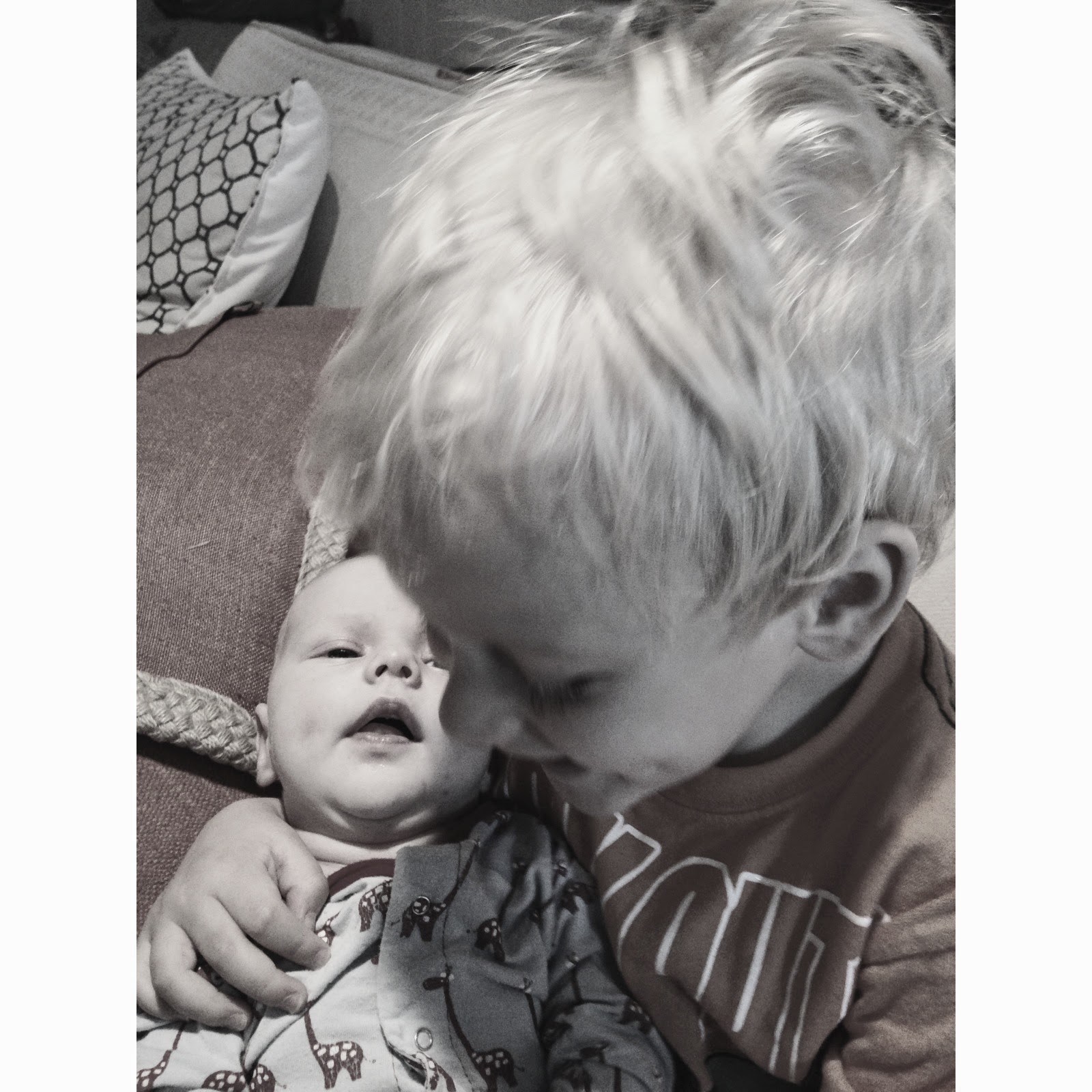 Everyone says your older child instantly looks huge once you have a newborn.  Well, everyone is right.  But beyond the outward appearance, there was also this unexplained oldness that happened inside of Duke - like everything about him grew up the second that Nova entered this world.  In a matter of minutes, his role had changed.

We'd been talking about Baby Nova (or "Bay Nova," as Duke likes to say) for a pretty long time.  Duke talked about sharing his toys with Nova and saying, "It's okay," when she cries.

On the day she was born, he slowly walked in the hospital room with the sweetest smile on his face.  He got up on the bed with me and peeked over at his baby sister who was finally here.  His eyes began to get a little teary as he looked at her and looked at us.  It was as if he understood the weight of the situation in his 2 year old mind.  He held her and without any prompting, he whispered, "It's okay.  It's okay, Bay Nova."  My baby was loving on my baby. 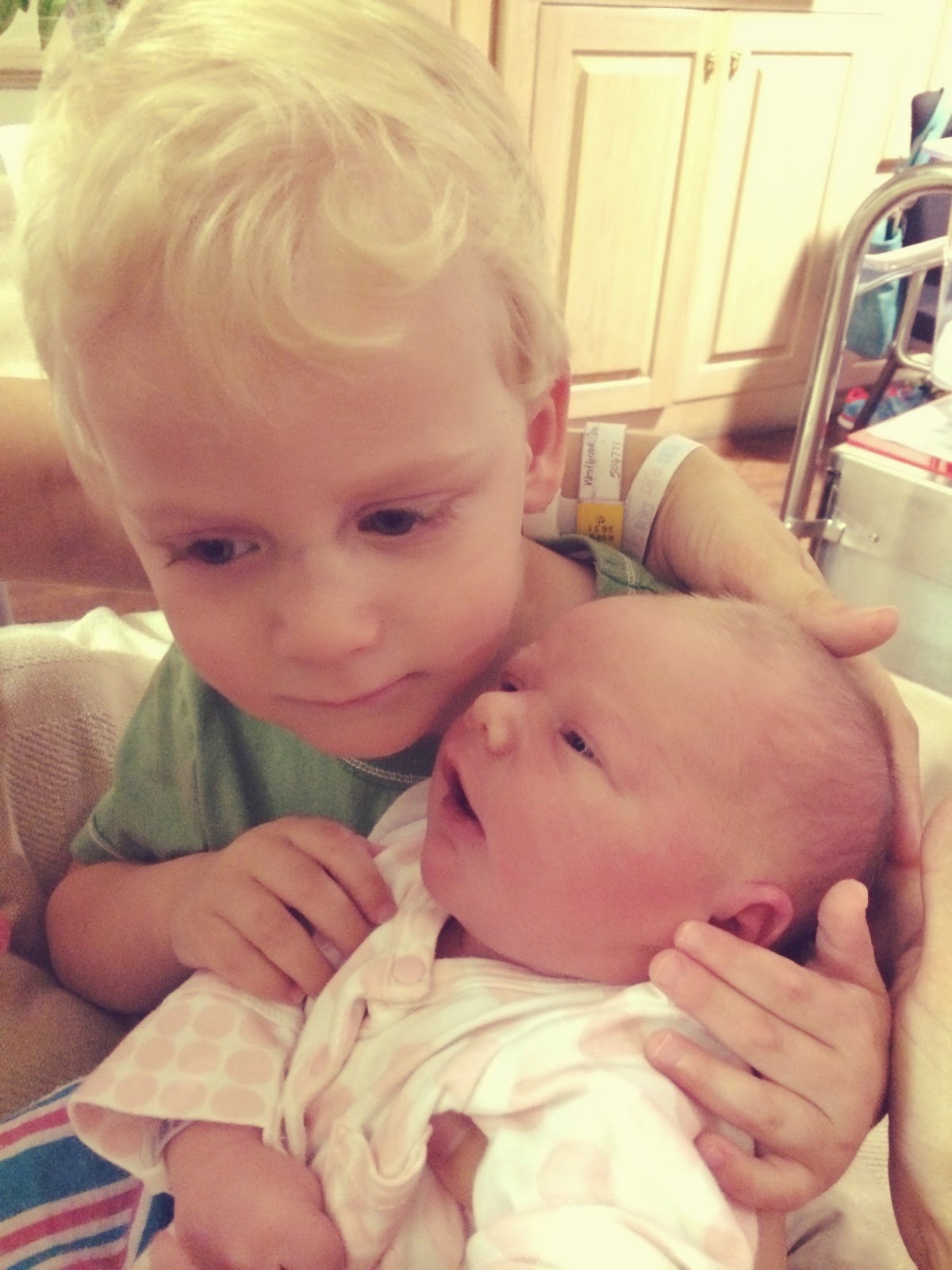 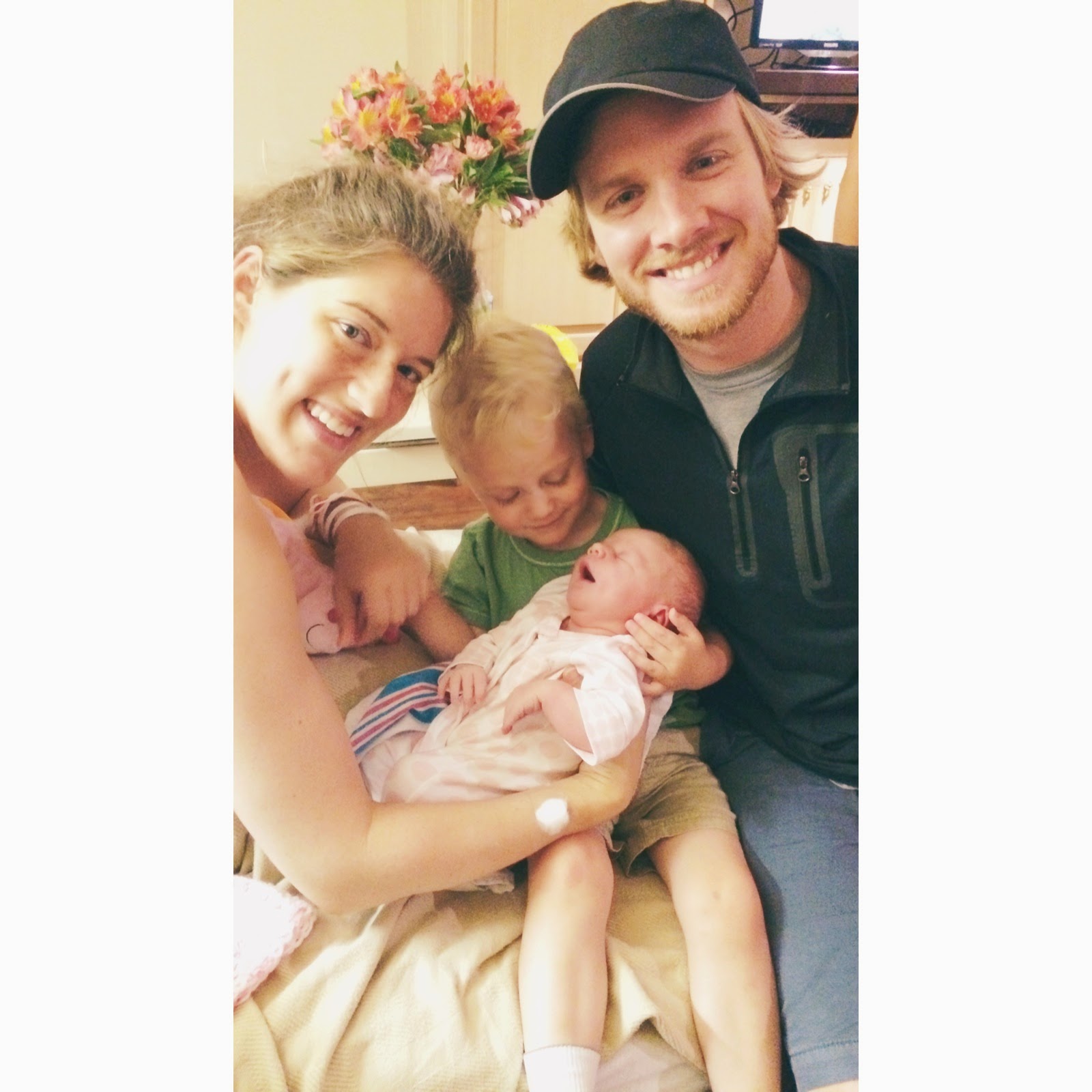 This whole transition has been a beautiful thing and a scary thing.  I was completely surprised at how weepy I was in the beginning.  Tears, tears, and more tears.  I wasn't anticipating that at all.

I cried as we walked into our house the first time as a family of four.  It was so heavy.  I knew life was going to be so different.

I watched Duke play outside one evening while Nova was sleeping and the tears were non-stop.  I knew that he knew life was different, too.

I worried for my sensitive little guy.  I wanted him to still feel special and loved and noticed, but my attention was now split between two children.  That was hard for both of us.

After several days of feeling a little resistance from him, I decided the two of us needed some time out together so we took a trip to Cuppies - an activity that was normal for us pre-Nova.  But even that felt different.  Being with just him carried a different emotion with it after adding Nova into our family.  He was now my "oldest child." 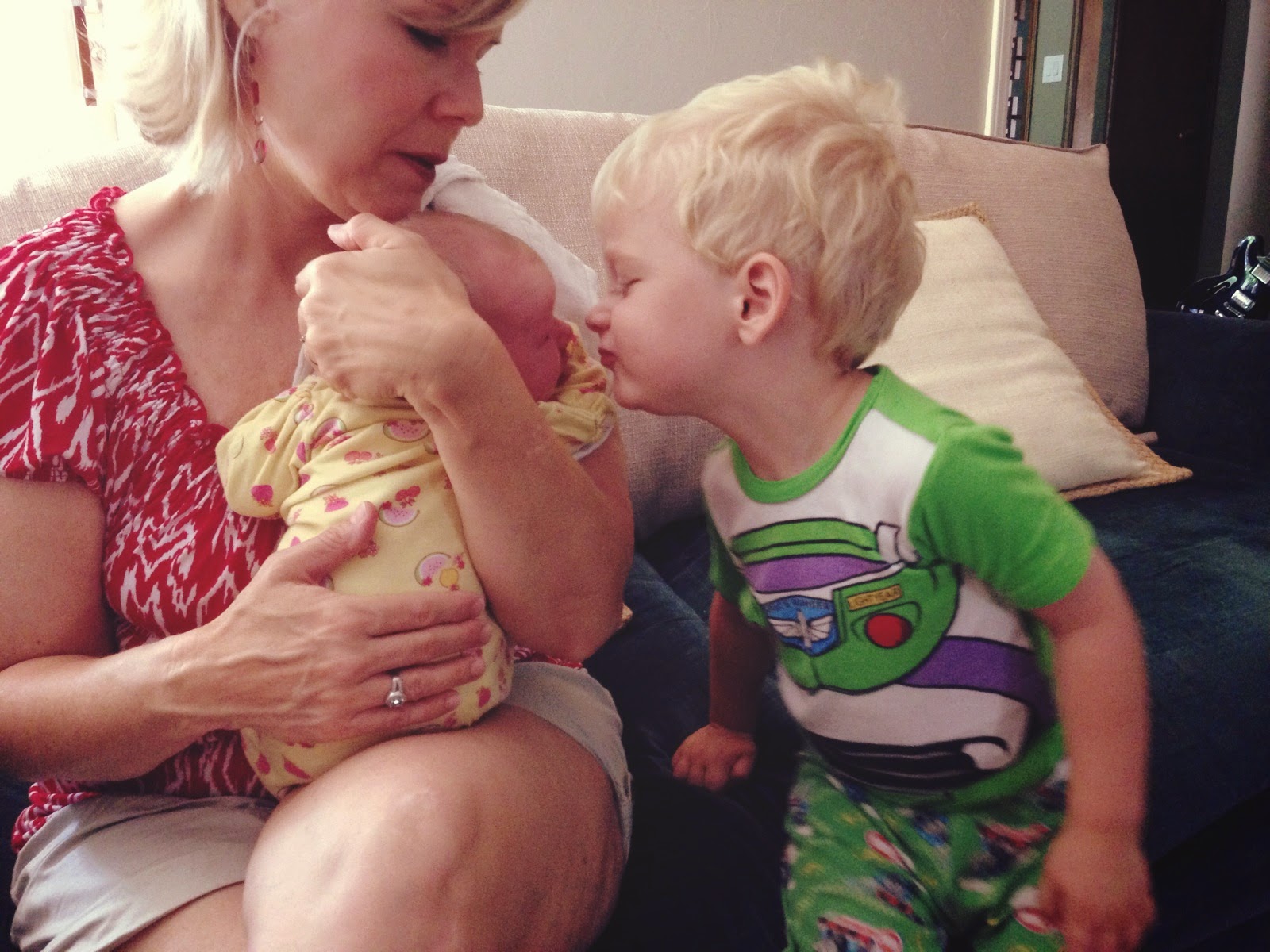 So much of me felt guilty for all the stay-at-home time we'd been having - no running a million errands every morning like we used to.  The parks, the post office, Target, and Barnes & Noble are just a few of the places that have seen less of us.  (Fortunately, or unfortunately for my thighs, we're still pretty acquainted with Sonic and Dunkin Donuts.  Thank you, Drive-Thru.)  Sure, it's hard for my life to feel temporarily paused as I adjust to this mom-of-two gig.  But it's even harder to see his life pause.  I worried that I'd taken something away from him.  I worried that he thought all of his fun had stopped.  I worried that he just didn't like me.

Even though the adjustment period certainly isn't over, I'm in a much better place with all of this after 7 weeks.  I know that Duke loves (and likes) me.  I know that even though sometimes I have to remind him to be gentle, he does love (and like) Nova.  He asks to hold her, loves to kiss her, and frequently says, "I wike her." 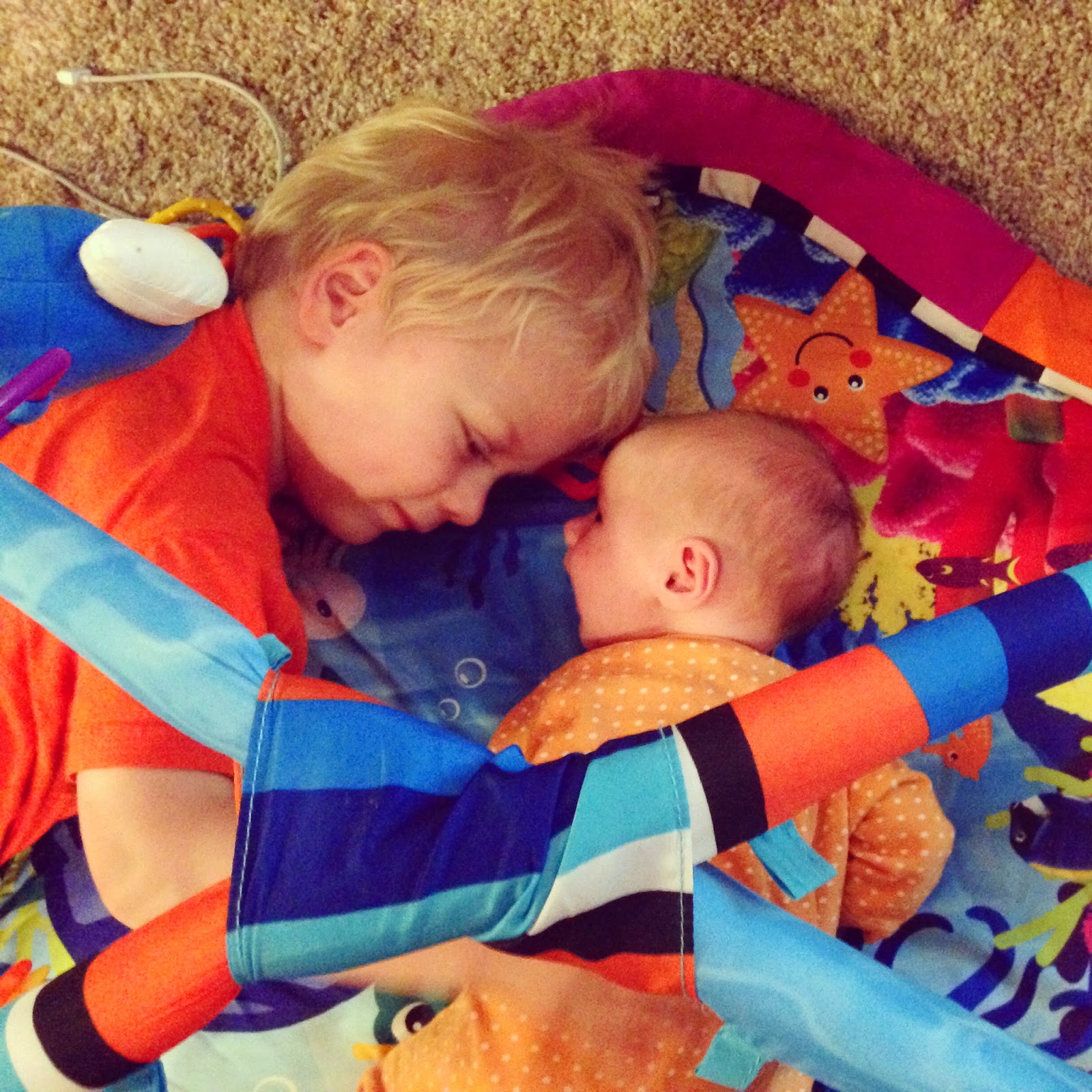 Whenever I get nervous that I've forced him to grow up, I remember that we wanted to have multiple children so they could experience a sibling relationship.  There's a uniqueness about it and so much to learn from it.  Growing up with siblings is crazy fun.  I know he will treasure his role as a big brother. 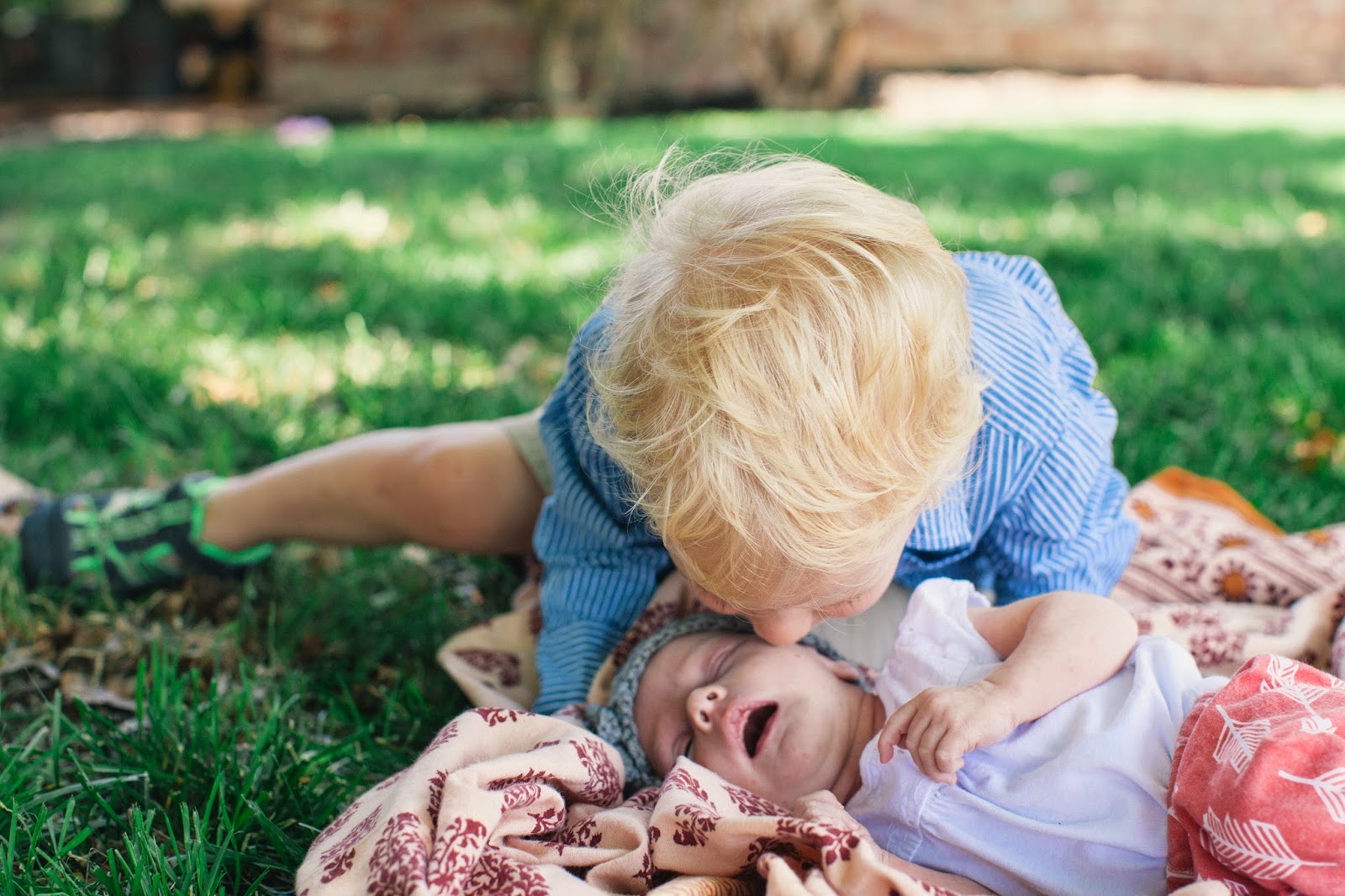 I look forward to seeing them become best buds.
Posted by Claire@MyDevising at 10:28 AM