Oh my.  What a birthday.  It started off with a typical 4 a.m. feeding/pumping session.  (Colt feeds the bottle while I pump.  So thankful for him.)  I was pumping and simultaneously guzzling Chloraseptic Spray because it felt like I was swallowing rocks.  I noticed later that I also had a red eye and a swollen eyelid.  7:30 a.m. rolled around and there was Nova, crying and ready to eat again.  And just in another short hour, Duke would be joining the chaos.  At least they're cute. 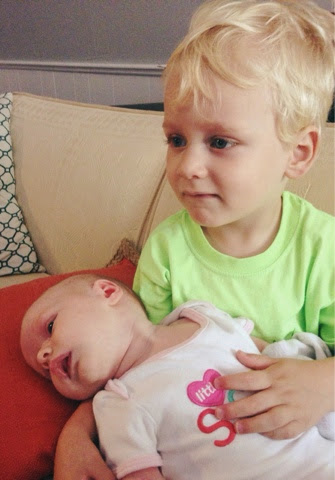 So my birthday morning had begun.  The first text on my phone was from Jolie, my friend who is also a fancy doctor.  I asked her to diagnose me over text as my birthday gift.  (Hey, kids!  Get excited for the big 2-8!  Woohoo!)  She gave her two cents which was followed by, "But you should probably go to the doctor."  And maybe I should have.  Except that I have no general physician.  Because I'm never sick.  Except on beautiful July days that happen to be my birthday.

You can kind of just guess how my day went. Between both kids and my sluggish ways, meals were half-eaten, pumping sessions were interrupted, tears were cried, and the TV was on almost all day.  I'm so darn exhausted anyway from being sleep-deprived, but then attempting to be sick with a newborn and a toddler while exclusively pumping is a bit of a joke.  And to top it all off, it was a Monday.  Gross.

I actually don't know if I've ever had such an awful birthday.  I guess everyone has to have one though.  It's kind of like when I had a stomach virus two Thanksgivings in a row and missed out on all the food.  Gah, that food.   Except yesterday, I missed out on just being in a good mood. 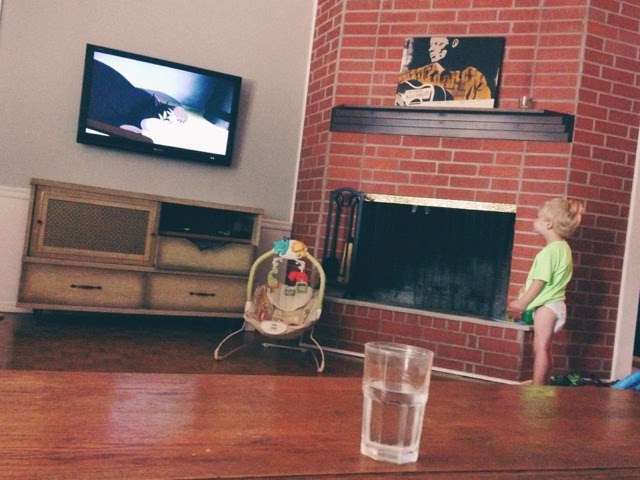 BUT - there were some good parts about my birthday worth noting.  Colt and I went on a date on Saturday night and it was so much fun.  He also left me some flowers on the dining room table yesterday morning.  They were so nice to look at throughout the day.   He came home after work yesterday ready to help with kids, cook dinner, and clean.  I've got a good one. 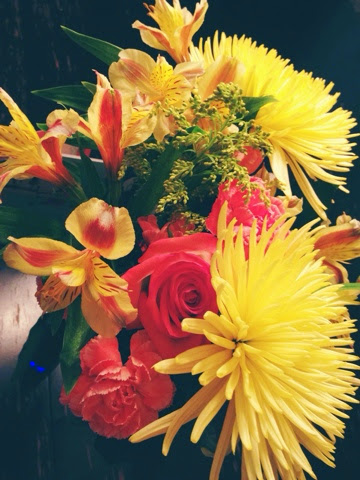 Mark and my mom both stopped by in the afternoon to bring me a special. (Anything that is a treat or a surprise or a fun gift is referred to as a "special" in our family - like gloriously fattening drinks and candy bars, in this case.) Plus, I loved all of the Facebook posts, texts, and calls I received. Those helped lift my spirits a bit. I'm also looking forward to a few birthday celebrations with friends and family coming up. So the party is not over!

I'm sorry for the mildly depressing birthday post. I just felt like it was worth documenting since I've never had a birthday like this ever in my life. Ever. If you need a lift, just go back and check out these birthdays --- 27th, 26th/26th, 25th/25th, 24th.

Have you ever had a terrible, horrible, no-good, very bad birthday?
Posted by Claire@MyDevising at 4:33 PM