i went to the movies 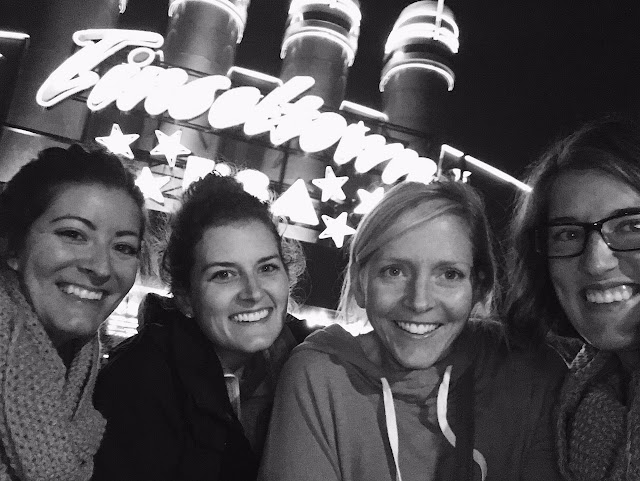 Yesterday I did something really brave.  I was offered a chance to conquer my fear.  I've been offered chances like these off and on for the past few years and I've always declined.  But something felt different this time.  It felt less scary.  And there was something inside of me that thought maybe I can do this.  I went back and forth several times, but I ended up saying yes.

I went to the movies.

When you have a panic attack followed by painful anxiety, everything related to the onset becomes a trigger.  At least that's how it was for me.  Every piece of that day turned grey and joyless.  The things themselves did not scare me but the association that those things had with the anxiety terrified me.

I was in a movie theater on July 20, 2012 when I had the panic attack, so I stopped going to movies.  I was watching "The Dark Knight Rises" so almost everything Batman related, especially Bane and his voice, made (and kind of still make) me shutter.  It all happened on a weekend, so for several months, I dreaded weekends and my anxiety was sky high every Saturday.  Duke was being watched by someone else (that someone else was Sara so it was the best someone else, but still someone else), so any time we left Duke in the months following there were lots of pep talks, prayers, and encouragement from Colt involved.  We went to Fuzzy's downtown before the movie and I just recently went to Fuzzy's in Norman for the first time since.  Everything from that day became dark and full of fear.

"For good or ill, no one can do your work for you while you are in this dark place.  It has your name all over it, and the only way out is through."

Everything that anxiety slithers its way into changes from that point on.  Everything it touches becomes something different.  Things you used to love turn into things that only bring you pain.

But I said yes last night.

It had been 3.5 years since I'd been in a movie theater.  I stepped up to buy my ticket and I thought to myself I don't even remember what the price for a movie ticket is.  I forgot that the actual movie wouldn't start at 7:15 p.m. but that the previews would start then.  About 15 minutes into the movie, I remembered that there was a cup holder for my drink.  I had been bending down to grab my coke each time I wanted a sip.  I guess 3.5 years away was a bit significant.

The previews made me a little ansy.  I forgot how movie previews throw your emotions all over the map in a matter of minutes.  By the time the movie started, I was kind of exhausted, but I knew that focusing on one plot and one set of characters would be better.  It wasn't long before I forgot where I was and what I was doing.  I was laughing, eating popcorn, and enjoying the movie.

"I learned that sadness does not sink a person; it is the energy a person spends trying to avoid sadness that does that."

We're not made to live in fear.  I'm not supposed to be scared of movie theaters for the rest of my life because of one awful, life-changing experience.  I did need time away from them.  I did need to work through all of those triggers.  I did need to see a counselor to fully understand myself and what was actually happening.  But the things my anxiety touched were not and are not forever tainted.  That's not how God works.

"I have learned things in the dark that I could never have learned in the light.  I need darkness as much as I need light."

After it all happened in 2012, I quickly threw Batman, Fuzzy's, Saturdays, and babysitters in a box labeled "THINGS I'M SCARED OF. DO NOT OPEN EVER AGAIN."  But over time, God has slowly and gently pulled my fears out of that box, one by one, and redeemed them.  It's as if he has said, "See?  Look at this one, Claire.  It doesn't look the same as it did back when you put it in the box.  It's not scary anymore."  I'm not a fearless person, no.  I will always have my work cut out for me in that arena.  But I have seen where fear gets me so I'm going to fight fear for as long as I live.


"To be human is to live by sunlight and moonlight, with anxiety and delight, admitting limits and transcending them, falling down and rising up.  To want a life with only half of these things in it is to want half a life, shutting the other half away where it will not interfere with one's bright fantasies of the way things ought to be."

My life before that day in 2012 was very controlled (or so I thought).  I had a tight grip on everything around me and fear was the driving force.  But on that day, the lid popped off.  My counselor explained to me in one of our sessions that a panic attack like that was probably bound to happen.  You can only bottle up so much fear before it bursts open.  But I'm so glad it all happened.  I was forced to rethink things.  I had to undo a lot of destructive mental pathways that were comfortable.  I had to ask myself whether or not I was making decisions out of fear or out of faith.  Ultimately, I realized that I had no control and that I really was just a depraved human in need of a Savior.  I would have never learned what I needed to learn or become who I needed to become without being in a dark place like that.

"God puts out our lights to keep us safe, John says, because we are never more in danger of stumbling than when we think we know where we are going."

I'm so thankful to know a God who is so kind and gracious.  I feel like I had addressed almost all of the fears related to my anxiety except for this one – going to the movies.  I knew I could trust God to take care of me but my heart just wasn't ready.  As silly as it may sound to you, I felt God's delight in me last night as I sat in that theater.  He wasn't annoyed that it took me that long to believe him.  He wasn't mad that I had waited that long to hand over that fear.  He has been patiently and lovingly waiting for me.  He has been in this with me from day one.  He hasn't missed out on one moment of the journey.

And he's doing the same for you.

You may feel stuck, but you're not.  You may feel like a situation, relationship, or mental illness defines you, but they don't.  We all have dark places in our lives, but we are not bound by them.  We are not backed into a corner forever because of our circumstances today.  What Satan means for evil, God means for good.

(All quotes are from "Learning to Walk in the Dark" by Barbara Brown Taylor)
Posted by Claire@MyDevising at 4:37 PM