I almost don't have any words for our trip we took to NYC back in May. Almost. But for the sake of this blog and my memory, I'm going to find some.

Reese, Sara, and I had been dreaming about a trip for quite awhile. We figured that the year we turn 30 would be the best time to do it. Back in the summer of 2004, the three of us took our senior trip to NYC together. So for 2016, we decided returning to NYC would be a great idea. And just for fun, here's a little walk down our memory lane of some interesting fashion choices and the time we hung out with Bachelor Bob in a cafe. 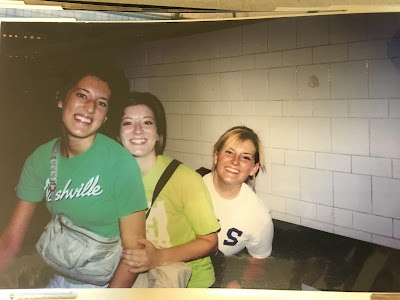 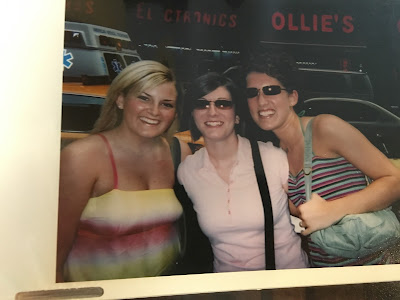 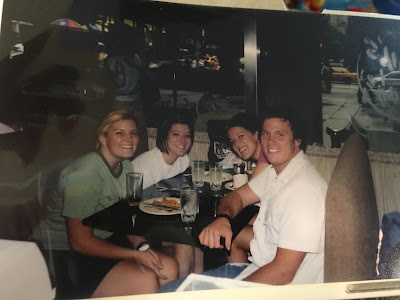 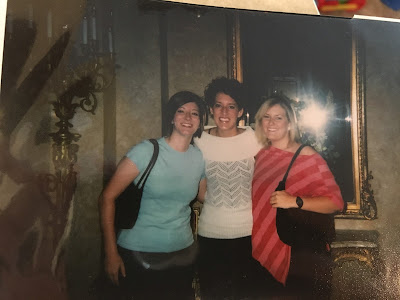 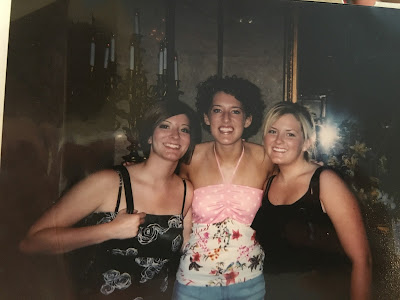 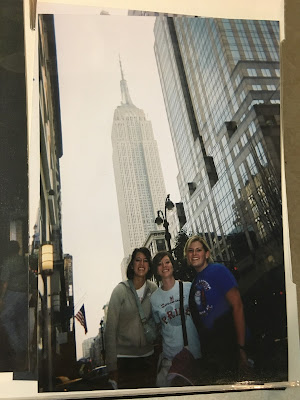 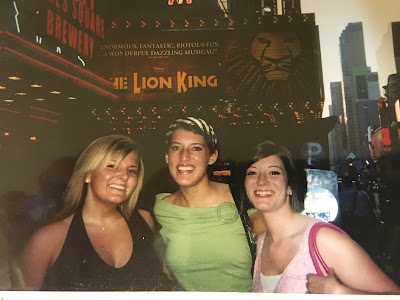 But New York City wasn't the original plan for 2016. We initially thought a relaxing, beachy-type getaway would be nice.

But then we heard about the musical. 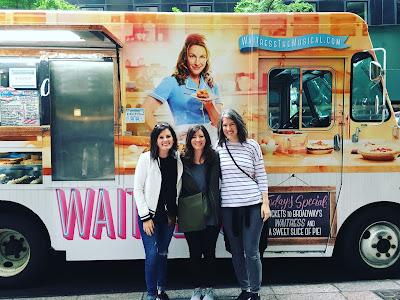 The music was written by Sara Bareilles and we are some of her biggest fans. So we bought our tickets and made our plans to see the musical and spend a few days in New York. 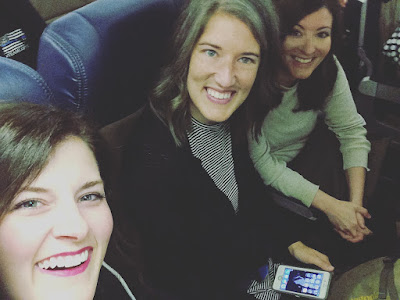 Let me tell you, it was the most wonderful trip. It was everything I hoped it would be and more. I think we all agree that our most favorite hours of the entire vacation were the ones spent in Brooks Atkinson Theater watching Waitress the musical.

At it's most basic level, it's a story about friendship and the journey of finding yourself. There were so many sweet pieces of these three friends on stage that reminded me of the three of us sitting in the audience. 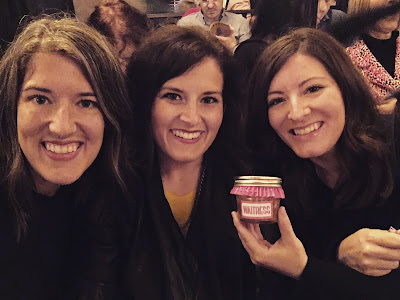 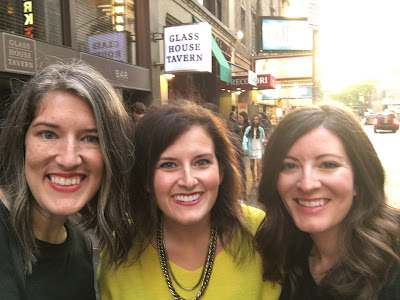 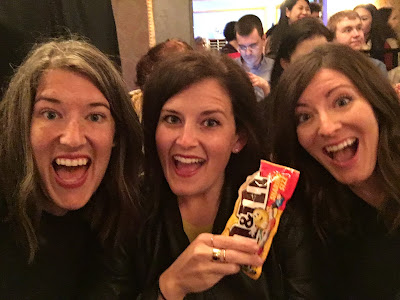 I can't fully describe what it is about this musical that has totally grabbed my heart and attention. But part of me thinks that it all just happened at the perfect time, and that is what is so beautiful about it. A year to the day after some big life changes in our trio, we take a trip to celebrate turning 30. Almost exactly 12 years after our senior trip to NYC, we return. Our favorite artist collectively, Sara Bareilles, wrote the music for a musical that would be out at the exact time we were planning to go somewhere. The musical was centered around 3 friends with some similarities in personalities and life struggles. It all fell together perfectly, the stars had aligned, and a dreamy getaway was the result. God had this lovely reunion planned for us just at the perfect time and I'm so glad he did. 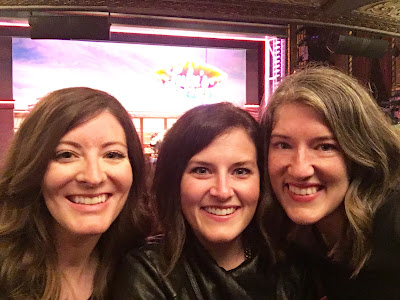 There were some other great parts of our vacation as well. Like when we walked into an Italian restaurant and the man/host/guy in charge just looked at us and said, "No." We still have no idea what exactly he was saying no to, but we figured that meant there was no room in the inn so we moved on to our next restaurant option. I'm glad we ended up elsewhere because a vibrato-filled middle-aged couple was doing music at the restaurant and we got to request some tunes from "Oklahoma." We got the whole restaurant singing and clapping along! Good job, Oklahoma for being awesome and having a cool musical.

We also ate tons of great food, walked the Highline, visited the emotionally stunning 9/11 memorial, saw "School of Rock," went to the New York Public Library, ate dessert at Serendipity, took a picture outside of a Dean & DeLuca and got warm fuzzies thinking about Felicity, had the best burger of my life at Shake Shack, ended up in Queens at midnight by accident (subways, y'all), re-visited the Stardust Diner (not everyone can say they've heard a musical theater version of Motorcycle Driveby, but I can), went to a cat cafe (YES A CAT CAFE) and I drank my latte while my crazy friends hung out with cats, ate pizza on our hotel floor, slept in, and just, you know, did whatever we wanted. 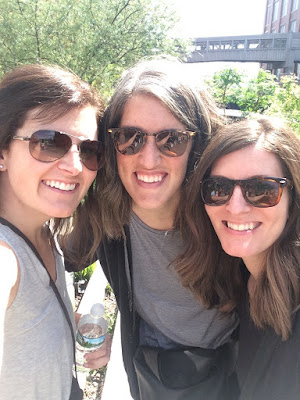 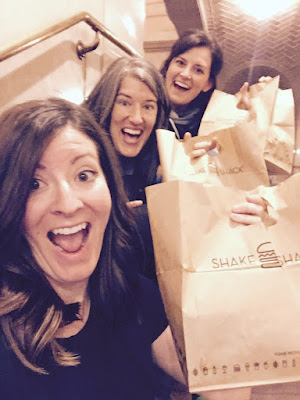 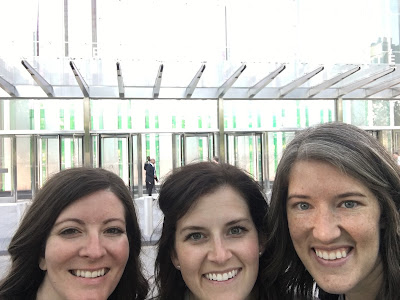 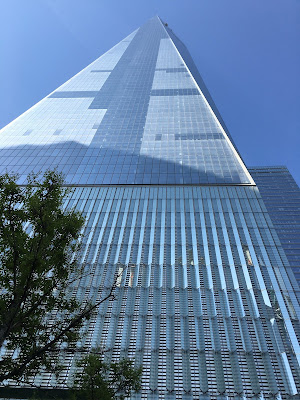 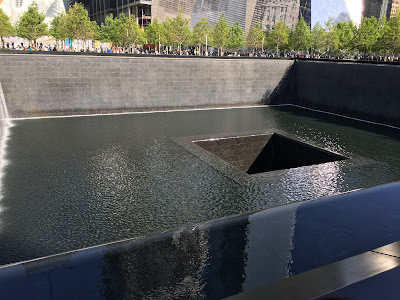 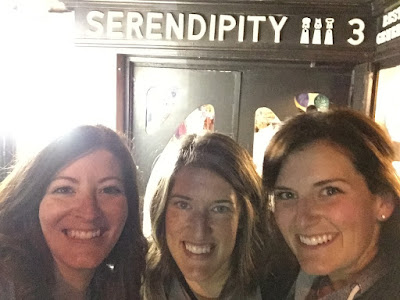 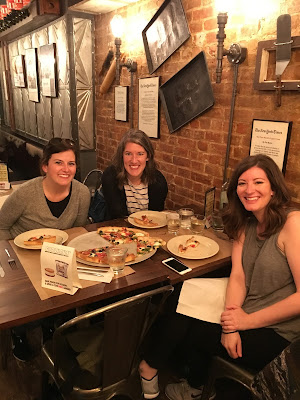 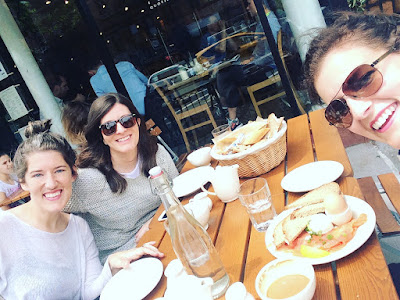 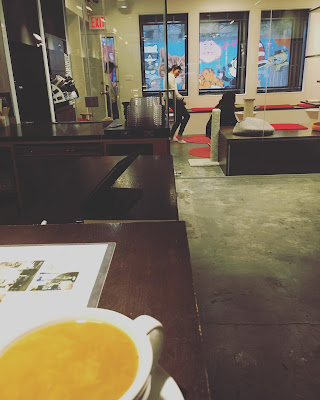 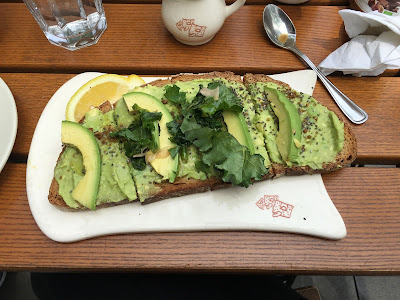 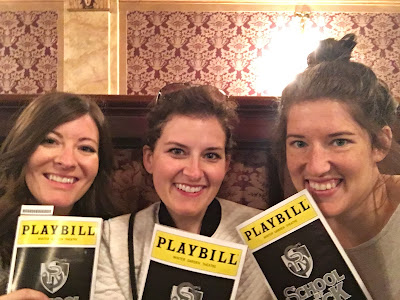 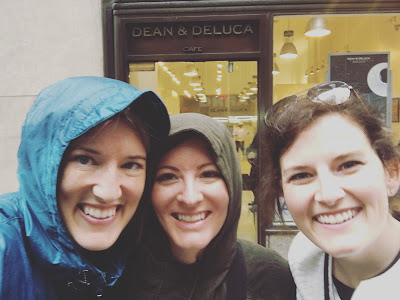 It was wonderful. Every last drop of it.

Being able to walk through your high school years, college years, working/mothering years with the same people is something pretty special. There's something unique that has to happen in friendships like that. You have told hold on tightly to the person while also holding loosely to who they might become. We've all changed and grown into people I don't think we would have ever imagined we would be back when we were 14. And I mean that in the hard ways and the good ways. I'm so thankful for who we all are now. I'm grateful to have friends that know all of these different versions of me yet still love me no matter what. 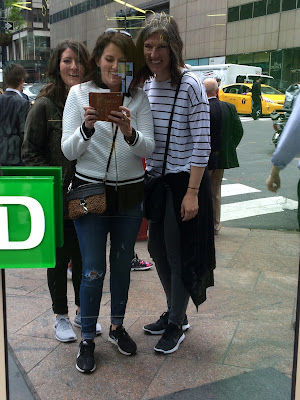 Now, we're officially 30 year old women and we've officially been friends longer than we haven't been. Love you, Birthday Club. 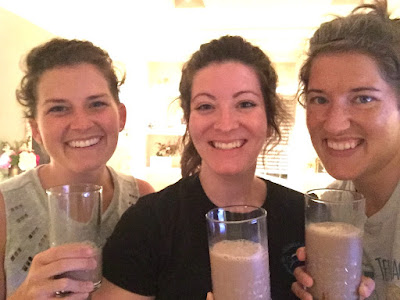 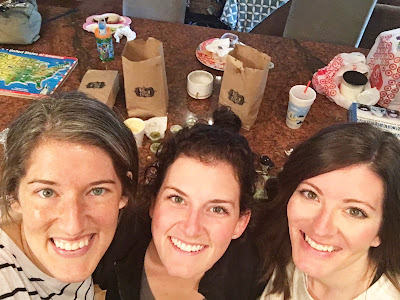 Posted by Claire@MyDevising at 4:12 PM