becoming a family of 5 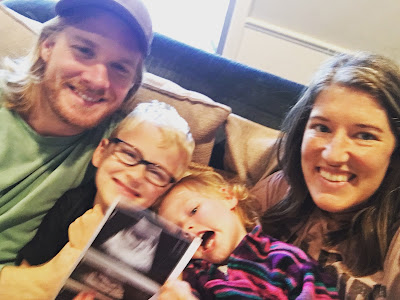 As a new mom of one, I wondered how in the WORLD people ever had more than one child. What kind of witchcraft is involved for such a feat? How were they doing this? Did they just give up on their lives?

I was a mom of one wishing to be a mom of more one day, but I could not wrap my brain around how that was actually going to be possible - physically, spiritually, mentally, emotionally. I looked at these moms like they had found some magic ingredient I was somehow missing. Maybe I'm just not 'mom material,' I would tell myself in my Kirsten Dunst voice.

Fast forward five years and I find myself pregnant with baby #3. I'm totally drinking the Kool-Aid.

I had forgotten I used to have all of these thoughts until I talked with a mom of one a few weeks ago. I noticed the way she looked at my friends and me. Like we were heroes and had done something truly amazing. She didn't know how we did it. But I reassured her that one child is very hard. One child is plenty of chaos, crying, whining, diapers, boo-boos, laundry, discipline, and messes. Adding more is just more. More of all that same stuff. More can still be hard, and it is many times! But man, once you get that baseline mom-ness in your blood, the adding of another kid just isn't as traumatic. At least that's how it felt for us when we added Nova into the mix.

I can't speak to what three will do to my life. I'm aware of the concept of being outnumbered, but right now, I'm really not worried about it.

I've learned that there's a fine line between my love for plans and worrying in advance. I'm working on it and I think I'm getting better. I still love my precious plans and playing out some hypothetical situations that are healthy and productive to play out, but I'm trying to stay away from worry and fear. There will be a lot of changes over the course of the next year. Lots of things up in the air. But what I've discovered is that I don't have to know how things will go down before they do.

This realization came a few months ago at our women's retreat where one of my favorite women in our church spoke. She talked about growing up as one of nine children. People would ask her mom how she did it. How did she do NINE children? Her answer was simple and so encouraging. She would say, "Well, when I had one kid, I had one-kid grace. When I had two kids, I had two-kid grace. With nine kids, I have nine-kid grace." This was like a breath of fresh air to me.

There's simply no use in wondering whether or not I'll have the grace or patience or mom-ness to handle three children because I legitimately don't have the grace for it right now. I have the grace and capacity to handle what's in front of me - Duke and Nova. It does me no good to jump forward 6 months with worry and doubt in my mind.

Now, that doesn't mean that grace is magically and easily planted into our hearts at the time we need it. These kinds of graces the Lord gives us come with refinement and our share of growing pains. That's inevitable. But God gave me what I needed when I had Duke and when I had Nova. And he'll do it again.

We are really excited to be in this spot as a family. Duke is thrilled and totally gets what's going on. Nova knows there's a baby in my belly, but obviously has no idea what is actually going to happen. Many times, Colt and I exchange glances with raised eyebrows when all hell is breaking loose in our home, reminding each other that another one is, in fact, on the way. But then we sit on the couch after bedtime routines and talk about how crazy we are about our kids. We can't wait to see who this little person is growing inside of me.

We are incredibly thankful for where God has us as a family right now and look forward to what the coming months will bring. 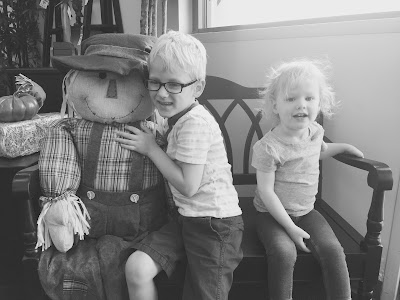 Posted by Claire@MyDevising at 5:32 PM