looking back on grace, looking forward to expand 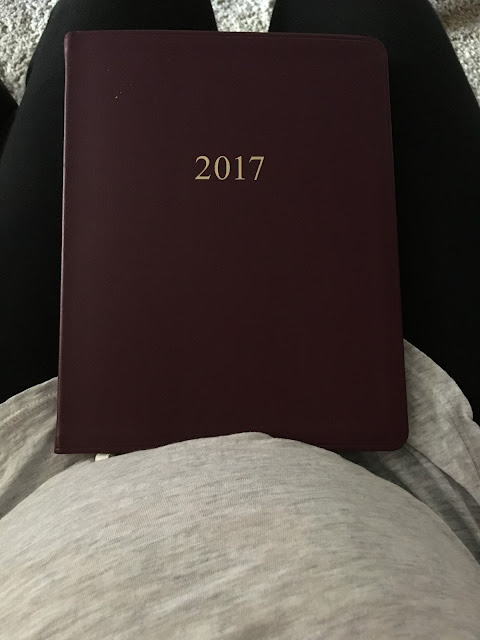 I just re-read my post from last year about grace, which was my word for 2016. It was an interesting read because I had forgotten how I felt coming into this past year. I can't really put my finger on it or give some life-changing revelatory moment that shifted my thinking, but I do know that things have changed. That doesn't mean I've mastered this art, of course. Giving myself grace and allowing myself room to make mistakes or change plans will always be a challenge of mine. (After all, I'm a 1 on the Enneagram. It will be a lifelong mission.) But I do know that God has worked in me this past year and I'm thankful to be in a new place.

As I enter into 2017, there's more of a comfort in knowing I can't do it all or be it all. God has never asked me to. And no one else has either. It doesn't feel like "giving up" anymore to pick what's important to me, do it, and then say goodbye to the rest. (Jen Hatmaker's chapter in "For the Love" about picking what's on your beam was really helpful and encouraging to me if you happen to find yourself stuck in that conundrum.) Ultimately, the choice in 2016 was to decide what I would believe. Would I believe what the world says - that having it all is really important? Would I believe the perfectionist or inner critic that can lurk inside of me? Or would I believe what God says about me, my life, my gifts, and my purpose? I must've opted for the latter more often than not because I felt lighter leaving 2016. 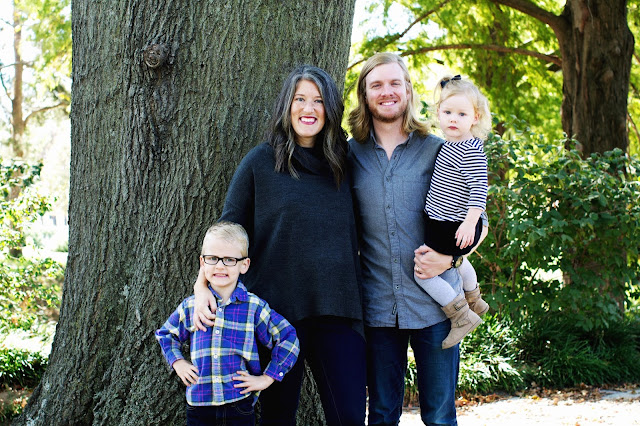 When I look back on the year, I think of two specific seasons when I reacted in a typically "out of character" way for me, proving that God was doing things in me and shifting my mindset.

First, I think about how releasing an EP with my band, Mopak, was a set plan for this past year. It was on the horizon with a very clear path leading up to it. These songs had been birthed in me during the recent years and I felt like they were ready to share. I was so excited to tell this story. As a band, we were writing, practicing a handful of times each month, and even playing places. (I know, a band playing gigs! It's revolutionary! But it actually was for us.) Everything was going as planned. Until it wasn't. We kept having to push our recording date back, the songs weren't completely ready, things were feeling rushed, and, to top it all off, our Kickstarter didn't get funded. Things stopped falling into place and it just didn't feel right to shove them there. Aside from all of that, our bassist was awaiting the arrival of baby #4 and I had just gotten pregnant with baby #3. It was obviously time for another shift from band mode to baby mode.

It wasn't a devastating time, but I was pretty sad to put that project on the back burner. However, it surprisingly took me less time to get over this disappointment than I would've imagined. Typically, my response would've been to sulk for weeks, contemplate the meaning of my life, doubt my skills, question my ability to do what I say I'm going to do, and internally punish myself for not meeting my very desired goal. But I knew deep down that if and when the Lord wanted this music to be finished, he would make it happen. Thanks to God, Colt, and my people, I was able to move on pretty quickly from this let down.

I hadn't revisited any of these thoughts or emotions until our pastor said something a few Sundays ago. He was listing off different life circumstances or feelings that might resonate with us. I sat at the piano feeling disconnected from all of them. Until he got to the last one. "I feel like I need to remind some people in the room that a dream delayed is not a dream destroyed." My eyes immediately filled with tears as I thought about this delayed musical dream. On the one hand, I'm living out the dream of having a third baby. But I am still holding this project in my other hand. There's a tension that exists in holding both and waiting. Yet, what a sweet reminder that this dream has not been destroyed. Who knows all of God's reasons for delaying it, but I trust he has some good ones.

So as I moved out of this season with the band, I moved straight into the first trimester of this pregnancy, my second example of when grace just had to win. I was an exhausted mom of two living with constant nausea, aversions, cravings, and intense emotions. Needless to say, a lot of things fell by the wayside. A bin of clean laundry to fold resided in our living room as if it were a piece of furniture. Many days, dishes were in the sink when Colt came home from work, which is not how I typically operate. We spent more money on going out to eat than we ever do. To-do lists were made and items weren't crossed off. I felt like I was a zombie going through life most days. And while I didn't do everything right in that season of life, I will say that I really did my best to not beat myself up about my lack of energy and accomplishments. I jumped into grace and made a nice little home there while my body was forming this new little baby. As someone who values hard work (sometimes a little too much), I am grateful for the reminder that my worth is not determined by the amount of household tasks I get done in a day. That's a hard one to remember as a stay-at-home mom.

2016 was a great year and I'm glad I got a bit closer to understanding what it looks like to live under the umbrella of grace instead of expectations, goals, and plans.

I have been thinking and praying about what my word would be for 2017 and I feel like the Lord gave me the word Expand. I type this word as my arms curl around the expanding belly in front of me. It's obvious that I'm expanding, but I think my belly is just one of the many ways I will experience expansion in the coming year. 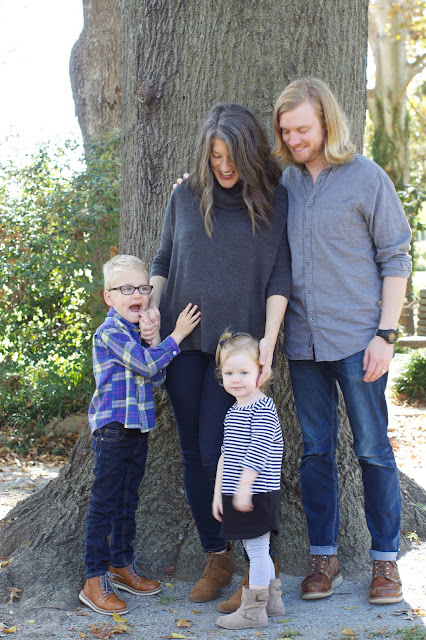 My heart is expanding as it stretches and loves a new member of our family. Our family number count is expanding. Our home is expanding to squeeze 5 people in it. My capacity will expand to handle and manage three children each day instead of two. My perspective and mind will expand as dreams and hopes may look differently than planned or require a different timeline. And I have no doubt that the Lord has some ideas of his own around the idea of expansion. I am always a work in progress, figuring out what parts of me to hold on to and what parts of me to let go of, change, and allow the Lord to work on.

I am looking forward to an exciting year that will certainly be full of challenges and adjustment, but will also be rewarding and full of growth.
Posted by Claire@MyDevising at 4:28 PM