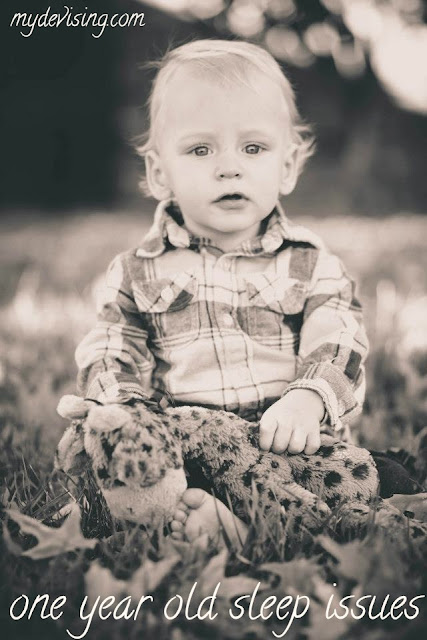 Some crazy things happened when Duke turned one.  He not only developed some very strong reactions to things that demanded a little more discipline on our part, but his sleep got all wonky.  Naps and night sleep got weird.

He also started waking really early in the morning.  His normal wake time is anywhere from 8:00 a.m.-8:30 a.m.  A few mornings, he woke around 6:15 a.m.  Ridiculous!  Sometimes he'd go back to sleep, but sometimes he'd make noise until I came in to get him.  It was frustrating because I had no idea what was happening.  This lasted until the day he turned 13 months.  Literally, on the dot.

Here were my thoughts throughout the month:

After ruling ALL of those out, I was left very confused.

But when he turned 13 months the magic happened.

1.  Maybe I need to limit Duke's napping hours and have an "end of nap time" that we never go past.  I decided his last nap can't go past 4:15 p.m. in the afternoon.  Also, 3.5-4 hours of nap time is usually what he gets in a day, so I decided to keep it at 3.5 (1.5 hours in the morning and 2 hours in the afternoon).
2.  Maybe we're over the bedtime snack thing.  I was giving him a few crackers and water before bedtime, thinking he needed the extra calories.  But then I wondered if eating right before bed was making his stomach upset and his sleep irregular.  I know if I eat right before bed it can do funny things to me.

Unlike science class, I implemented both of these variables at the same time.  So I'm not really sure which one made the difference.  But since then, he has slept perfectly at night, even going longer than 12 hours.  His naps are also totally back to normal.  (I think his naps got weird because his night sleep got weird, so he was overtired a lot of the day.)

My vote is that getting rid of the bedtime snack was the main fix.  He'd napped 4.5 hours total before in a day and it never bothered his nighttime sleep.  However, I'm still going to keep both things as they are.

Did any of you experience any changes in sleep when your child turned one?
Posted by Claire@MyDevising at 12:00 PM