the days before nova

With Duke's pregnancy, things were pretty cut and dry.  It was textbook.  There was a day before he came, and the next day he was here.  Simple.  Nova, on the other hand, took a different route.  I do love her for her unique entrance, but it doesn't change the fact that it was a tough journey.

I was so incredibly thankful that I not only felt healthy myself, but I had a healthy baby growing inside of me.  That is the most important thing and even in the midst of all of this, I didn't let myself forget it.  Being really overdue treated pretty me well, and it wasn't until those last 3-4 days that my patience and faith were tested.   For that, I was also grateful.

I wrote this post on Nova's due date and this post when I was just 5 days overdue.  Little did I know, there were many more days of overdue-ness ahead of me.  In order to document the craziness of things, I thought I'd do a daily recap of the last few days leading up to Nova's arrival. 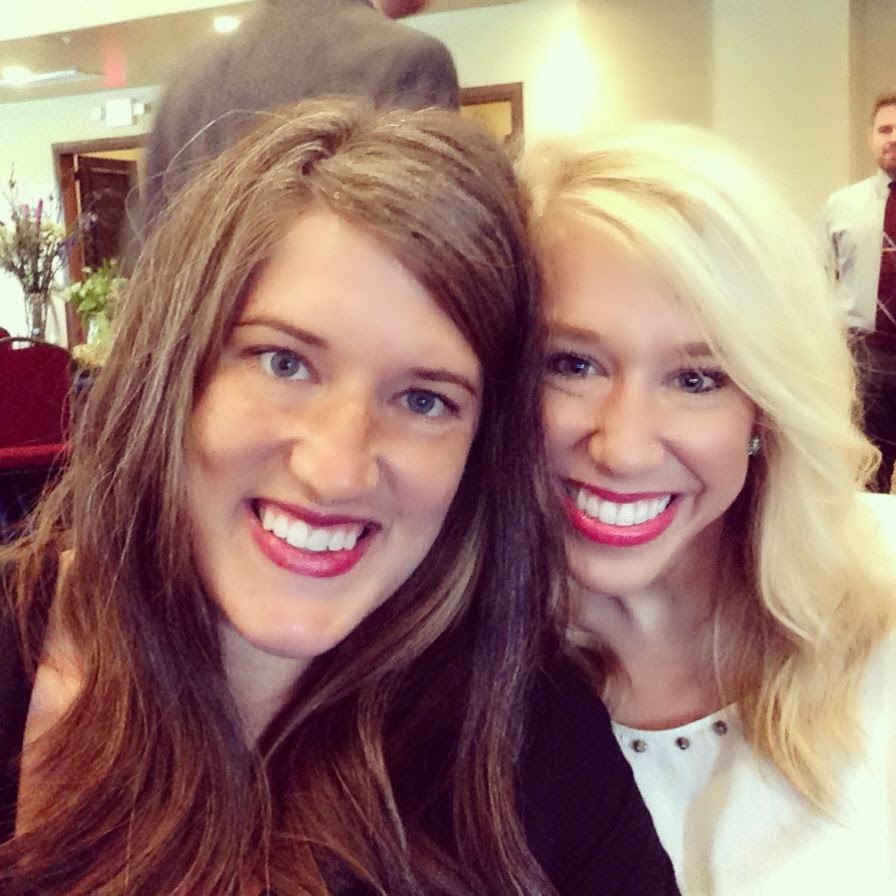 If you follow me on Instagram, you may have seen that I played a wedding gig with my cover band, The Party Bandits, this Saturday afternoon.  We committed to playing before I got pregnant so we knew that with or without me, the show would go on.  I was pretty excited to get to play because I was definitely not planning on it working out.

Roc used the analogy of pregnancy/labor/delivery for his sermon and so many phrases from songs that morning spoke to my soul.

Strength will rise as we wait upon the Lord

No doubt that waiting for something or waiting for the Lord to do something is a character building process.  I trusted that strength was being injected into me even though I didn't necessarily feel strong.

No place on earth is hidden from your name

I felt the Lord promising this to Nova and I that morning - that He had not forgotten us.  He saw us and knew where we were.

We went to bed that night and I got on my knees, asking God to please send me into labor on this night.  Laboring through the night is hard, but I was more than willing to do it for Nova just like I did with Duke.  I prayed and asked, like every day, that He would give her to me.

I woke up around 3:30 a.m. with a contraction.  They weren't painful, however, there was a sense that they were transitioning to the real deal.  They were anywhere from 7-14 minutes apart for around 3 hours.  By the end of the 3 hours, I began feeling the contractions in my back.  They were mild, but they were THE ones.  Around 6:45 a.m., I started getting sleepy and was able to fall asleep.  Just before that, the contractions had been spreading out more and more, so it felt like my body was done.  I fell asleep not knowing how sad I would be when I awoke at 8:00 a.m. to find that nothing happened.  I really thought that was it.  Why would my contractions start and then suddenly stop?  That morning, I went on a walk around the neighborhood and tried not to bawl as songs like "Praise You In This Storm" came on my iTunes radio.

Here's the deal - I'm not a Casting Crowns fan and when it comes to Christian music, I mostly love/listen to corporate worship tunes.  But like I said in this post, when you're at the end of yourself, at the very bottom, there's a part of you that yearns for the truth to be sung over you.  Whether or not you like the band just doesn't matter.

I was feeling helpless and just when I started setting up my own pity party in my head, an old man stopped me.  He asked to join me and so we walked and talked for about 20 minutes.  His name was Clyde and although nothing extravagant happened in our conversation with each other, I think it was God's way of removing me from my situation for a second and removing me from my hopeless thoughts.  By the time I was done talking with this really delightful old man, I wasn't really in the same place emotionally.  Yes, I was sad, but I was on my way to thinking logically.  This baby is never going to come turned into well, realistically, this baby has to come sometime.

Off and on, the rest of Memorial Day, my contractions came and went.  Sometimes 7 minutes apart, sometimes 10, and sometimes 30.  But they were always coming and going.  A morning spent at the Zoo was an effort to walk this baby out or at least keep things moving. 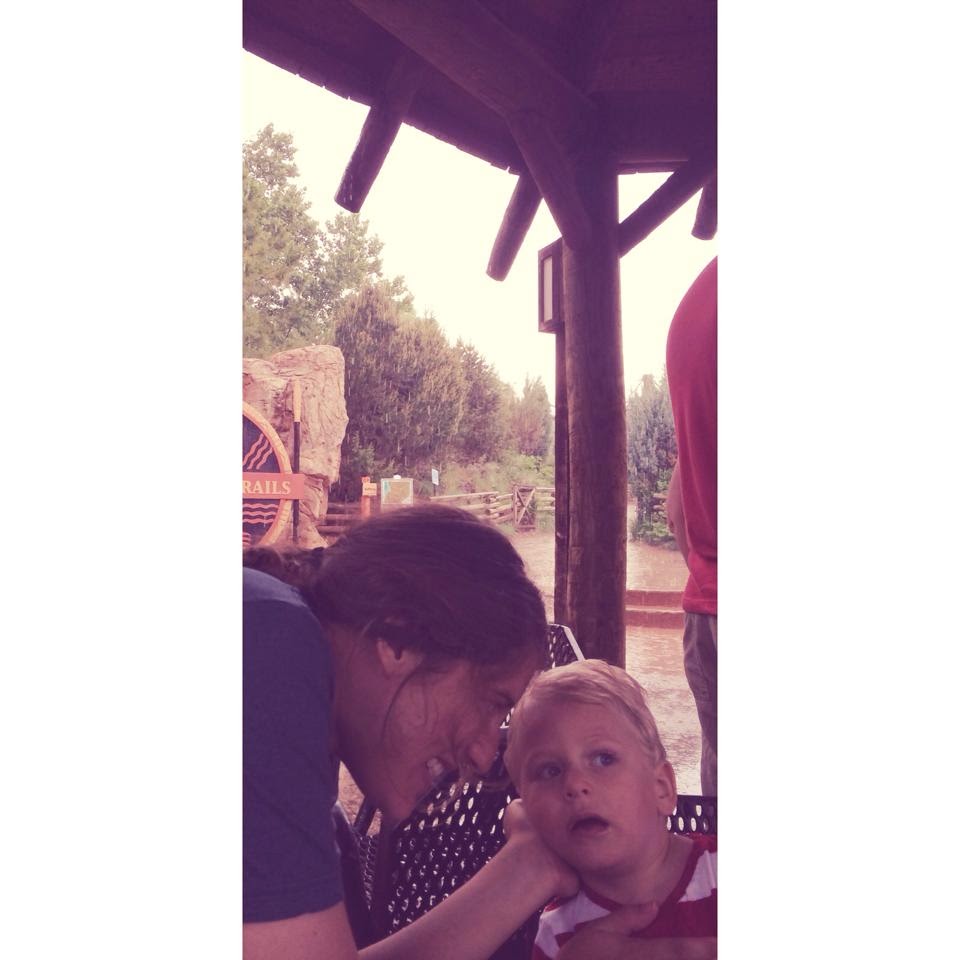 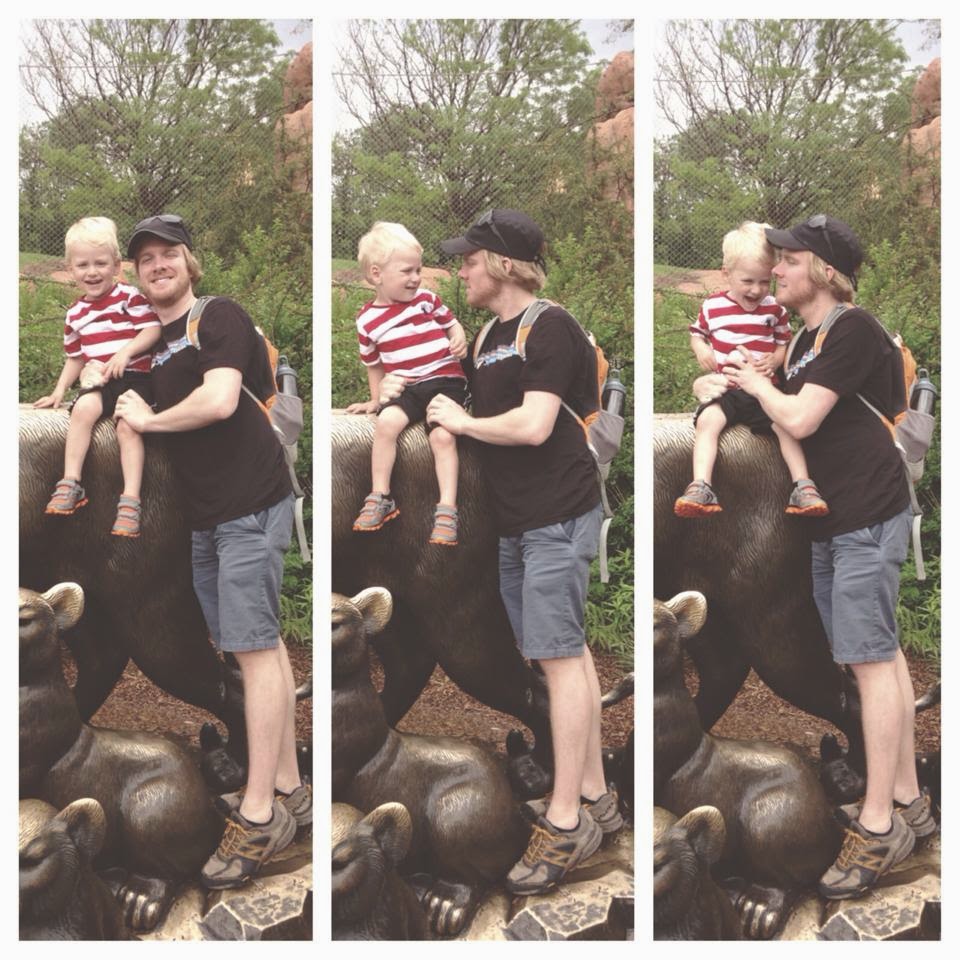 We went to bed on Monday night feeling hopeful that something would happen in the night.  We were sure of it.

A contraction woke me up around 1:40 a.m. and it was fairly painful.  (I hesitate using "painful" AT ALL during this part of labor simply because I know how painful it is when you're contracting at a 9 and you're in transition and you feel that ring of fire and you're about to push.  THAT is pain.)  Bottom line - the contractions were uncomfortable.

After lying in bed, timing and experiencing about 7 contractions, I decided I needed to get up.  I could no longer gracefully and quietly take them next to a sleeping Colt.  I told him that I was getting in the shower and that most likely, we'd be going to the hospital in a few hours.  As I labored in the shower and then in the dark living room, with an exercise ball, candle lit, and pillows around me, I kept track of all of my contractions.  Karlie was actually spending the night that night and was on the couch next to me.  It was a really peaceful time and although I was in some pain, I felt very calm and excited that this time had finally come.

Contractions were getting closer together.  They were now more like 8 minutes apart.  But then, it was like Groundhog Day all over again.  They began spacing out and things began to slow down.  I was getting tired and eventually was able to fall asleep, only waking up intermittently to a contraction.

Around 8:15 a.m., I officially woke up for the day so I could get ready for the appointment with the doctor that I thought would surely never happen.  Surely I'd have a baby or be in labor by then, I had previously thought.  I was devastated.  The sadness you feel when you truly believe you're about to head to the hospital to have a sweet baby only to find yourself waking up in your own bed is a very unique sadness.  I felt pretty empty.  However, my body was doing what it needed to do.  I couldn't make things go faster.

The good news?  The doctor told me that I was dilated to a 2.  (Hey, it's better than a 1.)  So my body was definitely getting things ready, just at a pace that I'm unfamiliar with.  Because I would be 42 weeks that upcoming Friday, we set up for me to go in on Thursday night to get the cervidil going.  If things didn't happen by Friday morning at 5:30 a.m., the pitocin would begin.  I was praying I wouldn't get to Thursday night and that Nova would just come.  But, obviously, if induction was the route I had to take this time, then induction it would be.  Going past 42 weeks wasn't an option on my end or my doctor's.

All through the night, I popped up out of bed with a contraction every 45 minutes to an hour.  It wasn't that bad since I was able to fall back asleep between each one.  But I woke up around 5:30 a.m. and that's when they really started doing their thing.  For almost 3 hours, they were 8-15 minutes apart.  They started spreading back out around 8:30 a.m., but I knew driving Duke to Mother's Day Out wasn't possible.  However, I really was looking forward to having a day to labor in peace, so ... mom to the rescue.

She picked us up, we dropped Duke off, she bought me some yummy breakfast at Panera, I had 3-4 bad contractions in the car, and then I spent the rest of the day relaxing at her house.  I took a crazy long bath that was heaven, and munched on crushed ice.  At this point, my contractions were only happening about every 20-30 minutes but they were for real.

Day 12 of being overdue was really tough.  Contractions were frequent enough to be exhausting, but far enough apart to still require me to live normal life.  I'm so thankful I had help.  Living my life with a toddler while contractions came and went was interesting.  "Mommy, why are you breathing like that?" or "Mommy, why you blowing?" were common questions as I breathed deeply in and out for each one.

Later that evening, I decided we should head to the hospital.  My contractions still weren't close enough to technically be admitted, but I wanted to give it a shot.  They were painful, and I felt getting to the hospital would be the best thing.

We met my parents there around 9:15 p.m.  Duke hopped in their car, my mom and sister prayed over me, and Colt and I headed inside. 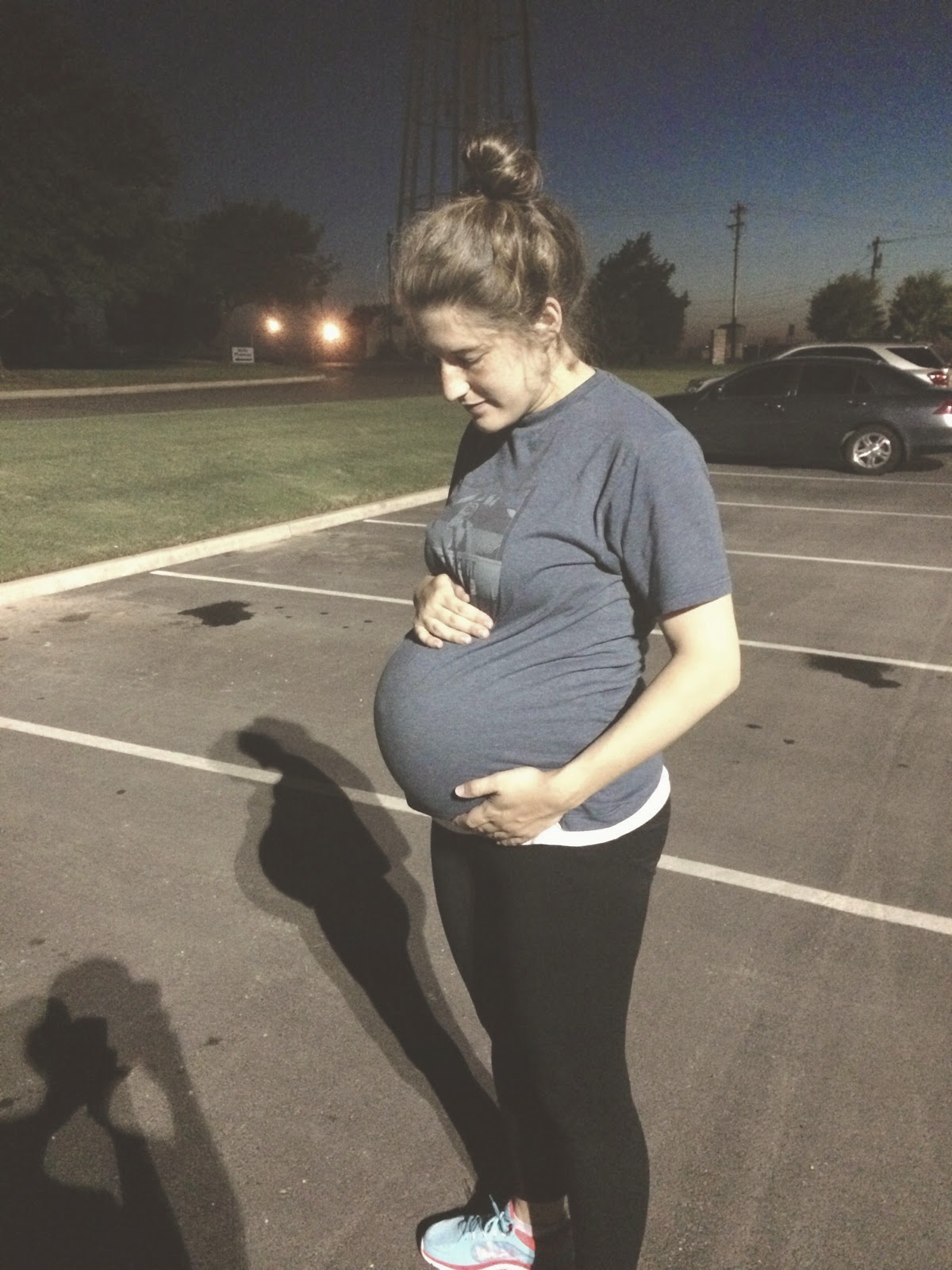 (Finally at the hospital - 12 days overdue)

This was a hard season - the overdue part and the drawn out beginning stages of labor part.  My body was tired and my heart was bursting with love.  I was so ready to labor, deliver, hold, nurse, sing to, and look at precious Nova.  She was really making me work for this, but I knew she'd be so worth it.

Next:  Nova's birth story
Posted by Claire@MyDevising at 4:24 PM