nursing nova: part 4 - breast is best unless you're going insane 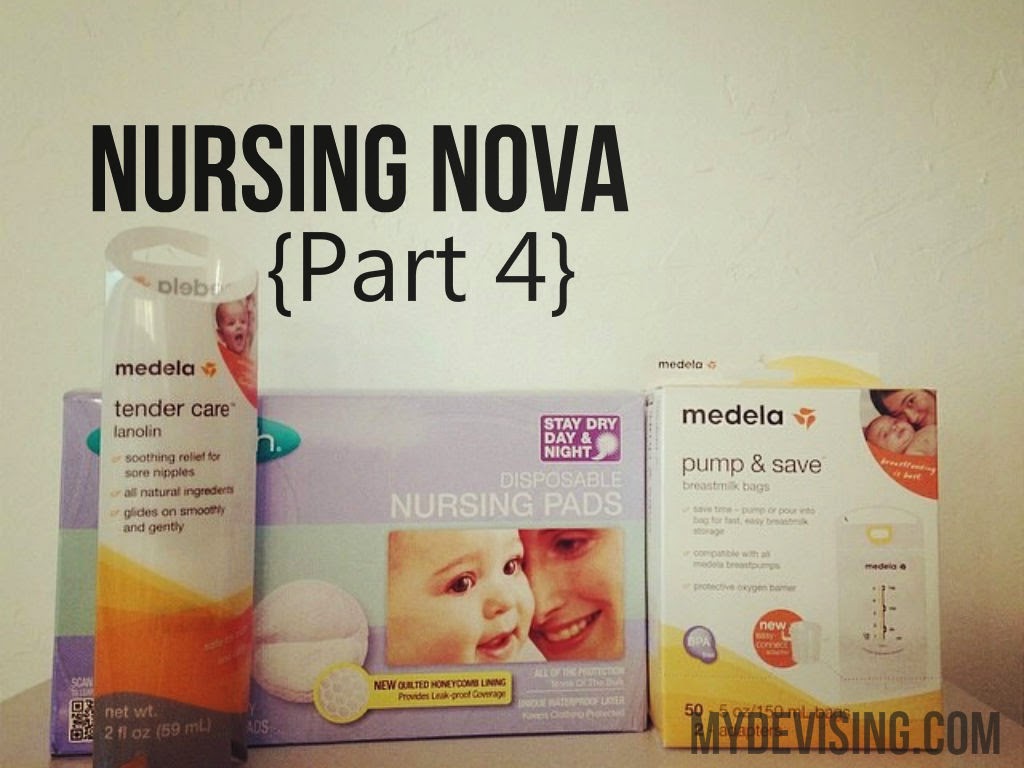 I once heard a friend say, "I went into the other room to mix my formula bottle for my baby so that so-and-so wouldn't look and judge me."

I once heard a friend say, "Even though I exclusively pumped, I wanted to shout everytime that I fed my baby a bottle in public that THIS IS BREASTMILK, NOT FORMULA!"

I once heard a friend say while getting out her formula, "I'm embarrassed, but I'm feeding formula, you guys."

Feeding our babies is such A THING.  And now that I'm a formula feeder, I totally get it.

It's amazing how quickly we moms can beat ourselves up with what we've done wrong and how we're to blame for x, y, and z.  We're such suckers for guilt and shame.   For example, when I was initially experiencing my nursing issues with Nova, the blame went straight to me.  It's not working because I got an epidural instead of having her naturally like I had Duke.  It's not working because I started doing too much too quickly after having her.  It's not working because I wasn't feeding her enough.  None of these were true.  I don't believe natural births equal perfect nursing experiences.  I don't believe recovering quickly, doing dishes, and tending to a toddler create nursing issues.  And I certainly don't believe I wasn't feeding her enough, my gracious!  Letting all of that go was really hard, but really necessary.

I just got to the place where I am 100% content with feeding formula to my baby girl.  (Remember - not because I'm against formula, but because I wanted so badly to nurse.)  It's starting to feel good and normal.

If you've followed along with this story, you know that all of the nursing complications were on Nova's end.  Something that was supposed to be easy for me turned into something that I had to fight for.  I'm all about pushing through hard things because I believe hard things turn out to be some of the best things.  I even like to work hard for things.  I like feeling crazy exhausted and getting to the end of something and having my reward.  But there was a very evident theme of "No matter what you do, you can't make things happen" going on with Nova's entrance into this world.  It started with being overdue.  And again with the birth.  And again with the nursing.

While it was hard breastfeeding Duke for a year, it was a wonderful thing.  I wasn't in nursing bliss every day of my life for that year, but there were precious moments that I'll never forget.  Obviously, breast is best and I will advocate for breastfeeding all the day long.  I will encourage anyone and everyone to at least try it and give it their darndest.  BUT.

When you feel like you're no longer sane, breast needs to be okay with second place.  Breast is only best if you can keep your sanity, too.

However, it didn't feel like that at first.  Putting formula in my cart at the store was really hard in the beginning.  Not only was it a reminder that I wasn't nursing Nova, but that I wasn't giving my baby "the best."

Pre-Nova, my response to, "I tried nursing, but she just wouldn't latch/I didn't have enough milk/it just wasn't working/etc.," was wrong.  Of course, I would've never said it, but I'd silently think, you probably just didn't try hard enough.

Ugh.  It gives me the heebee jeebies just typing that out.  Why?  Because I tried all the things to try besides surgery to Nova's mouth.  Every blasted option was exhausted.  Someone thinking I just didn't try hard enough would be offensive, hurtful, and probably fill me with rage.

I am the prime example of a stubborn-do-whatever-it-takes-to-achieve-a-goal kind of person.  And I'm telling you:  Sometimes it doesn't matter how determined you are.  Some people just can't nurse their babies and no amount of determination will change that.

This list of reasons is not exhaustive and could go on.  Bottom line:  we're all different and we're all OKAY.

While I do believe that breast is best, I know that it's not always an option or a desire.  When it comes to feeding, to each his own.  We can all agree that babies should be loved and fed, which is really the only issue worth fighting for.  How we feed them isn't.

(P.S. If you need encouragement for not breastfeeding, www.scarymommy.com has a million posts on it.  They tend to use pretty colorful language, just a warning.  But you will get lost in the humor and the honesty.)
Posted by Claire@MyDevising at 7:55 AM