weekend review - memorial half marathon 2014, the arts festival, and finishing the nursery

Because this weekend consisted of Colt's half marathon, a wedding, and my students' piano recital, Duke stayed in Stillwater.  It was going to be way easier than finding a million babysitters.  Plus, Duke loves being out there and I knew he'd enjoy some time with people he loves.  (Thanks, Mimi and Pappaw, for letting him visit!) 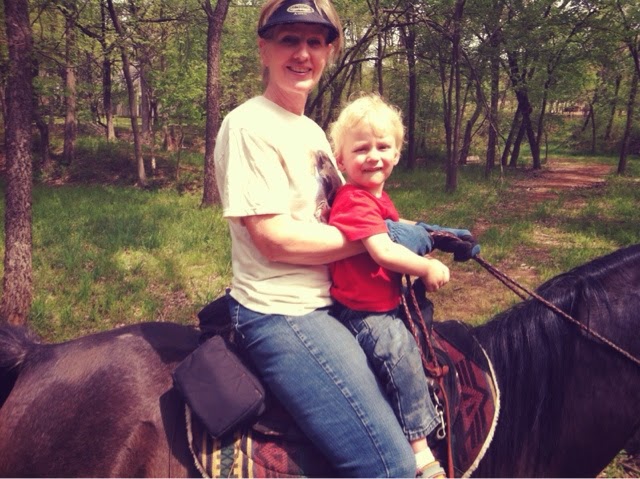 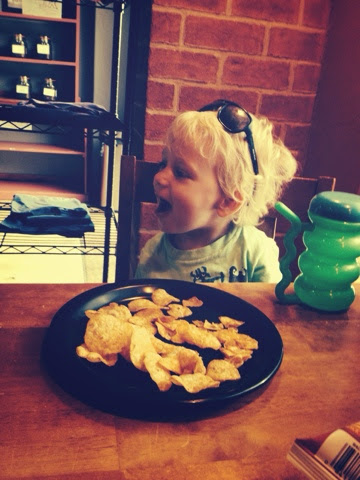 (Duke chillin' at the "coppee shop.")

This meant Colt and I got a little stay-cation babymoon (even though we technically already had our babymoon).  Getting the nursery ready for Nova was our main concern.  I wanted to feel at rest knowing that it was all put together.  I know we are perfectly capable of bringing home a baby at any time, but I knew it would be that much more relaxing to have her room ready to go.  I'll share more on her nursery later, but for now, here's a little glimpse. 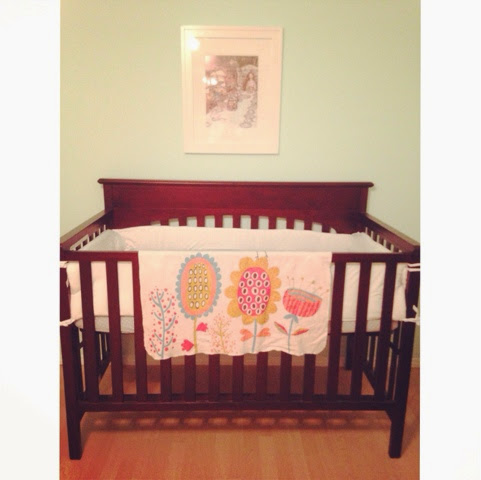 My next concern was going to the OKC Arts Festival and, boy, am I glad we went.  It was absolutely one of the yummiest nights of this entire pregnancy.  Colt totally went with all of my food desires and it was amazing.  We started off with the Chicken & Waffles, which was actually the one thing I didn't want.  Which is silly because I've never even had it.  But I was just kind of tired of hearing people rave about it.  Turns out, it seemed to be the thing that sounded the best, so we gave it a shot.  Oh my gosh.  I talked about it the rest of the night.  Next, we each had a serving of Frito Chili Pie followed by some Dippin Dots.  I could hardly walk by the end of the night and I'm not exaggerating.

Although the food was delicious, the best part of the night was this guy, no doubt.  Funny how I thought having a kid (or kids) would somehow mess up what we have.  It's actually made our relationship even richer.  I just love him. 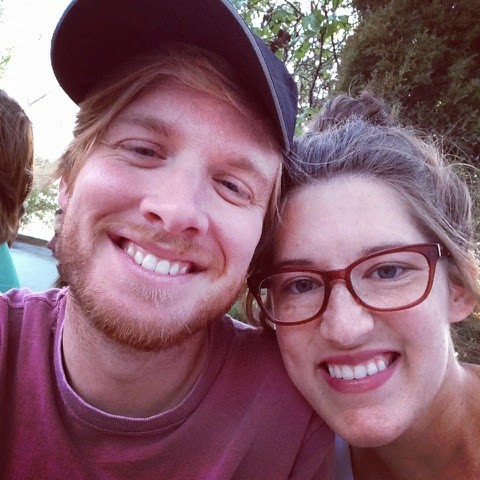 Another fun thing we got to do was meet up with our sweet friends from Stillwater who were in town for the marathon.  We got to spend a couple of hours talking with them over some tasty drinks at Coffee Slingers.  It's pretty much been our tradition the past few years to get together on marathon weekend and we look forward to it so much.  They're those kinds of friends that you pick up right where you left off, whether you talked 1 month ago or 1 year ago. 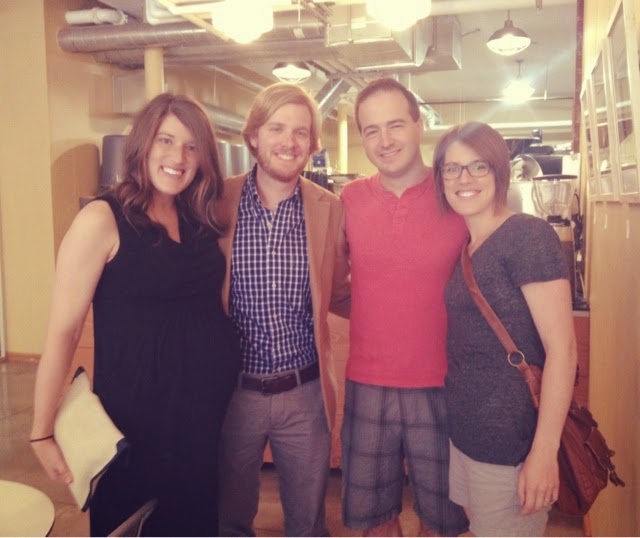 As you can probably assume, I did not participate in the Memorial marathon.  I know some pregnant women of 37 weeks totally would, but not this one.  Cleaning up all of Duke's trains at the end of the day is enough of a workout for me. 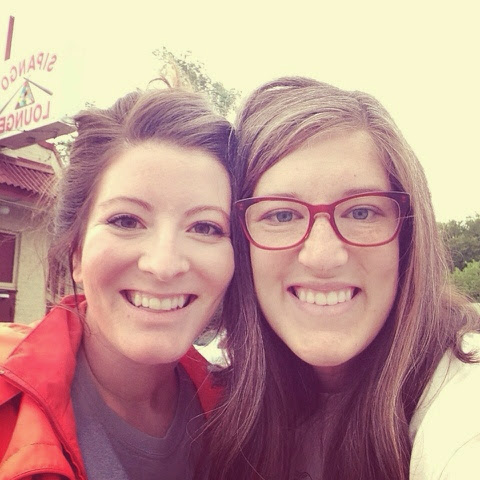 Sara was my watching buddy and helped me capture Colt and Evan in the half marathon.  We got some gas station breakfast and coffee and then parked in our spot around mile 7.  Thanks to Twitter and the ability to watch live news on our phones, we were kept up to date with the status of the race.  Because of the weather (lightning being the issue), the race didn't start until 2 hours after the original start time.

This was kind of awful - mainly because runners plan things out based on a certain start time.  We plan our food intake (what and when) and our bathroom time (like whether or not we plan on pooping before the race).  For most, a 2 hour delay messed a lot of that up.  I don't know of anyone who achieved a PR on Sunday.  BUT - everyone that I knew was running pushed through and finished the race.  That's what really counts in a scenario like this.

I've run this half marathon 3 years (2010, 2012, and 2013).  I skipped 2011 due to being pregnant with Duke, but mostly due to a foot injury that I just couldn't shake.  It was definitely the Lord's protection since the weather ended up being absolutely terrible (freezing rain!).  People got hypothermia, passed out, etc.  It wasn't a good day for running long distances.  And this year - the rain and 2 hour delay weren't awesome.  So if you want to know whether or not the weather is going to be favorable, just ask me if I'm running.  If I run = good weather.  If I don't run = bad weather.  (We'll see if this theory holds up next year ...) 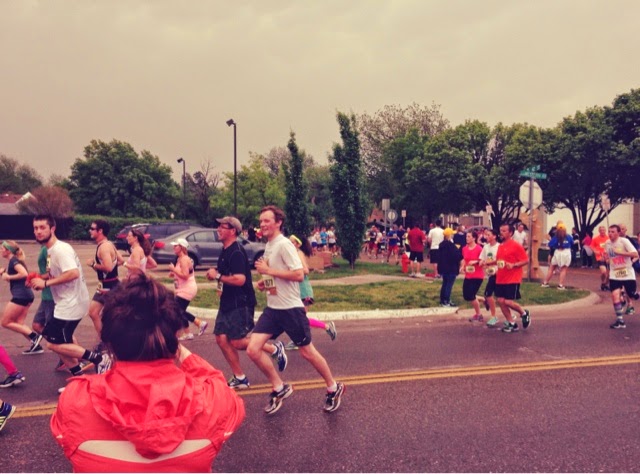 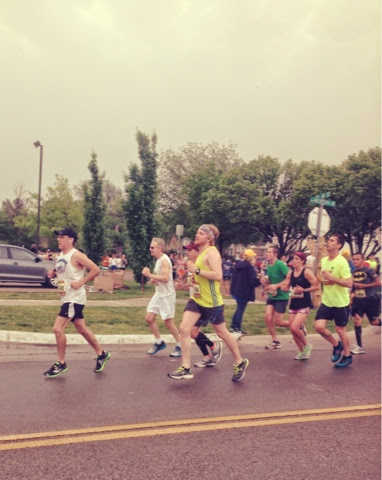 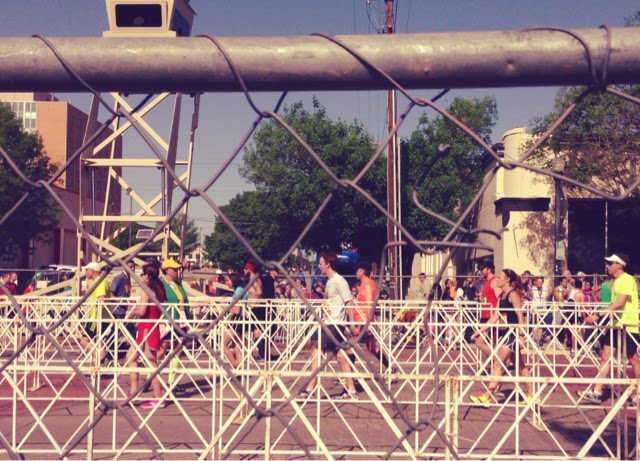 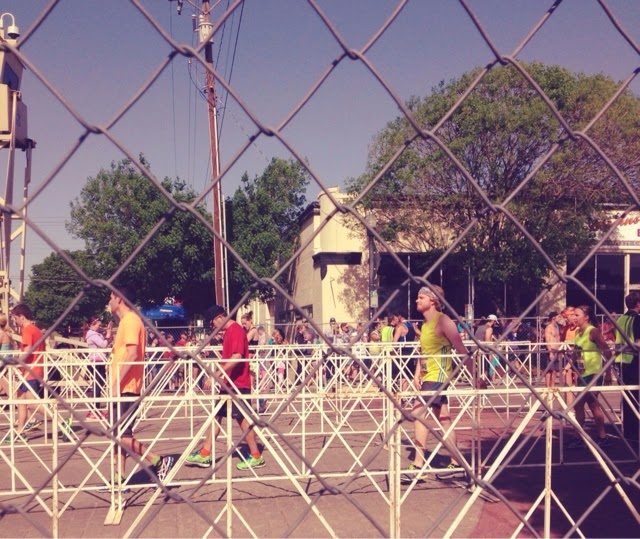 Colt wasn't incredibly pleased with his time - it wasn't his best, but it wasn't his worst.  I'm just proud of him for sticking it out and finishing!  He and Evan did a great job.  Congrats to all of the runners who participated this year! 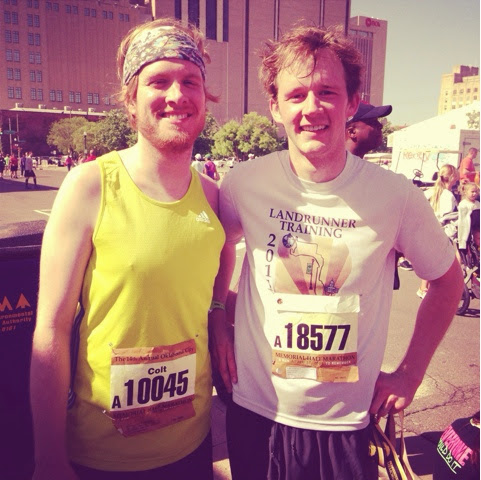 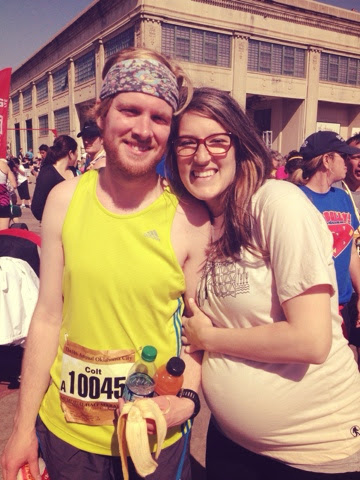 Posted by Claire@MyDevising at 3:34 PM