the story behind our new EP 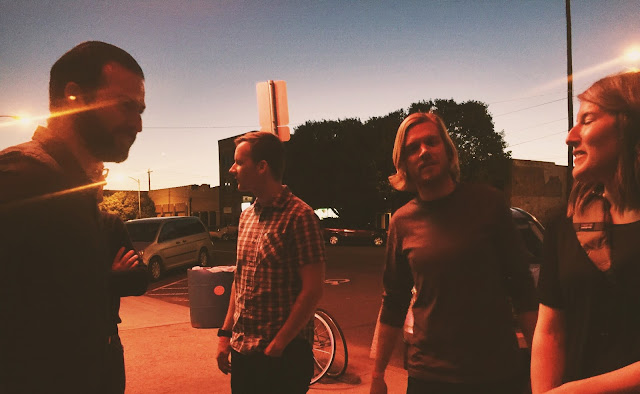 Asking people for money is one of the worst things. But when you're a musician wanting to make a record in 2016, it's hard to get around it. The majority of music is practically free these days and not many people will even fork out $10 for an album done by their most favorite artist. Which is why I'm here asking you for help.

But before I get any further, let me start at the beginning.

First of all, I'm in a band. We recently launched a Kickstarter campaign to fund our next EP which we plan to release this summer/fall. Although our Kickstarter promo video shares a general idea of where these songs come from, I wanted to give a more detailed account here. So, if you're wanting the full story behind our upcoming EP, you're in the right place.

On July 20th, 2012, I released my first EP as a "solo artist." (I use quotes because while I do take my music seriously, I don't take myself that seriously. But I'm not sure what else to call that first project of mine.) My goal for this little EP was to have a simple representation of my music - just me and the piano. Up until that point, I'd always worked with our band, Mopak, on Colt's songs. Recording my own songs was a big step for me and I was excited to conquer that uncharted territory, small as it was.

On the night of that same day, July 20th, my life changed. We were out on a triple date with some of our best friends (the folks who make up Mopak and their wives) when I had an unbelievable and sudden panic attack. My first one ever. I had no reference point for this. Little did I know, I would spend the next days filled with excruciating anxiety, visiting the ER, and getting prescribed Xanax because "sometimes these things just happen." Needless to say, the accomplishment of releasing my solo EP was buried and marked in my heart and memory as being one of the scariest days of my life.

If you've been a part of my life or read my blog for any amount of time, you know the rest of this story. (The whole story is here.) After months of counseling, lots of prayer, and lots of wonderful people encouraging me, I reached a point where I had found a new normal. No, my anxiety wasn't eliminated, but I could manage it.

As I was coming out of this really dark season, I began to write songs that were very specific to my struggle. I dreamed of one day recording an EP that would tell this story from start to finish. I had a few songs written, but couldn't seem to complete the project. Those songs sat in my notebook for quite awhile.

I was faced with new challenges as I waited on Nova's arrival (my second child), didn't experience the birth I had hoped for, and struggled to nurse her. There were some emotions that were uncovered through all of those hard moments that I hadn't really experienced before. A spirit of disillusionment, anger, and disbelief began stirring in my heart. For lack of a better phrase, I struggled with my faith. I think "struggled with my faith" sounds really sweet and hopeful sometimes. But this wasn't that way.  I was questioning the character of God and it was a devastating feeling.

As I moved through that season, I realized there were some common threads between those two journeys. Both of these journeys (the anxiety and the struggles with Nova) exposed who I really was and what I really thought. I learned things about myself that I'd never known before.

In the midst of that struggle in 2014, I dug those songs back out from 2012. I began adding to them, making changes, and writing new ones. Then it hit me. All of this went together. It was one big story about coming out on the other side of doubt, frustration, cynicism, anxiety, confusion, and abandonment. It's a story of being honest with yourself and others about who you are and what you think. It's a story of working through something really hard and allowing yourself to be changed because of it. It's a story that we all relate to.

We all walk through dark places. Not one person is exempt. But what we do with all of it either pushes us forward into better versions of ourselves or keeps us imprisoned to bitterness, grudges, pride, and isolation.

So that's the background of this whole thing. And here's where you come in.

Releasing this EP will be a milestone for me. It's a way of redeeming that release on July 20th, 2012 that quickly became overshadowed by darkness. It's the end of a chapter, the tying of loose ends, the closing of a book. Sharing these songs is part of the closure associated with these seasons of life. Sharing these songs is part of the healing process. This EP is a full-circle moment for me.

I'm asking for your support to get this record done. I'm really proud of these songs and if you're a human who likes music and has endured any kind of hardship in your life, I think you'll like them too. I kindly ask you to please consider helping us make this EP by giving to our Kickstarter, and by spreading the word to any who might be interested.