the art of replacing 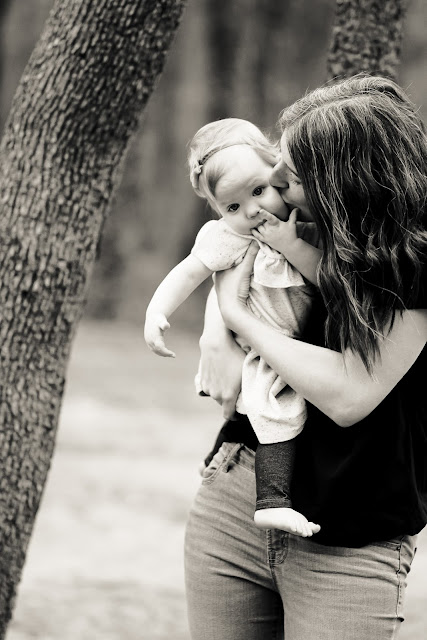 There were two ways to go about this. We could frustrate Veda and create conflict by ripping it away quickly, saying "No!", and going back to whatever we were doing. Or we could gently remove the toy from her hands, saying "No, no, Veda. Not for you," and then give her something better to replace it. I'm always telling Duke and Nova to be sure and give her something else when you take something away.

Several years ago, I learned the skill of replacing worry/fear/anxious thoughts in my mind with truth, with scripture, or, really, with just about anything else.

I used The Rule of 5 a lot when I was first learning how to fight those panicked feelings that would rise up in me. It was something I intuitively did before knowing it was an actual technique. I replaced whatever anxious thoughts were going on in my mind with what was actually happening around me by finding these things:

There were a few months in that same season of life when I would recite Psalm 91:9-10 in my head over and over every night until I fell asleep. Nights were hard because they were silent and still. If I wasn't intentional, I would end up in a dark place mentally.

We can't think about two things at one time, so understanding I had control over what I thought about and what I dwelled on was reassuring. It was hard work, yes, but it was not impossible work. And the reason it wasn't impossible was because I replaced what was harmful for me with what was life-giving.

It felt forced, disciplined, and even contrived sometimes. I didn't necessarily believe the truth or believe the scripture every single time. But it got me out of the pit and it set my gaze in the right direction. Eventually those things did become true and genuine. I felt them deep down in my soul. Eventually the art of replacing fear became a natural reaction when it crept up. I hardly even had to remember to do it.

I'm not in a different spot now because I simply stopped being fearful or I stopped thinking anxious thoughts. I'm in a different spot because I replaced (and replace) fear and anxious thoughts with something else.  Of course, there will always be an opportunity to go down that familiar path. I am not exempt from facing fear and anxiety. However, I am set free from their grip and control. They are no longer running the show. And if I want to continue living free from fear and anxiety, something will always have to go in their place.

It seemed daunting to work through all of it right at first. I remember thinking, "I'm going to feel like this for the rest of my life." I couldn't see how life could change or be different. And I had a feeling that even if it could or would be, it would take a significant amount of work on my part and a complete surrender of my old life, old reactions, old thought patterns, and old habits. I would have to be reworked from the inside out. It would be exhausting.

But what I know to be true is that life with God is not a life of less. It's not a life of restriction or a life of rules. It is a life of more, a life of freedom. It's a freedom we can't quite understand sometimes because we have built up our own prisons that we've gotten really comfortable with.

I had become comfortable navigating the circumstances of life with fear-colored glasses, seeing the next problem, conflict, or scary situation on the horizon. I believed that if I thought through all the scenarios that could ever play out in life that I would somehow secure my future. I would be surprised by nothing, I thought. I believed that my knowledge of all of these possible plot twists somehow put me in control. That my ability to forecast all potential outcomes was some sort of guarantee that if something truly awful did happen, I would escape the full painful result of it simply because I had rightly predicted it. That it wouldn't affect me as much because I saw it coming.

This was the prison I had created for myself without knowing it. Deep within me was a desire to be safe, right, and unaffected by tragedy. And instead of running to God for my security, I built a prison of control with my own hands in an attempt to dodge disaster.

Of course, I had never identified any of these beliefs or lies until everything came crashing down. Until the panic attack.

That was something I hadn't planned for, something I hadn't seen on the horizon. I had missed it. I hadn't thought about that type of devastation as an option. And then it hit me. Even if I plan for all the really bad things I can come up with in my mind, I could still be blindsided by something else terrible. I had to come to the realization that I had absolutely zero control over my surroundings or the future, and that was terrifying.

But finally, because my illusion of control had been shattered, I was able to see clearly how I was operating out of fear. It was scary, but it was exactly what I needed.

When God is asking us for something, it is because there is something better on the other side. God asks to take something from me so that he can replace it with something I can't give myself.

If I let him in, he will build things in me I cannot build for myself.

I love Veda. If I take something from her hands, it is for her good. Instead of that tiny lego that Veda thinks she wants to choke on, I give her a toy cookie jar that lights up, sings songs, and teaches her shapes and numbers. And if she knew what I knew, she'd choose the cookie jar too.

I have learned and am continuing to learn that I can trust that the thing God is working on in me is for my greater good. It is for an outcome far better than I could imagine. And he wants to do the same thing for you.


*I've linked several other blog posts throughout this post in hopes that they will be helpful or encouraging to some of you. If you're interested reading all of my blog posts on the topics of anxiety, fear, or panic attacks, click here to see them all in one place.
Posted by Claire@MyDevising at 2:57 PM