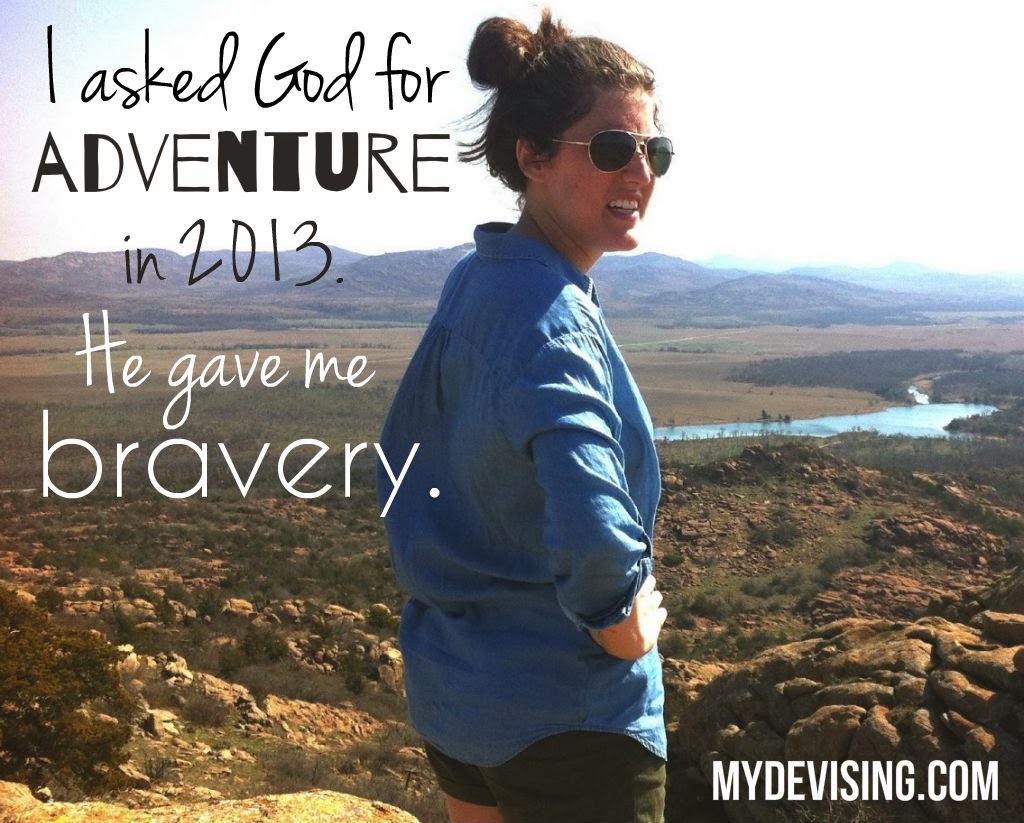 On July 20, 2012, I couldn't imagine living life a year from then.  No exaggeration.  My life felt like it was over and like all of the good had been sucked out of it.  It was the most hopeless feeling I'd ever felt.  But instead of turning to Xanax or other easier ways out, I turned to God, I turned to counseling, and I worked really hard.  It was a long road and it's still something I have to manage, but it's been worth it.

I want to give you guys (and myself) a little timeline of some random snippets that have happened along the way.  I'm going to start all the way back in 2012, pre-anxiety.  Some of these events may seem small, insignificant, or even silly, but regardless, they're a part of my story.

April 2012
Karlie (my sister) and I were asked to lead music for a women's retreat happening in May 2013.  There weren't any details given at the time, but we gladly accepted.

On the 20th, anxiety hit.  Then I had a revelation and an experience with God on July 24th that was like nothing else I'd ever felt or known.

September 2012
I started attending a MOMS group and, unbeknownst to me, our bible study was entitled "Brave."  It couldn't have been more fitting.  It was exactly what I needed.  In fact, it's part of what pushed me to finally decide to actually get help from a counselor in October.

January 2013
Colt and I deemed "Adventure" as our word for the year.  We truly felt like it was a word from the Lord.

March 2013
Karlie and I were asked to lead music for a women's retreat in April.  I was informed that the theme of this retreat was "Brave."

Oh, and the woman in charge of the women's retreat for May 2013 called me this month to nail down some details.  She informed me that the theme for their weekend would be "Fear Not."

As you can see, there was a specific theme that God was weaving through my life.  It was no coincidence.  I couldn't have planned any of it and I couldn't have manipulated any of it.  This was the Lord, reassuring me over and over that this was who he was making me to be:  Brave.

I think Bravery and Adventure go hand in hand.  I don't really know of many people who are adventurous but lack bravery.

On the surface, it's pretty easy to sift through the events of 2013 and see adventure simply in all of the millions of trips we took and musical/creative endeavors we invested in.  But I think there's more.  As I look back on the year, learning to be brave WAS my adventure.  2012 brought some crazy change to my life and when I entered into 2013, I knew I was called to be someone different - someone that doesn't live a life of worry, someone who doesn't base decisions on fear, someone who takes all of my thoughts captive and throws out the ones that aren't healthy for me.  It may seem lame, but doing all of that was an adventure.  Working on becoming that person was hard and I had to ask for help every day.  (I still do!)

You can say I'm reading too much into all of this.  Or you can be amazed at how all of these tiny things were brought together.  Sara Bareilles didn't have me in mind when she wrote her single, but God did.  Those 2 women's retreats had no idea I was battling anxiety when they called to ask me if I'd lead their women as they learned about bravery and letting go of fear, but God did.  The ladies in charge of picking the bible study for my MOMS group didn't know that I needed to learn about how to become a brave woman, but God did.

And that's just it - God knows you.  He puts all of these little details together.  He's always doing things like this, but if we're not willing to open up our eyes and actually see them, then we miss it and become cynical people who doubt His existence.  If you want to see God and experience God in your life, then ask for it.  Ask for it with 100% belief that it will happen.

I don't believe in manipulating circumstances to make it seem like God is present and acting in our lives.  I just believe in the truth.  What God has done in my life in the past year is nothing I could have done myself.

I have no idea what this next year will hold.  But I'm praying and asking God for a word just like I did last year.
My prayer/challenge for you is to ask God for the same thing.  What is something that only God could do for you - that no person could make happen for you?  What is something you need to know, feel, see, or become?  Be honest and ask Him.  Believe He'll do it.  Then look for it.  He's ready to give you your new adventure.
Posted by Claire@MyDevising at 4:53 PM